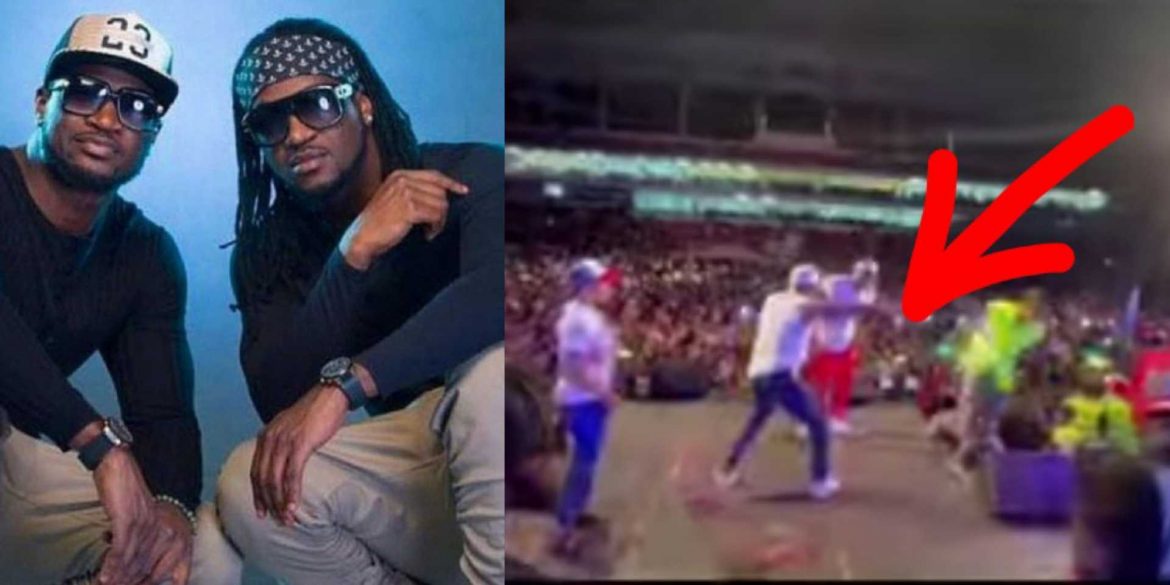 Afrobeats legendary duo, Peter and Paul Okoye, popularly known as P-Square, have received massive criticisms from netizens following their encounter with a fan in Malabo, the capital of Equatorial Guinea, on Friday night.

A video from their concert shows the moment the singers ‘aggressively’ pushed the young fan off stage who believably had allowed his emotions get the better of him and stormed the podium during their performance.

The comment section of the video which was shared by the singers an hour ago on Instagram has been thronged with mixed opinions from people who fault their action towards the fan.

Though many justified P-Square’s gesture, a few others posited that the young fan could have been badly injured owing to the force that accompanied the push.

@Jer_Ban wrote: “You shouldn’t have pushed him, you could have injured him badly.”

@Madeyy: “This is not nice at all. He is only a fan. Why push him so hard off the stage?.”