A man has taken to Twitter to call out his ex-girlfriend after she invaded his house with two of her friends and caused a scene in the middle of the night.

According to the man identified as Omoke, his ex-girlfriend stormed his compound at 4 am to “talk” in the hopes of reconciling with him.

When things didn’t go as planned, the estranged girlfriend, whom the guy identified as GK, allegedly started destroying his flower pots and causing a ruckus in the compound. 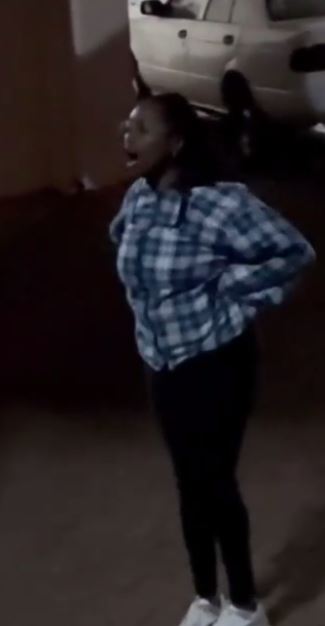 Sharing the video showing the lady screaming in his compound, he wrote,

“Fam why the fuck this girl invade my house at 4 AM? 😭😭😭 Shows up to my door. Asking to reconcile. When I don’t let her and two friends in, she breaks my flower pots then this follows 😂

“We are fcking here to talk” 😭😭 Fam what does a nigga have to do to free himself?”. 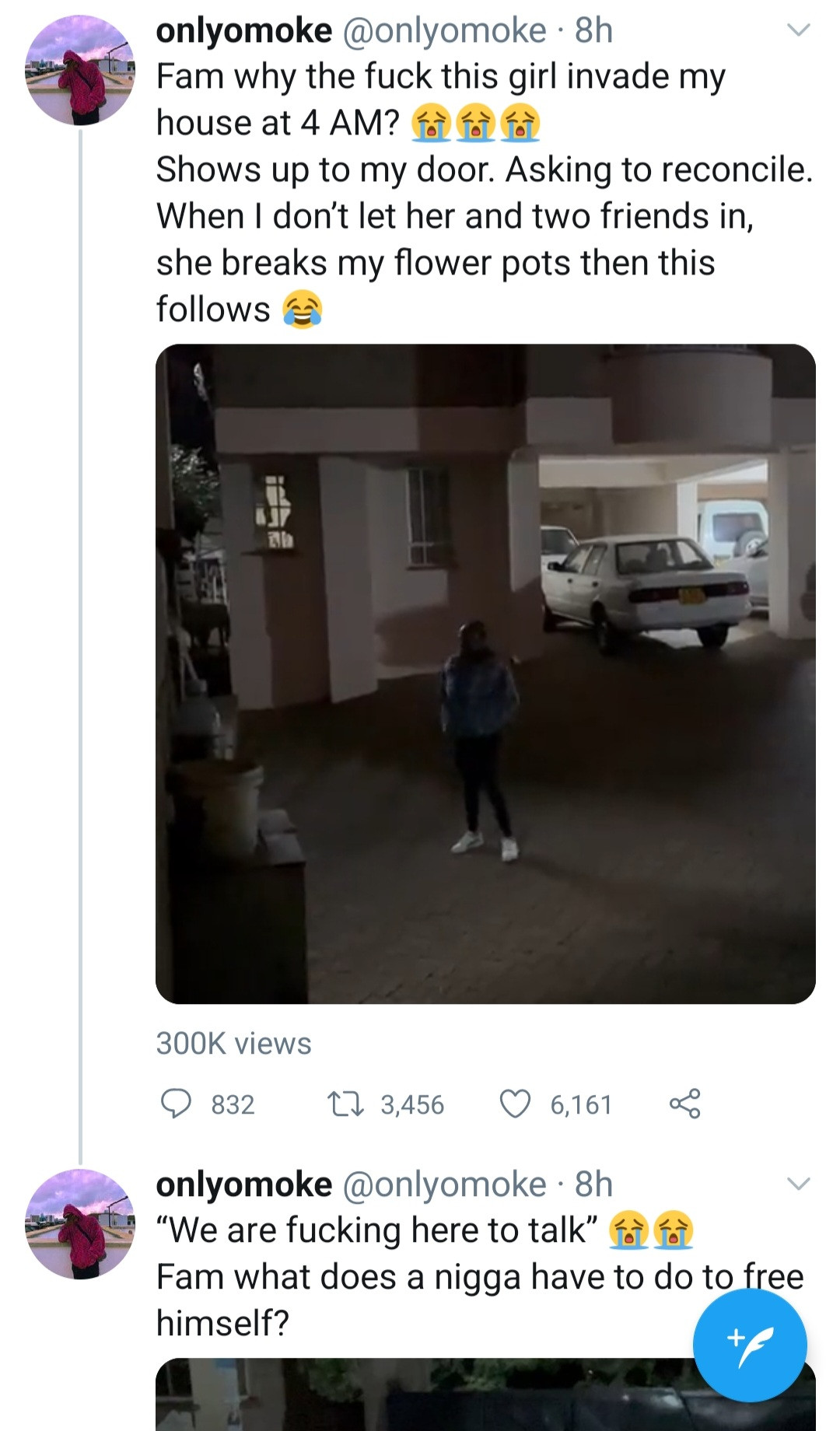 In other news, a couple have called off their relationship of one year after the lady refused to compromise on her stance of “no coitus before marriage.”

Screenshots of their WhatsApp conversation is currently serving rounds online and has gotten people talking online.

In the chat, the man said he was tired of being celibate and wants to consummate their relationship but the lady maintained that she doesn’t want them to have sex without getting married first, and berated him for not respecting her enough to wait until marriage.

The man who seemed frustrated by his girlfriend’s refusal to have sex with him, then asked if she doesn’t find him sexually attractive.

Responding, she said that was not the case and that she doesn’t want to have sex with him because she thinks he would get tired of her if they start having sex.

After tabling their arguments, they decided to part ways on grounds of incompatibility.