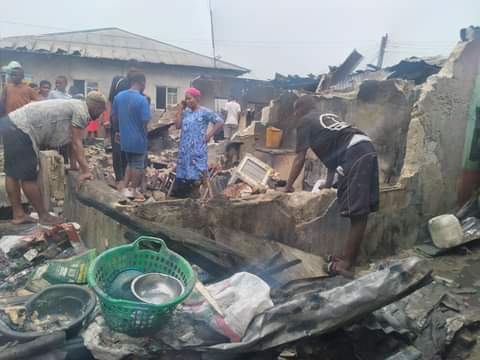 Former Director-General of the Nigeria Maritime Administration and Safety Agency (NIMASA), Dr. Dakuku Peterside says Governor Nyesom Wike’s forceful ejection of over 100,000 poor and vulnerable Rivers residents from their waterfront homes is “wicked, evil and inhuman,” pointing out that it is part of the governor’s plans to convert the areas into personal ownership.

He was reacting to the recent ejection of residents from more than 10 waterfront communities in Diobu, Port Harcourt, the Rivers State capital. 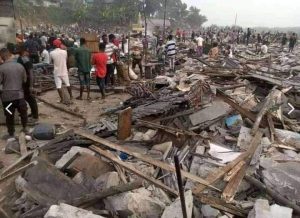 Dakuku, who described Wike’s action against the residents as callous, said the spite with which the governor treated the waterfront occupants was cruel as there was no lawful quit notice or any compensation paid.

“This commando-style of doing things always adopted by Wike has become the hallmark of his administration and its legacy,” he stressed.

While noting that Governor Wike’s action against the waterfront residents is against all Universal Laws and Conventions on Human Rights and Habitation, including the United Nations Human Settlement Programme, UN-Habitat, United Nations Housing Rights Programme, UNHRP, the 1948 Universal Declaration on Human Rights, the 1966 International Covenant on Economic, Social and Cultural Rights and Nigeria’s Policy on Housing, Peterside stressed that shelter was a right and fundamental to the welfare, survival and health of man.

“For Wike, who, in the over six years of his regime, was unable to provide any sort of housing programme for Rivers residents, to sack them from the little they had, shows how he holds Rivers’ poor population in disdain. Some of the residents of those demolished areas, most of whom are Rivers people, had lived there for over forty years. His actions have dislocated many families and ruined their economic survival, throwing them into the worst form of poverty. Gov. Wike’s action has created more nuisance than sanity or security,” he stated.

See also  Why Wike Should Should Not Be Criticise For Donating #500Million To Sokoto State Government.

Dr Peterside said in as much as he stood with and would support any urban renewal programme, such should follow due process and have human face.

“I totally support urban renewal but it should follow due process that will respect human dignity and inflict minimal pains on the people. A responsible government would plan with inputs from all critical stakeholders, reach an understanding with residents of the affected areas on a workable timeline, and pay necessary financial compensation to cushion the effects of consequential migration.

“Rivers people do not know the vision and development goals of the Wike administration for waterfront development other than primitive acquisition of land for the governor and his cronies” said Dakuku.

He challenged Wike to make public his development plans for those sacked waterfront settlements if he had any. 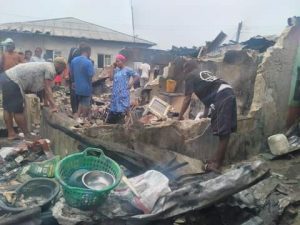 “All he is interested in is transactions that will give him monetary benefits. Those sacked waterfront residents should not forget Wike’s wickedness against them and repay him and the Peoples Democratic Party, PDP, come 2023,” he summed up.