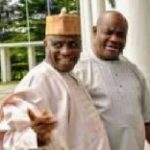 Since Then,Wike Had Been under fire And Criticised over His Donation.

Pensioners in Rivers State are gnashing their teeth over Governor Nyesom Wike’s N500million largesse to the Sokoto State Government to douse the pain on the state and traders affected by the inferno at Sokoto Central Market.

The pensioners, who lampooned the governor, said N500million would have to a high extent met some of the demands of retired civil servants in the State.

Some retirees who spoke to newsmen at the Rivers State Secretariat Complex lamented that since the Governor assumed office in 2015, Pensioners are yet to receive their gratuities and pension arrears.

One of the retirees, Bariza Kpaen said, “How can our governor give out such an amount of money when there are so many unresolved financial issues? We the governor to immediately settle the issues surrounding the gratuity and Pension arrears now that it is obvious that he has so much to spend.”

Another retiree who simply identified herself as Hart, said, “Some of our colleagues have died for lack of funds to take care of themselves medically and otherwise. The Governor must stop playing politics with the lives of pensioners in this state.” 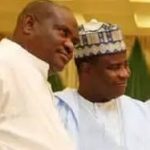 Also reacting, Chairman of the Rivers Civil Society Organizations Enefaa Georgewill, expressed disappointment in an interview with DAILY POST over the donation, stating that while it is not wrong for an entity to make donations, noted that it is wrong for a government who is yet to develop its State to do so.

Enefaa, stated that it is saddening that residents of Rivers State are currently grappling with survival tendencies while Governor Wike has embarked on a spending spree without appropriation by the Legislature.

According to Georgewill, “There are flooding issues that need urgent attention that have not been looked into, every year buildings, plants and people’s source of livelihood are being destroyed due to the disaster that can be managed if the government simply pays attention.

WHY GOVERNOR NYESOM WIKE SHOULD NOT BE CRITICISED FOR SUPPORTING SOKOTO STATE GOVERNMENT IN REBUILDING THE BURNT CENTRAL MARKET. 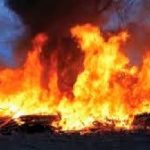 * In Questions Asked, “If Rivers State Had More Than Enough,That It Has To Give Out To Others”

The Answer I’ll Give Is;

“When The United States,United Kingdom,etc Donates Million Dollars To A Country,Does It Means,They Have Surplus?”

Therefore,It Must Not Be That Rivers State Has More Than Enough Before It Can Give Out.