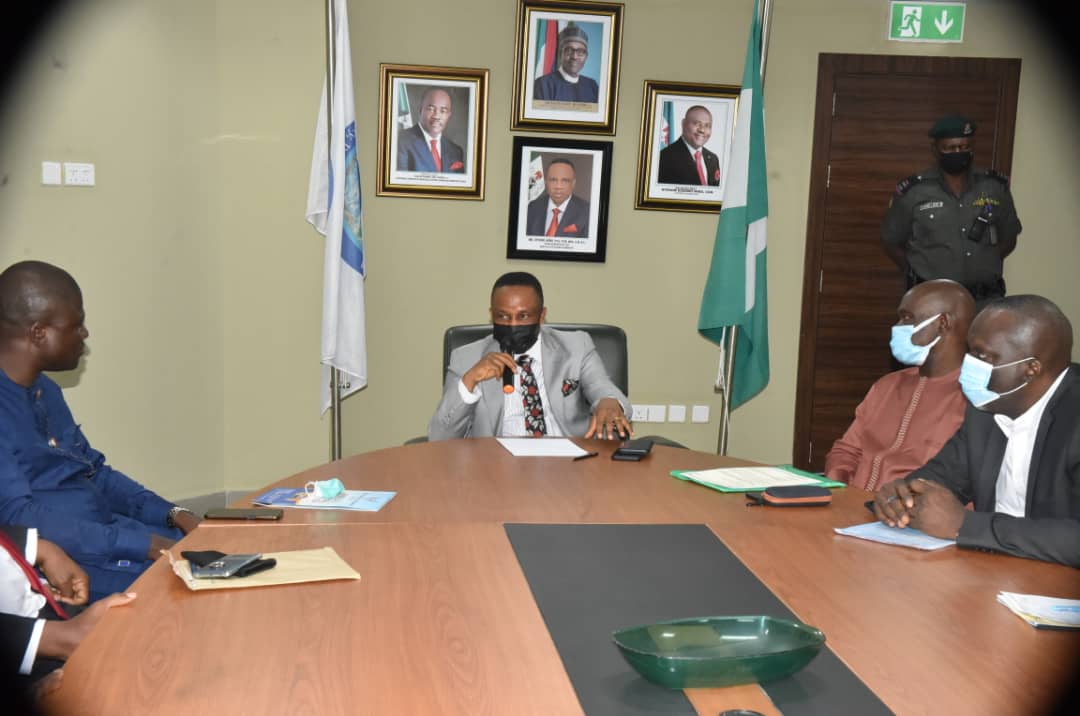 We will support NIM in Building Managerial Skills – NDDC Boss

The Interim Administrator of the Niger Delta Development Commission, NDDC, Mr. Efiong Akwa, says the Commission will support the Nigerian Institute of Management, NIM, in providing a platform for management training in the Niger Delta region.

Akwa spoke when a delegation from the NDDC Chapter and Rivers State Branch Executive of NIM paid him a courtesy call at the Commission’s headquarters in Port Harcourt. 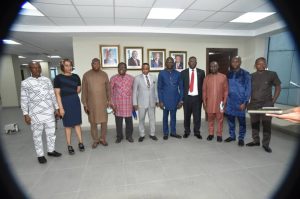 The NDDC Chief Executive Officer assured the NIM delegation that the NDDC would contribute to the success of the South-South summit of the organization slated for August this year.

He said: “We will do our best to encourage our staff to be part of the NIM to tap from its managerial wealth.”

The NDDC boss said that as an interventionist agency, the Commission would support the NIM in providing the platform for the training and improvement of management staff.

Akwa observed that NIM was one of the foremost professional institutions in Nigeria, stating: “Indeed, it could be said that NIM gave birth to other professional bodies in the country. The contributions of NIM cuts across several sectors in the society.

“Members of NIM play strategic roles in different organisations, including the NDDC, where they have been crucial to the successes we have achieved.” 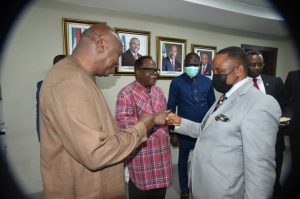 Akwa assured the NIM delegation that the partnership that existed between the two organisations in the past would be improved upon.

He affirmed that the NDDC has stabilized after many years of poor performance, giving the credit to President Muhammadu Buhari and the Minister of Niger Delta Affairs, Senator Godswill Akpabio.

See also  Remember The 19 Years Old Girl That Flavour Got Pregnant In 2014? See Photos Of How She Looks Now

The leader of the NIM delegation and Chairman of the Rivers State Branch of NIM, Mr Christian Abu, applauded the NDDC Interim Administrator for bringing stability to the interventionist agency, stating: “It takes a man with a high level of management prowess to restore stability to a system such as the NDDC. 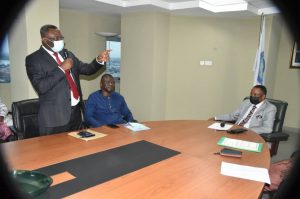 “We want to encourage you to continue to pilot the ship of the NDDC in the right direction.”

Abu remarked that NIM had enjoyed a very robust relationship with the NDDC and that was why it created a chapter in the Commission.

He appealed to the NDDC to sponsor members of the NIM to attend important conferences which would help them in enriching their knowledge. “We need your staff, who are our members to attend NIM programmes,” he said.

The Rivers State Chairman of NIM informed the NDDC boss that the South South zone of NIM was organizing a zonal summit in August, which would be attended by over 1,000 professionals.

Abu appealed for support from the NDDC in the area of logistics, particularly in the movement of its members.

One of the council members of NIM and a former NDDC Executive Director Projects, Engr. Beniah Ojum, congratulated the NDDC Chief Executive Officer for his role in the successful completion of the new NDDC headquarters at the Marine Base area of Port Harcourt. He applauded Akwa for bringing some level of stability in the Commission, which he said had contributed to the peace in the Niger Delta region.