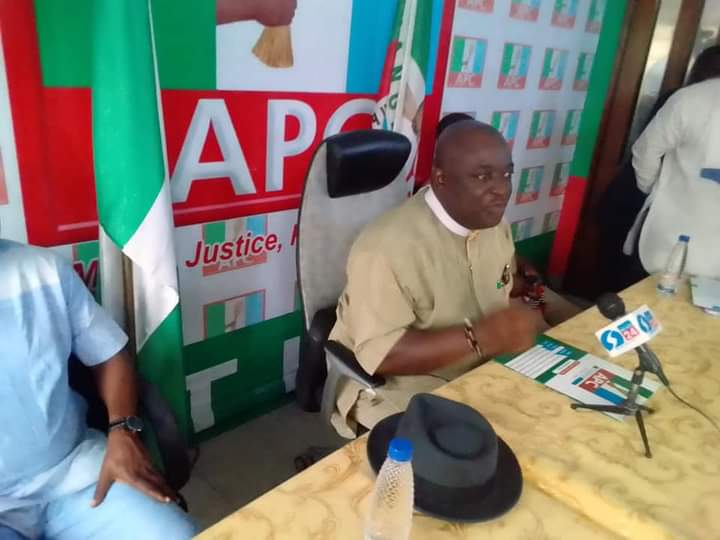 WE SHALL NOT TOLERATE IMPERSONATION, SAYS CHIEF BEKE AS HE INAUGURATES RIVERS APC SWC, EXCO

The Chairman of Rivers State Chapter of All Progressives congress, APC, has warned that the time when individuals impersonated as the elected officers of the Party in the State was over.

Chief Beke stated this while inaugurating the State Working Committee (SWC) and State Executive Committee (EXCO) of the Party Monday in Port Harcourt.

Speaking at the event, Chief Beke said: “No man will ever again claim to be APC State Chairman after today, except me. I have my mandate as the duly elected Chairman of this Party in Rivers State. If he tries it he will be made to face the law.”

Chief Beke also served notice on the governor of Rivers State, Mr. Nyesom Wike to be prepared to engage the APC in fair contest as 2023 approaches and not use the judiciary to undermine and destabilize the APC.

“If the governor is a man, he should come to the field and contest elections with the APC without resorting to the misuse of the state judiciary to undermine and destabilize our Party,” Chief Beke challenged.

Earlier, Chief Beke who arrived the Port Harcourt International Airport, Omagwa, to a mammoth crowd of Party leaders and members, drove in a long motorcade to the Party State Secretariat, where he immediately carried out the inauguration.

In his speech, Chief Beke thanked God, the Leader of APC in the State, Rt. Hon. Chibuike Rotimi Amaechi and party members for the opportunity to serve as the State Party Chairman after being overwhelmingly voted for at the last State Congress of the Party.

“Let me first of all thank the Almighty God who makes all things beautiful at his own time for giving me life to see this day. May His name alone be praised in Jesus’ name.

“Please, join me in thanking my Leader, our Leader, Rt. Hon. Chibuike Rotimi Amaechi for being the tool whom God used to bring me to this enviable position that is full of enormous challenges. I pray God Almighty to give me the grace and wisdom to lead our Party to victory come 2023.

“This is a new dawn in the history of our Party. I assure all Party members of a level playing field and equal opportunities.

“This is the era to pursue, overtake and recover all that the enemy has stolen from our dear Rivers State. Together in one accord, we shall succeed in Jesus’ name,” Chief Beke summed up.