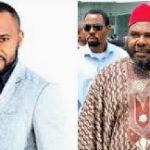 Pete Edochie says his son, Yul, has all it takes to run for presidency come 2023.
Veteran Nollywood actor, Pete Edochie, has endorsed, his son, Yul’s presidential ambition in 2023.

Yul, who ran for governor in Anambra State under the Democratic People’s Congress has hinted that he will seek election as Nigeria’s president in 2023.

Named after the popular Russian actor, Yul Brynner, Yul is the last of six children of the veteran actor. 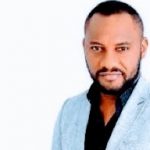 Yul broke the news in a video shared on his social media pages. 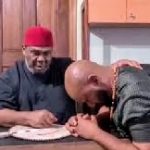 In the video, Mr Edochie, who said he has never nursed any political ambition, said he decided to endorse his son’s presidential ambition following pleas from his fans and young people “who believe in his son”.

‘‘My values are very strong. I have my own children and they are very strong in that regard too. I am not one to be involved in politics. But you see, not all your children are bound to follow you,” he said.

“One of my sons, who incidentally is an actor, has decided that he wants to be a politician. Most of the youngsters have been bugging my phone asking me to endorse my son that they want him as president and l get amused. But they keep insisting daddy, we want Yul to be the president of this country. 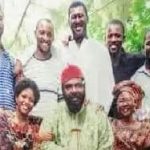 “We like him. He is disciplined, sympathetic, he believes a lot in people. They have bothered me so much that today, I’m hereby present him to you. He has my blessing. He has my endorsement.
“Any day he decides to veer off from the discipline under which he was raised, l will withdraw him from the race. It shall be well with you son. Since it has been your ambition to go into politics and the desire to run for the presidency of this country, may the good Lord assist you, protect and direct you.”

Background
Yul, 38, ran for governor in Anambra State under the Democratic People’s Congress in 2017.

He secured only 145 votes in the Anambra gubernatorial election.

He ran against 36 other governorship aspirants, including the incumbent governor, Willie Obiano.

He is confident nonetheless that he has all it takes to become president. 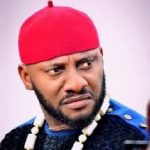 The actor, however, resigned a few months later and defected from APGA to join the Peoples Democratic Party (PDP), stating his decision was in a bid to support the presidential ambition of the former vice-president, Atiku Abubakar, who was the candidate of the party.

He attended the University of Port Harcourt where he studied Dramatic Arts.
His foray into Nollywood began in 2005 when he starred in a movie titled, ‘‘The Exquirers’’, alongside the late veteran actors, Justus Esiri and Enebeli Elebuwa.

He hit limelight in 2007 after featuring Genevieve Nnaji and Desmond Elliot in the movie “Wind Of Glory’’.