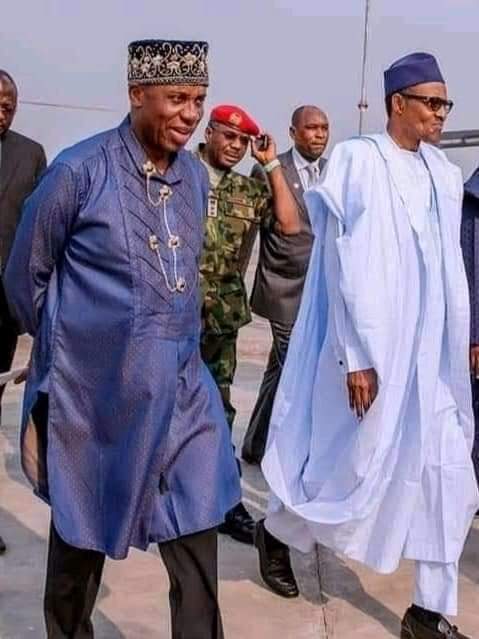 Eze describes Amaechi’s Emergence As Vanguard Public Sector Icon Of The Year as Well Deserved and acknowledgement of his phenomenal zeal, rare selflessness and unique commitment towards nation building

Erstwhile National Publicity Secretary of the defunct New People’s Democratic Party, Chief Eze Chukwuemeka Eze, has joined Nigerians and Nigerians in the diaspora, to felicitate with the Minister of Transportation and South-South Leader of the All Progressives Congress, Rt. Hon. Chibuike Rotimi Amaechi, over his emergence as the Vanguard Public Sector Icon of the Year.

Recall that on Saturday 17th, July, 2021, the former Rivers Governor received the 2019 Public Sector Icon of the Year at the Vanguard Personality of the Year Awards 2019 & 2020 Combined Event.

Describing the choice of Amaechi and the subsequent award investiture on him as a conscious recognition and reinforcement of the phenomenal zeal, rare selflessness and unique commitment employed by the Minister in the discharge of the tasking concerns of his office, Eze commended Vanguard for conducting an unbiased and proper assessment into the records and achievements of public servants in ministries and agencies before nominating them into various award categories, notwithstanding the fact that Amaechi’s feats are public knowledge and speaks louder.

In a statement made available to media houses in Port Harcourt, the party chief commended the Vanguard Team for keeping an eagle eye on public servants, rating their performances and rewarding excellence where due, stressing that such transparent initiative spurs one to dream more, do more and achieve more.

If banal felicitations are rolled back, Eze said there abound very honest reasons to clink glasses over the impressive results the Minister has continued to churn out since he assumed office, and honoring him as Public Sector Icon of the Year is part of Vanguard’s own way of expressing approval and showing gratitude to the giant strides he is making in the Transportation sector where he holds sway as Minister.

The party Chief said Amaechi has shown patriotic zeal and a great deal of sincere commitment to the implementation of policies and programs of the Buhari -led government especially in infrastructural development, to wit rail, ports revival, which are recording massive economic yields for the country.

Calling on Nigerians to continue to support President Mohammadu Buhari, in his administration’s drive to lift 100 million Nigerians out of poverty, Eze commended the huge efforts of the Transportation Minister in championing the job creation drive of the administration by providing jobs for Nigerians. He said not less than 100,000 countrymen have so far been engaged directly and indirectly in different specialties in the rail and ports sub-sectors with more to be engaged soon.

He joined millions of well meaning Nigerians to Congratulate Rt.Hon. Amaechi and encouraged him to remain focused on the task of rebuilding public confidence in government.

The Award Night event which was held at the Convention Centre, Eko Hotels & Suites, Victoria Island, Lagos, had many prominent Nigerians in attendance.