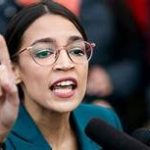 Several U.S. lawmakers have recently received threats to their safety as House Speaker Nancy Pelosi called for ramped-up security in the Capitol and leveled allegations that the dangers are coming not just from the public but also from an “enemy within” Congress itself.

Pelosi’s comments Thursday highlighted the growing tension between the political parties in Congress over safety concerns since this month’s Capitol attack by supporters of former President Donald Trump. Five people died in the violence.

More than 30 lawmakers signed a letter this week calling for greater protection in their districts. They noted that threats against members of Congress have sharply increased in recent years, with nearly 4,900 threats coming in the fiscal year ending September 2018. That compares with just more than 900 in 2016.

The U.S. Capitol Police said it was taking steps to safeguard lawmakers as they travel to and from work, according to an email from the House’s chief law enforcement officer obtained Friday by The Associated Press.

Timothy P. Blodgett, the acting sergeant at arms, wrote in the email that the police force was setting up an online portal so lawmakers, whom he urged to report threats or suspicious activity, could notify them of travel plans. He said Capitol Police would be stationed at area airports and Washington’s Union Station railway hub on busy travel days, according to the report.

New York Democratic Representative Alexandria Ocasio-Cortez is one of several lawmakers recently targeted with threats. According to court documents, a Texas man who participated in the January 6 Capitol siege was charged last week with threatening the lawmaker, who is often referred to as AOC, by allegedly tweeting, “Assassinate AOC.”

See also  HOW TO STAY HAPPY IN LIFE.

Ocasio-Cortez on Thursday publicly admonished Texas Republican Senator Ted Cruz, who has supported Trump’s unfounded claims that he won the 2020 presidential election, when he offered to support Ocasio-Cortez’s position on an unrelated matter.

“I am happy to work with Republicans on this issue where there’s common ground, but you almost had me murdered 3 weeks ago so you can sit this one out,” she tweeted. “Happy to work w/ almost any other GOP that aren’t trying to get me killed.”

“The enemy is within the House of Representatives,” Pelosi said Thursday in a call for increased security for lawmakers. Asked by reporters to whom she was referring, the California Democrat said: “It means we have members of Congress who want to bring guns on the floor and who have threatened violence against other members of Congress.”

Media reports say Republican Representative Andy Harris of Maryland set off a metal detector last week while trying to enter the House floor and was found to be carrying a concealed gun.

Representative Hakeem Jeffries, a Democrat from New York, is another lawmaker to receive threats. A California man was arrested this week after being charged with sending threatening messages to members of Jeffries’ family.

“Your brother is putting your entire family at risk,” said one message sent to Jeffries’ sibling, according to court documents. “We are armed and nearby your house.”

Democrats aren’t the only lawmakers receiving threats. Republicans have also been targeted.

Adam Kinzinger, a Republican from Illinois, told The Washington Post that he had received multiple menacing messages since calling for Trump’s removal. Kinzinger is one of 10 Republicans in the House who voted in January to impeach Trump for inciting the January 6 riot.

See also  The Scourge Of Ritual Killings In Nigeria By Dakuku Peterside Ph.D

A Senate trial of Trump is set to begin next month.

“The ones I worry about are not the ones that type out a threat,” he told the Post. “It’s the ones who just do it.”

Another Republican House member who voted for impeachment, Liz Cheney of Wyoming, the chamber’s third-ranking member of her party, has seen intense political backlash to her vote. An anti-Cheney rally was held Thursday in the state capital of Cheyenne, where more than 1,000 people turned out, many holding signs calling for her impeachment.

House Republicans are expected to decide next week whether to strip Cheney of her job as House conference chair.

Security and political officials continue to discuss ways to improve safety for lawmakers and around the Capitol in general.

Capitol Police on Thursday urged lawmakers to add permanent fencing around the Capitol, which lawmakers from both parties immediately rejected. The police force has also recommended stationing backup forces near the edifice.

Washington Mayor Muriel Bowser was one of several Democrats to oppose the measure. She wrote on Twitter that “we will not accept extra troops or permanent fencing as a long-term fixture in D.C.,” although she signaled support for temporary extra security during “potentially volatile events.” (VOA)