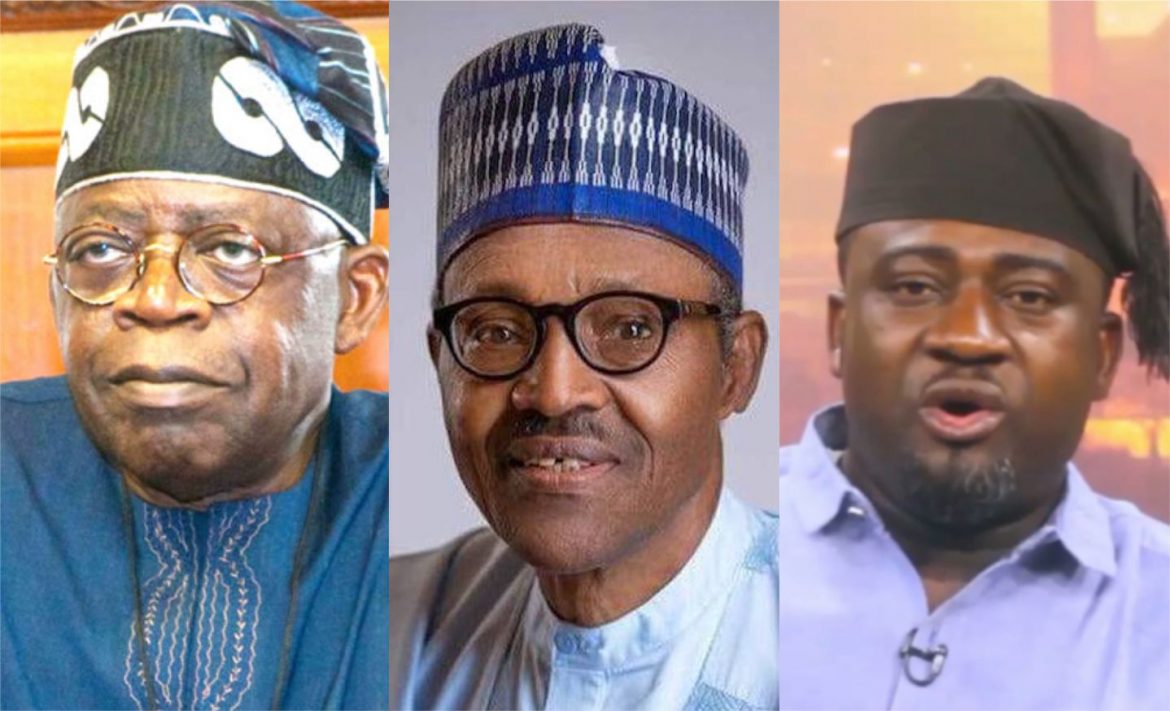 ACN with 5 states merged with APGA, ANPP and CPC to form APC in 2013. But not until the coming in of the five nPDP Governors into APC that the party could muster the force to stand the ruling PDP. The nPDP as it was called then, came with 2 of the 3 largest states in Nigeria; Kano and Rivers State. And even with the collective contributions of all these stakeholders, we needed the cult-like followership of Mohammadu Buhari else the APC wouldn’t have been able to defeat the ruling PDP.

Tinubu while bursting in Ogun state recently claimed he made Buhari President. I don’t know why he made such a statement but I totally believe he sounded very ungrateful to a man who single handedly brought over 12million votes to the table and all he got from all the parties combined was a meagre 3million votes to defeat the incumbent president Goodluck Jonathan in 2015.

The president after the election in 2015 immediately offered Bola Tinubu the Vice Presidential ticket for which he norminated his former attorney general Yemi Osibanjo. Tinubu didn’t stop there, he went further to try to impose on APC the leadership of the house of Assembly, a situation that was resisted and later led to the exist of alot of aggrieved members including Saraki, Atiku, Dino Melaye etc. Tinubu sounded very malicious and a total ingrate when he claimed that he wasn’t made a minister or given a contract. Yet he norminated the minister of finance and several Ministers including the head of FIRS amongst several agencies. In 2019, Tinubu installed the current Senate President and Speaker of the National Assembly and controls majority of the members of the National Assembly. He installed Governors across states and he moves around the country with them. From state to state he moves around with everyone calling him the National Leader of the party that has a sitting president. If he’s the leader of APC, what is then President Buhari in APC.

Tinubu installs Governors not only in his home state but across the country. He forces his anointed candidates on the people. From state to state he does it. And most recently and painfully he replaced a sitting governor of his state even after fellow governors and the president himself pleaded with him to leave the man. Tinubu forced a performing Governor Ambode out of office simply because the governor decided to develop his state from his own vision. He went to Edo state and tried to force another performing Governor Obaseki out of office. A situation that led to the Governor decamping and the APC losing the entire state.

In all this, the President has allowed him continue to grow in influence and now he believes he can challenge our President. A man that when he was Head of State in 1983, Tinubu was abroad struggling between jobs. But he now feels he has become bigger than life simply because President Buhari has politely asked the party leaders to allow him produce his own successor. Tinubu has grown to the level of saying he installed our president. This for me is insulting. What will you then say of the former governor of Rivers State who lost the love of his entire region just because he sided with Buhari against his own brother Goodluck. A man that delegates in 2015 could attest to how he visited them in hotel rooms pleading with them to vote Buhari inspite of Atiku’s #1,500 dollars. A man that led the President’s campaign as Director General, following him across the length and breath of Nigeria. And did again in 2019. What greater sacrifice can a man take for another. Yet he has never demanded for power. Neither has he tried to acquire power by installing Governors across state but has simply remained loyal to the president and helping his administration achieve landmark legacy projects across the country. Same commitment we have seen from leaders of other legacy parties like Ogbonnaya Onu and others.

At this point, we would no longer allow the President continue to accept this kind of insult. The president should immediately choose his successor and the Governors whom he has also allowed to do same, leaders of the party, we the youths as well as women will ensure we mobilize to ensure his preferred candidate emerges. Tinubu should step down for the consensus candidate immediately as a true party man and if he fails to do so, his withdrawal letter of form 18 which he signed while submitting his normination form should be invoke to disqualify him. If he also feels he can make himself president, let him leave the party. However, any Governor that dares try to leave with him would automatically lose their seat from the newly signed electoral act. We the youths of our great party must stand now to protect our President, Party and our future. We must support President Mohammadu Buhari and ensure he is given the respect he so deserves as our father and President of Nigeria.