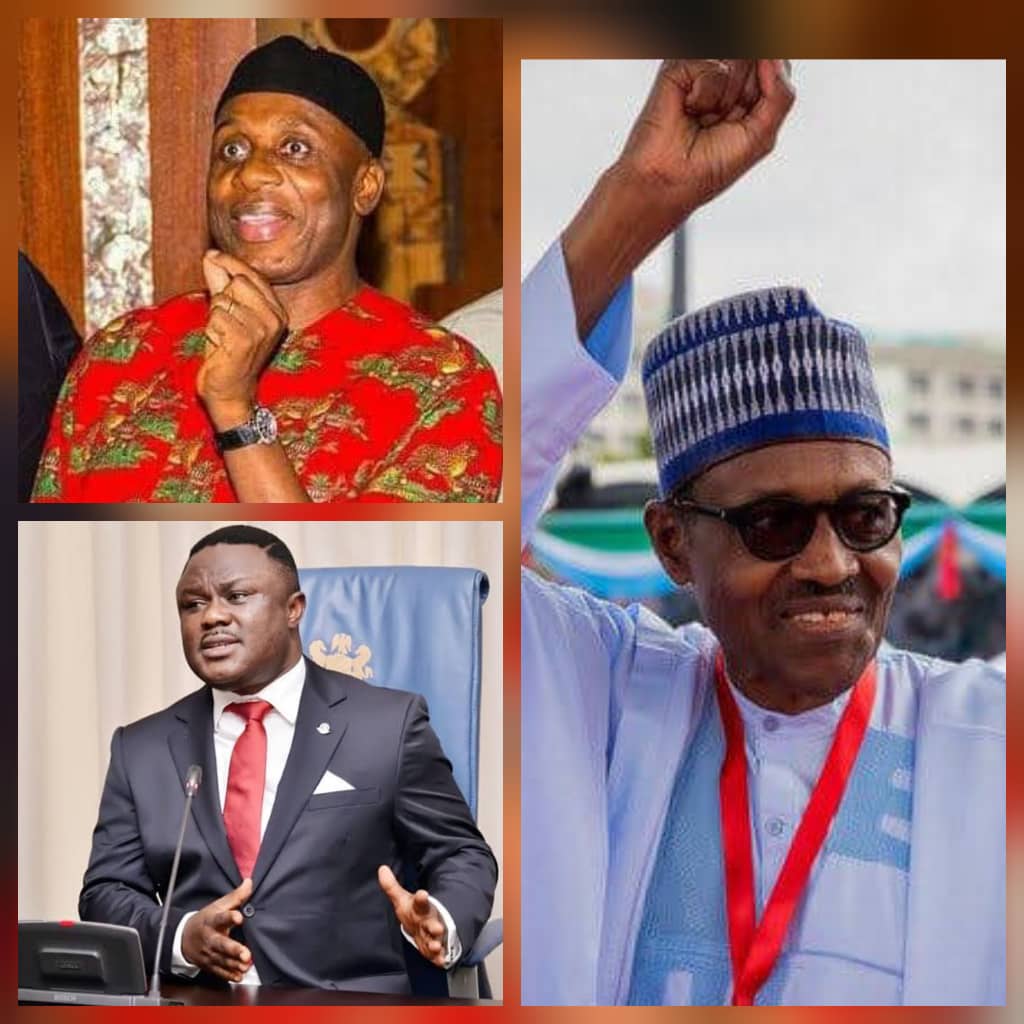 It is naturally, not a part of me to indulge in sycophancy or glorification of Politicians however, in recent times I have come to observe the life and political history of some Nigeria Leaders (Politicians) who have overtime committed their lives to selfless service to humanity and our nation dear nation, Nigeria, expecially, their dedication towards developing areas and persons that are not their kinsmen.

It is trite for an African Politician to be tribalistic and also rare to find a Nigeria Politician without traces of tribalism, this we have seen overtime. However, there are a handful of Nigeria Politicians who have outgrown that primitive mentality and killer of National Unity and development.

Amaechi’s love for Cross River State and her people is a confirmation that he is a man from all tribes and a detribalised fellow, no wonder he supported a Northerner as against a Southerner in the 2015 Presidential Election, on the grounds of meritocracy.

It is common with Nigerian Politicians to attempt to display tendencies of greed for instance, the likely wish to be the only cock crowing from their region or zone but, here is a man connecting Cross Riverians directly to the presidency without any form of intermediary.

Let’s speak of his efforts and contributions towards the inclusion of Cross Riverians in APC led Federal Governance. Prior to 2015, the only Governor and Politician from South-South Region and infact in Nigeria to have the ability to foresee the future of Nigeria Political dimension, was the then Governor of Rivers State, the Rt. Hon. ROTIMI AMAECHI.

This dreams of his sounded otherwise strange and as such were not bought by his likes, this feeling of loneliness did not detter him from pursuing what he felt was God’s direction for him. The success of 2015 Presidential Election by the APC brought to bear the fact that in South-South Region of Nigeria, outside Rivers State and perhaps Edo State, no other state was represented at the Federal Level.

Conscious, of this fact and with the love and courage of a good Father, Amaechi made reasonable efforts to carry along all the States of South-South Region and gave them proper representation, for instance, a Cross Riverian was recommended by Hon. Amaechi for appointment as Minister for Niger Delta Affairs (in person of Hon. Usani Uguru).

He has succeeded yesterday in ensuring that about eight (8) Cross Riverians get appointed into offices as both Chairman, members and Principal Officers of Governing Councils of Federal Universities and Polytechnics. It is commendable effort and a show of love for Cross River State.

This is unlikely of Nigeria Politicians who will want to be the only voice heard from a particular region. Amaechi has always struggled to ensure that people from all tribes are brought to light.

We, Cross Riverians are aware of his efforts in assisting Cross River State and we appreciate it and consciously support his views and desires for Nigeria and Nigerians in general.

Your Excellency, Cross Riverians are grateful, you have indeed done us well. You are truly a leader, a father. Keep leading us.

Thanks to Chief Eze Chukwuemeka Eze, who is working round the clock to ensure Nigerians are kept abreast on the efforts of Rotimi Amaechi in making Nigeria great.

Nigerians are reading your articles and media works from all parts of the world.