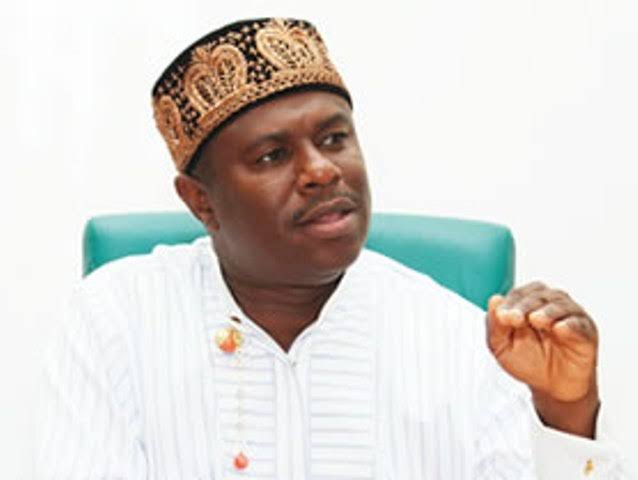 The Scourge Of Ritual Killings In Nigeria

Iniobong Umoren was a young woman in her early 20’s who lived in Uyo the Akwa Ibom State capital. She shared, on Twitter, her need for a job, and one Twitter user named Uduak Akpan asked her for a private chat concerning her application. According to police reports, Mr Akpan asked Ms Umoren to meet her at a particular location in Uyo.

When the unsuspecting lady got there, the sinister man raped her, killed her, and buried her in a shallow grave. Unfortunately for the serial rapist and murderer, the lady gave her friend the phone number of the person who invited her for an interview. This number led to the apprehension of the culprit after the lady was declared missing for days.

There were reports that Ms Umoren’s gruesome murder was not just a case of rape and murder but that it also involved ritual killing. Mr Akpan’s entire family is  said to be involved in the barbaric business of ritual killings.

Two weeks ago, a report indicated that in Kwara State, a next-door neighbour allegedly murdered a groom-to-be for ritual purposes. According to the account in Vanguard, the deceased, who was said to be a devout Christian, did not know that his neighbour with whom he used to eat together was a serial killer and ritualist who has twice served jail terms. This wolf-in-sheep-clothing neighbour allegedly killed his victim, removed some sensitive body parts, poured acid on his remains for speedy decay to prevent it from fouling the area.

Last February in Port Harcourt, a suspected ritual killer was arrested while attempting to sacrifice a nine-year-old girl in the Ibaa community in  Emuoha Local Government Area of Rivers State. According to a report in Punch newspapers, the girl’s parents had raised the alarm over her sudden disappearance after she went to dispose of refuse in a nearby bush. It happened that the suspect had taken the minor to an abandoned compound, tied her with white cloths, applied white clay on her body with a coffin already stationed for the ritual purpose. He was in the process of performing the ritual when he ran out of luck.

In 2019, Port Harcourt made international headlines in ritual killings with the case of Gracious David-West, Nigeria’s most celebrated ritual killer in recent times. From July to September 2019, David-West killed at least 15 women, mainly in the Rivers State capital city. After his arrest, he confessed to at least 15 murders.

Official statistics indicate that there has been an increase in the number of missing persons all over the country in recent times. Some are found, while others are not. There is speculation that majority of those who disappear perpetually without a trace are often victims of ritual killings.

Incidents of ritual killings have assumed an alarming rate in Nigeria. There seems to be little or no effort by concerned government agencies to checkmate the trend. We expect that such cruel and barbaric act would no longer exist in our society given our level of exposure, enlightenment, and civilisation . Ironically, as our communities seem to be getting more religious given the proliferation of churches and mosques in all nooks and crannies of the country, it seems these heinous acts are increasing as the quest for filthy lucre pervades our society.

It is disheartening to point out that as developed societies invest in science and technology to keep abreast with a dynamic world, ours are still stuck in the mistaken belief that sacrificing human blood is the surest route to wealth, safety, and protection.

No doubt, ritual killings are performed to obtain human body parts for rituals, potions, and charms. Ritualists search for ‘human parts’ at the request of herbalists, who require these to make sacrifices or prepare various magical potions to give power and wealth to an individual. Some people engage in ritual killings to obtain charms that would make them invincible and protect them from business failure, illness, accidents, and spiritual attacks. Whether they succeed or not is open to debate. However, it is not easy to prove a link between such sacrifices and financial success or any type of success empirically.

Amongst a large group of Nigerians, including the well-educated and people from different faiths and social backgrounds, there is a strong belief in the supernatural and the effectiveness of rituals. This belief has a direct correlation to the prevalence of ritual killings. It is a well-known fact that some elite  in society indulge in ritual killings. Some people apprehended for ritual killings, and witch doctors who perform the sacrifices accused politicians, government officials and wealthy businessmen  as their  sponsors. They are said to use human beings for rituals to sustain their affluence and remain in positions of power.

Therefore, it is not surprising that there are usually  increased cases of mysterious disappearances and ritual killings during elections. Some desperate, fetish and superstitious politicians always consult herbalists and native doctors during elections to help them overcome their opponents. These spiritualists usually demand human heads and other body parts to perform hedonistic rituals.

Given the rate of increase of ritual killings, no one is immune from becoming a victim. But some people are at greater risk. People with mental illnesses and virgins are unique targets as the ritualists allegedly believe that their eccentrics and purity make for a more viable sacrifice. Also, people living with albinism have equally become victims of ritual killings, fuelled by the belief that their ‘body-parts’ could allegedly make one wealthy or prolong one’s life.

See also  AMAECHI, HIS CLASSMATE AND THE WOMAN FROM OMUMA LOCAL GOVERNMENT: THE MEANING OF COMPASSION AND EMPATHY

Sometimes, it is difficult to understand the mind of the ritual killer. How can someone take another person’s life in the quest for wealth, protection, and power? More worrisome is that sometimes it is not just an issue of a depraved mind but also a depraved group of minds.

Sometime in 2017, Lagos State, the country’s commercial hub, was gripped by Badoo ritual killings. According to news reports, over 50 people were killed by a Badoo Boys group, who moved about with an air of invincibility until the Nigerian Police routed them.

People suspected that they usually hypnotize their victims, as none of them had ever been conscious of their presence. After that, they would smash the heads of their victims with a grinding stone and use a handkerchief to clean the blood and brain before leaving the scene.

During interrogation, one of the suspects confirmed that “they sold each handkerchief stained with blood for N500,000. He further revealed that they were mere errand boys for rich politicians within and outside Lagos state. But in their case, the blood and semen-stained handkerchief were used to prepare the spiritual defence for  some wealthy Nigerians.”

What are the root causes of ritual killings? How can society tackle this menace? What role should the government and relevant agencies play in ameliorating the negative impact of these dastardly acts?

Poverty and economic hardship in the land are reasons for ritual killings. However, these are not justifiable reasons to commit ritual murder.  Impunity encourages ritualists to commit murders because they believe they will not be apprehended or punished.

Another reason for ritual murders is the collapse in our moral values, ignorance and superstition, and lack of an adequate punishment system. We should also consider poverty and unemployment as a significant risk factor. If Nigerians have equal opportunities to earn income legitimately, there will be a reduction in horrific crimes such as banditry, human killings for ritual, and terrorism.

Besides, the inordinate quest and pursuit of quick wealth are said to be driving some people to resort to the use of human parts for rituals. And some usual suspects include fake clerics and herbalists who carry out the ritual practices for their clients.

Some analysts have recommended that government should investigate suspected pastors and imams and checkmate their activities because what they do under cover of being religious leaders sometimes leaves much to be desired.

o curb the increase in ritual killings, the government should thoroughly explore the intelligence-gathering approach and prosecute arrested culprits. Timely arrest and prosecution of arrested suspects would serve as a deterrent to anybody contemplating perpetrating ritual killing. Record of successful prosecution of ritualist  is not in the public domain. When there are not consequences for deviant behavior , it is incentivized.

For the public, commuters should always write down the identification markings of public conveyance vehicles they enter and make phone calls to loved ones to pass on the information. In the case of Iniobong Umoren mentioned earlier, the fact that she confided in her friend about the phone number of the person that invited her for an interview was instrumental in apprehending the culprit.

Most ritual murderers always wish to be unidentified.  They want to kill people but do not wish to be apprehended. Once information about them has been exposed to someone else, it becomes difficult for them to remain anonymous and perpetrate evil.

Commuters should also assess public transport vehicles before boarding in order not to board vehicles occupied by hoodlums. I advise ladies to carry whistles on them to raise the alarm if there is an attempt to abduct them.

In addition to these, people should avoid staying in isolated areas where criminals can quickly attack without being noticed, and everybody should be conscious of their immediate environment.

The spate of ritual  killings has become so problematic that our political leaders should declare a national emergency on the crises.  I call for stiffer jail sentences to deter potential perpetrators from engaging in ritual killings. Citizens should have trust and confidence to motivate them towards providing credible intelligence for security operators.

We should also make good use of whistleblowers. These are invisible law-abiding citizens whose primary function is to disseminate information that provides details towards the arrest of suspected ritual murderers. They should be anonymous, and the law-enforcement institution should not reveal them as their link persons.

The fight against ritual killings and other menaces in our society is for all. We should not rest until we create a culture where we always uphold the sanctity of life at all cost and the safety of everyone is guaranteed irrespective of social status, religion, or ethnic background. This task calls for authentic leadership. We must swim or sink together . Our only option is to swim to survive the social disaster we are becoming as a nation because of the collapse of morality, ethics, and law.