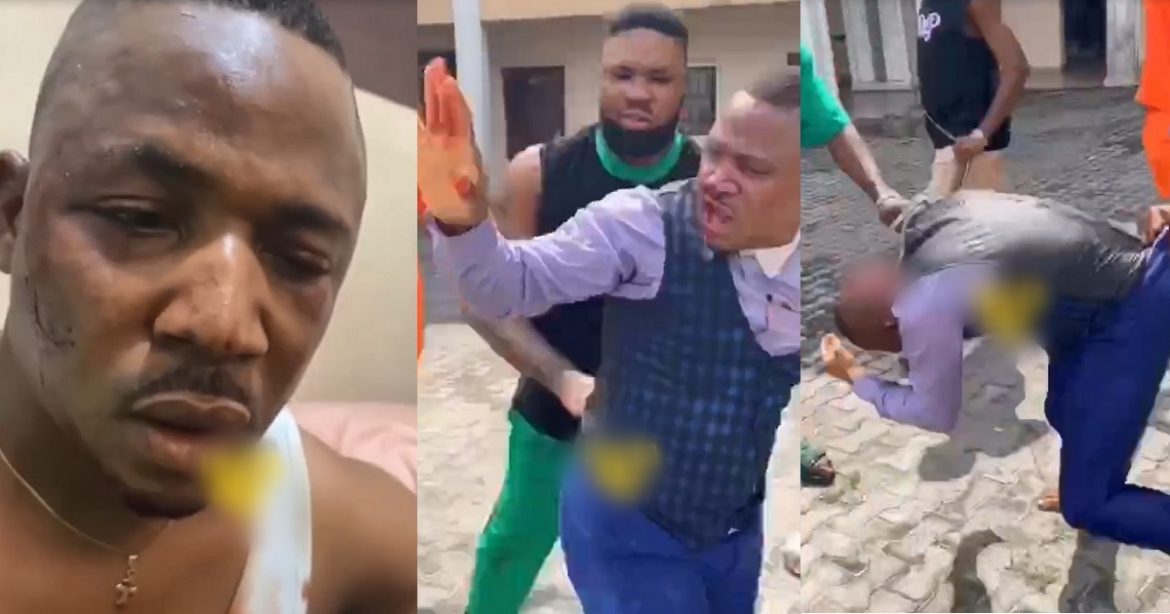 Men of the Delta State Police Command have arrested a secondary school teacher, Benjamin Job, for allegedly raping a 12-year-old student of the school.

It was gathered that Benjamin was apprehended by the Police on Tuesday, June 14, after the victim reported the incident to her mother.

A source who gave an account of what transpired said,

“Benjamin is an English teacher in Gavriella school here in Warri. He has been sexually harassing her, touching her boobs and all of that. When we found out, we went to report him to the school authority and they promised to sack him, but apparently, they didn’t.

This morning, her mom started perceiving an offensive smell from her and queried her, after much talking and questions she finally opened up and told her mom what happened.

She said the English teacher dragged her to the toilet from the stairs and forced himself on her. We had to go to the school to deal with him before arresting him, he’s currently in the custody of the police.”

Watch a video of the moment Mr. Benjamin was whisked away to the police station below,