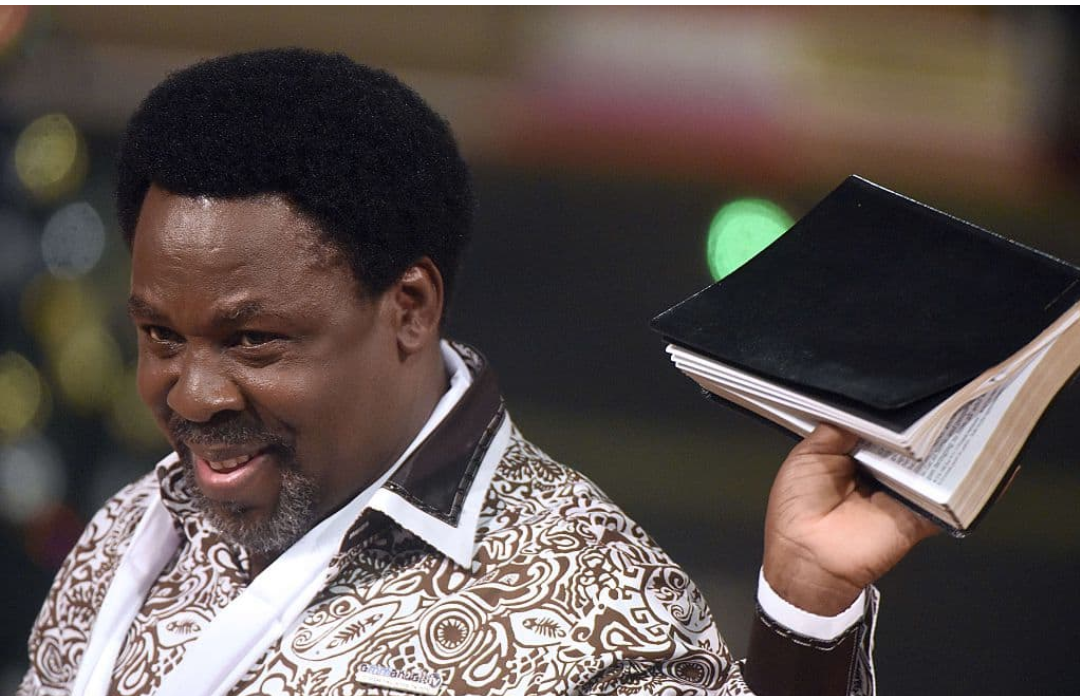 Strange facts about Prophet TB Joshua that you didn’t know.

Did you know he stayed in his mother’s womb for 15month?

It is known that babies stay in the womb for nine months before birth except on very rare occasions. Well, Prophet TB Joshua’s birth was one of such rare occasions. At a gathering marking his 55th birthday in 2018, he recounted the mysterious events that surrounded his birth.

According to him, he was in his mother’s womb for 15 months, Nigerian Tribune reports. He finally arrived the world on June 12, 1963, in a village called Arigidi in Akoko, Ondo state, Nigeria.

Another fact about him is that:

He attended six colleges in less than one year. The cleric however didn’t get to complete his secondary school education because of poverty. In school, teachers and colleagues called him ‘small pastor’.

He however is married to Evelyn Joshua and they have three children together. His eldest daughter Serah Joshua is a graduate of the London School of Economics.

He has a special water which is in small bottles and is said to position users “for mercy, favour, healing, deliverance, blessing, prosperity and fruitfulness”. People from all over the world travel down to his church, Synagogue Church Of All Nations,SCOAN, Headquarters in Lagos, seeking this water and healing.

It is reported that if you can get this “healing water” your miracle is on its way even without being physically present at the church.

Apart from the healing water, the church also has car stickers, books and special oils which are hot-selling items.

He also attempted to join the Nigerian Army but couldn’t make it because the train he was travelling in, broke down, thereby leaving him stranded en route to the military academy.

He is a well-known philanthropist and has been known to give out cash gifts and foodstuffs including other material gifts, to the poor and downtrodden who visit his church.

He is also reported to be one of the richest pastors in the world. In 2011, Forbes reported that he was the third richest pastor in Nigeria with an estimated net worth of $10 million – $15 million.