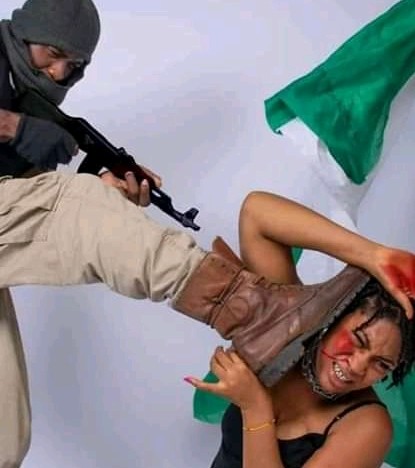 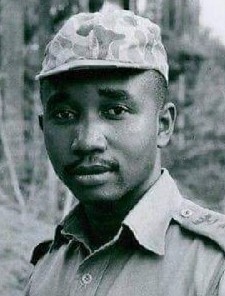 “Akintola, come down; you are for lawful arrest by the army on orders from HQ 2 Brigade,” Nwobosi shouted.

“Under arrest ke?” Akintola said to himself, “Oya, come and greet your mother’s husband,” as he cocked his gun.

When Nwobosi hit the door in an attempt to force it open, the Premier opened fire from inside his bedroom with a submachine gun, shooting contiguously and continuously through the closed door.

“Return fire,” Captain Nwobosi ordered his men, which they did, enormously.

“Please sir, surrender sir. Stop shooting, please. They only came to take us to Lagos,” Fani-Kayode pleaded and shouted from the landrover urging the Premier to cease firing and surrender. But the Premier kept on firing until he ran out of ammunition.

Chief Samuel Ladoke Akintola was the 13th Aare Ona Kakanfo (Field Marshal General) of Yorubaland. A title, whose holder, according to a widely believed myth, was not expected to live long nor experience a calm death.

“Krrr, krrr,” the gun sounded. The Premier had run out of ammunition but the captain and his soldiers did not know this, they thought he was reloading and waiting for them. Akintola, now powerless, held out a white handkerchief in a sign of surrender and proceeded to the verandah. Ajao and Uloh who had been hiding in one of the other rooms grabbed him by his arms and dragged him downstairs.

“Bring him out, bring him out,” Nwobosi shouted repeatedly after the firing had ceased and he sighted his soldiers with the Premier downstairs.

“Boys, it is for the good of the country. Why don’t we negotiate? I will see to it that you treated well. I have the Prime Minister’s ears,” Akintola cajoled.

“We are soldiers, sir. We obey direct orders. Egbikor, Chukwu,” Nwobosi called his soldiers and signalled to the two men to open fire on the Premier. Fani-Kayode stared in horror as the Premier endured a deluge of bullets as he fell to his knees still gasping for breath. Nwobosi then joined them in firing at the Premier as he fell backward with a thud as life hurriedly escaped from him.

The Captain and his men then released the policemen and proceeded with Fani-Kayode in the landrover to Lagos as the 3-Ton truck headed towards Abeokuta. They all left Akintola’s mutilated body, riddled with bullets, surrounded by empty shell casings soaked in blood, lying there on the bare ground in his courtyard. The Aare Ona Kakanfo had fallen to his death. The curse persists. #HistoryVille

Carnage Before Dawn, Based on Nigeria’s First Coup D’état.