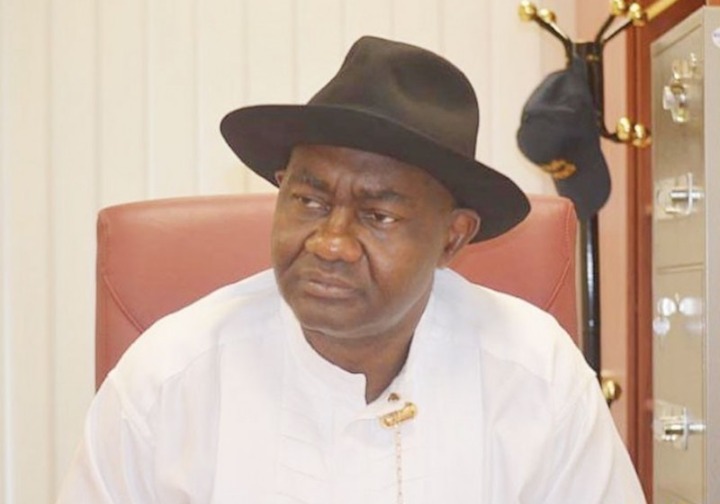 Claims of Alleged Plot to Stop Boms from Participating in APC Nat’l Convention, A Warped Strategy to Compensate for the Imminent Failure that Awaits a Perfidious, Valueless Clown ~ Eze….Counsels Abe to Desist From Dragging Amaechi into Irrelevant Matters…Commends the South South Stakeholders for rejecting Boms as his election as a none member of APC would have spelled doom for the party… Urges Delegates to vote Giadom as the National Zonal Vice Chairman SS

Chief Eze Chukwuemeka Eze has cautioned the former lawmaker who represented Rivers South-East at the red chambers, Sen. Magnus Abe, and his band of irking saboteurs to desist from dragging the Transportation Minister into the dirty waters of their private political merchandise in their bid to curry undue relevance from their deeply hypnotized and ambitious political victims ahead of the scheduled March 26 National Convention of the All Progressives Congress.

Sen. Magnus Abe had claimed that an alleged plot to stop the election of a birdbrain, Barr. Worgu Boms, as National Vice Chairman, South-South, of the All Progressives Congress, at the forth coming convention by the Minister of Transportation, had been uncovered.

Abe, in his mindless claim contained in a statement he issued Sunday night through his media assistant, Parry Saroh Benson, averred that Rt. Hon. Amaechi was shopping for a judge that would grant him a restraining order barring Worgu Boms from contesting in the said election.

Reacting to Sen. Abe’s snobbery, Chief Eze, an erstwhile National Publicity Secretary of the defunct New People’s Democratic Party (nPDP), said the claim by the former lawmaker is simply part of a scheme to vulgarly decorate Boms and his inconsequential aspiration with some relevance, using the towering personality and status of the Minister of Transportation.

Having seen the imminent failure that awaits Boms’ pimping Deputy National Chairmanship crave at the convention, Chief Eze said the perfidious clown and political merchant and his helpers resorted to a vulgar and tasteless publicity stunt to announce their ambition.

Chief Eze called on members of the public to disregard Abe’s careless claim, noting that Wogu Boms’ inordinate ambition is driven by pride, greed, and avarice and therefore has nothing to do with the very ultimate interest of the APC and her teeming supporters.

He said the Transportation Minister is constantly preoccupied with the concerns of his office viz, providing quality services for the comfort of Nigerians and cannot stoop so low to engage in an issue as trivial as the valueless political interest of Sen. Abe and Worgu Boms, both of whom are nosy-pokers, having faked to revalidate their membership of the All Progressives Congress as lawfully directed.

Eze expressed shock that Magnus Abe who claims to love Ogoni and her people very much to work against the aspiration of a true son of Ogoni in the person of Chief Victor Giadom to represent the South-South zone of the country as the National Zonal Vice Chairman of the party. This simply demonstrates his level of impunity and selfishness

Eze commends the South South APC Stakeholders for rejecting Worgu a none APC member and endorsing Giadom whose antecedents as a patriotic leader of the party are well known to all and sundry.

From the report based on the Unity list as signed by the stakeholders has former APC Deputy National Secretary, Victor Giadom (National Vice Chairman S/S); Dr. Betty Edu (National Women Leader) and Dr Felix Morka (National Publicity Secretary) to represent the Zone at the National Working Committee of the party.

I am convinced that with the calibre of leaders endorsed to represent the zone the zone will be properly represented.

The fact remains if characters like Boms who have done so much to destroy the party were elected that would have spelled doom for the party in the zone
The party chief appealed to party faithful and especially convention delegates, to ensure that only the right people in the right frame of mind, perception, mentality and most importantly with the fear of God would emerge to lead the party to victory in 2023.

He finally appealed to delegates to vote in Chief Victor Giadom, erstwhile Acting National Chairman and former National Assistant Secretary of APC, as the National Zonal Vice Chairman for South-South region seeing that he has the capacity to represent the zone accordingly.