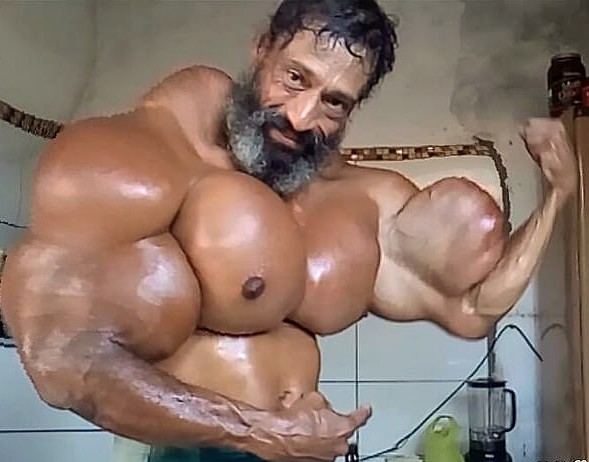 The truth is, there Are Alot of people on planet earth who would do anything for fame and power.

Today, we’ll be talking about four men who injected themselves with deadly chemicals just to get big muscles and fame, so relax and have fun going through this article. 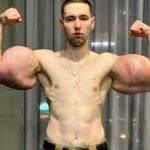 This Russian man is in his early 20s, he wanted to get fame and power through his body, so he decided to inject himself with a deadly chemical known as “synthols”. 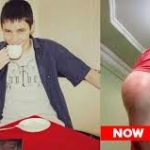 As expected, he got the body he Needed, his muscles became so big, people even started calling him the hulk, he did this to himself in 2017.
However, it started disturbing him some months after he injected himself with the deadly chemicals. 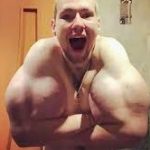 He fell ill more often, he had severe headaches that didn’t go away even after taking drugs, he had to undergo a surgery to remove the Synthol and dead tissues from his arms. 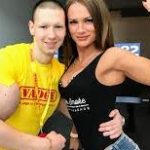 He’s still recovering from the surgery which nearly claimed his life. 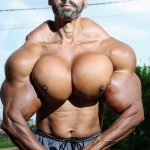 His muscles measures up to 23 inches due to the synthol oil he injected into his arms. 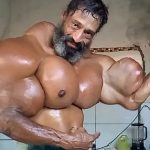 Valdir hails from Sao Paulo, Brazil, and he’s in his late 40s, he’s a bodybuilder just like Kirill. 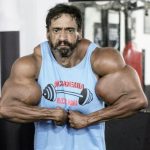 From the information gathered, he was inspired by the physiques of Arnold Schwarzenegger and the Hulk(a popular movie character). 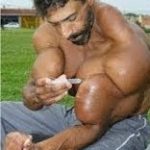 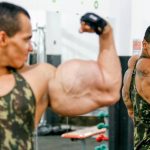 He’s also a Brazilian bodybuilder, he wanted bigger muscles so he started injecting himself with a deadly chemical known as Synthol, he even mixed it with alcohol. 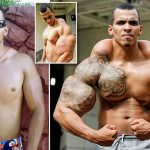 He became so addicted to it, and he almost lost his life. The Synthol and Alcohol made his arms to be as hard as a rock, needles could no longer go into his arms.
He later had a surgery to remove the rock-like tissues and the Synthol which was in his arms.
From what Romario said in 2015 while speaking to reporters from UK’s Daily Mail, he overheard the doctors talking about cutting off both his arms if the surgery didn’t go well, luckily for him, the surgery was a success.
Romario will be 31 years old this 2021, he even tried to kill himself during the time he was at the hospital but the doctors interfered. 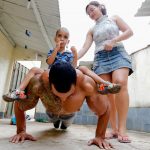 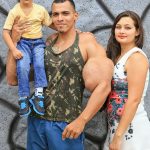 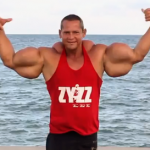 Just like Romario, he’s a Brazilian bodybuilder, his muscles measure about 29 inches. He reportedly injected himself with Synthol just to get big muscles and fame.

Reports has it that he still has the Synthol in his body even till date.

Morals: Some risks are not worth taking, your life is more important than fame.
Can you take such a risk for money and fame?