Excerpts From Dr. Dakuku Peterside’s Radio Interview On 95.1 TodayFm One On One with Kalada. 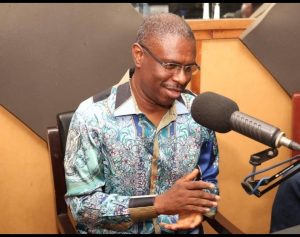 – “Infrastructure that drives development is beyond roads and bridges”.

– “Rivers state is highest in residential property vacancy rate among its peer cities because people are leaving the city everyday . This can be attributed to a lot of factors which the government refuse to fix “

– “Is not enough to say Rivers State is safe when the people who live here know otherwise . Perception matters ”

– “The attitude of leaders should change from” I know it all “to “I can learn it all “.

– “Wike is running a “Breast Pocket” Government in Rivers state, as everything comes out from one man’s breast pocket, Even Wike’s party men are tired of him “.

– “Almost 50% of Governor Wike’s Commissioners and state legislators keep calling and commending me that I should keep talking for people of Rivers State. They are embarrassed by the Governors crude style of leadership”

See also  THE YEAR 2022: A PEEP INTO THE POLITICAL CRYSTAL BALL By Dakuku Peterside .

– “In 6 years the Governor has not done any major infrastructual development in Ignatius Ajuru University of Education . I stand to be challenged. He has also not employed quality persons to add to their teaching personnel “

– “Nobody has challenged me. Who has seen in a copy of Rivers State Budget from 2016 till date . The only copy per year is in the Governor’s breast pocket”.

– “5 things I will tell the Governor if I am by his side ;1. Let’s have a clear vision for the state and a roadmap to achieve the vision.2. Let’s focus on jobs and create the environment that will attract investments . 3. Fix security . 4. Fix human capacity and social services .5. Get infrastructure right so we can grow our economy “

– “I can assure you that more than ever the APC is united, there will be grumbling as its normal with every human system “.

– “Government owes the people a responsibility and Government must discharge that duty. Comment by any other person cannot vitiate that responsibility. That Former Governor Amaechi said Wike cannot pay salary is neither here nor there and cannot absolve Wike of his responsibility as Governor “

– “The Government of Rotimi Amaechi under my watch built two proper interchanges;one at Rumukurusi/Eleme junction, the other at Obiri ikwerre. This is in addition to several proper flyover bridges “

– “Rivers State is the only home we ever, let us make necessary sacrifice to make Rivers State worth living both for the Rich and the poor “

– “Please Rivers people, let’s hold our Government accountable so that this “ breast pocket “ style will Stop”.

– “Our next Governor must be a man of vision, character , capacity, and accomodative of all Rivers groups and should have Rivers State at heart”