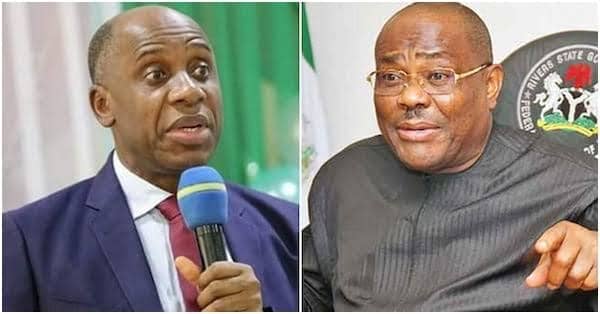 AFTERMATH OF RIVERS LGA POLLS: EZE COMMENDS RIVERS PEOPLE FOR REJECTING WIKE AND PDP…DESCRIBES EXERCISE AS A SHAM AND OF NO SIGNIFICANCE …Commends APC for excusing self from such the charade

Chieftain of the All Progressives Congress (APC) and erstwhile National Publicity Secretary of the defunct New Peoples Democratic Party (nPDP), Chief Eze Chukwuemeka Eze, has hailed Rivers people for their bold resolve to boycott the just concluded local government elections purportedly conducted by the Rivers State Independent Electoral Commission (RSIEC) and superintended over by Gov. Nyesom Wike and his Compadres in the umbrella party.

Reacting to the charade which saw voters participation at the lowest ebb, Chief Eze said the exercise will remain significant in the history of council elections in the state for its peculiarity in subduing every known ingredient that constitute the recognized standard for an election in a democracy, noting that it will be of unblessed memory.

In a statement made available to media houses in Port Harcourt, the party Chief noted that the unsavory blend of events leading to the polls unambiguously tell the difference between an election in the real sense and, the facade organized by Justice Omereji (rtd.) and RSIEC under the supervision of Rivers Governor, Nyesom Wike.

Recall that the Rivers council elections, held Saturday, 17 April, 2021 across the 23 local government areas was marred by novel voter apathy which has been widely attributed to the boycott of the predetermined process by the Rivers State Chapter of the All Progressives Congress.

He described the foreordained elections as a sham, grossly disgraceful and a good proof that Wike and his allies have got no relevance in the politics of Rivers State.

Eze slammed the state government for restricting human and vehicular movements for a council elections which outcome has already been schemed, describing the idea as ill-conceived and pure economic waste, noting that the billions of naira that had been lost to the stoppage of businesses would have made significant impacts on the economies of households and the state in general especially, given the harsh realities that stares the world in the face.

Save the intervention of the police, Eze said Rivers people were already going about their daily businesses on the election day because according to him, the people are better enlightened and informed and have resolved never to give in to the Governor’s antics and dictates.

He described the statement credited to the selected Chairman of Port Harcourt City Council, Mr. Alwell Ihunda, as a display of cowardice and clear confirmation that the selected council chairmen have a single mandate in common; to serve Gov. Wike, and nothing more, averring that what happened in Rivers State on Saturday, is a gross antithesis of a representative democracy.

Admonishing Rivers people never to look out for any change or improvement in performance from the council chairmen whom he described as mere morons, Eze said their contract with Wike obviously supersedes the social contract and thus, does not make any provision for the welfare of the people.

Condemning the shambolic system of administration of Gov. Wike, which is fast muzzling every public institution and infecting and corrupting the morality of men, Eze said even members of the Peoples Democratic Party, including its National Chairman, Prince Uche Secondus, and other PDP leaders shunned the sham and distanced themselves from the Governor and his unfortunate schemes.

Reports gathered from the field on Saturday revealed that while some polling units of over 400 registered voters recorded as low as 10 votes, others saw between 15 and 30 or less. A comparison between the figures gathered from the field and the one announced by RSIEC, clearly shows a conflict and gross manipulation in the process, even when there were no oppositions in the purported election.

Chief Eze stressed that true democracy and electoral process are judged by the number of voters that turns out for an election but where in a State that prides itself of churning out two million votes in past election and only less that 100,000 came out to vote it simply demonstrates that 90% of voters that refused to participate in the excerise

“The aggregate results of such an election which represents less than 10% cannot be said to be a true reflection of the will of the people”, Eze said.

Eze said dishonest characters like Retired Justice Omereji, whose misleading interpretation of laws and covetous judgements against the APC led to the poor condition of governance in Rivers state cannot oversee an electoral umpire and record any good result.

Sympathizing with some over zealous elements who got injured during the election Eze wondered how such a selection could lead to bodily injuries and encouraged Rivers people to be a bit more patient, stressing that the days of the canker worms are almost over.

As the journey to peacefully ease out the PDP come 2023 begins, Eze urged the good people of Rivers State to que behind the APC in other to collectively rescue the State from its present sad situation.