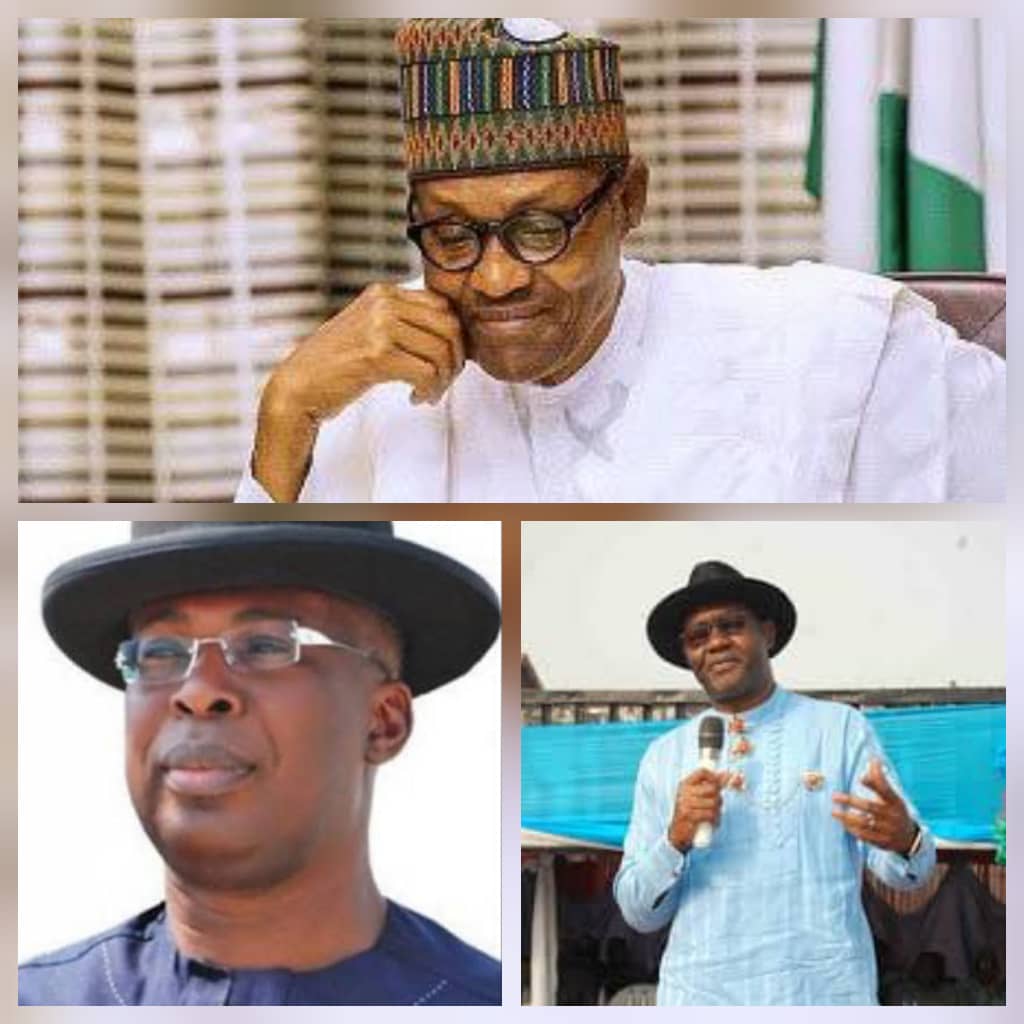 Former Rivers South/East Senator, Magnus Abe, seems to have taken his crude insubordination and moderate intellectual disability to the next level, this time to the President and Minister of Petroleum Resources, H.E., Mohammadu Buhari.

Abe, a former Lawmaker, who was appointed into the Board of the Nigeria National Petroleum Corporation (NNPC), as member, after dragging the Rivers State Chapter of the All Progressives Congress into a messy political imbroglio in the pursuit of his private vendetta, was handsomely reinforced by his propellers and those who exert controlling influence over him and his devilry, for his outré roles and backstage machinations in frustrating the fortunes of over 6 million people residing in Rivers State.

His appointment which was conceived by analysts as a contrived escapade to further sway him into a deal of sabotage against the political fortunes and rising profile of his benefactor and Minister of Transportation, Rt. Hon. Chibuike Amaechi, was widely critized as unbefitting an impertinent and brassy backstabber whose perfidy resulted to the exclusion of the Rivers APC from the ballot in the 2019 polls.

With his Board appointment, one would have loved to see the Ogoni-born unscrupulous opportunist display some sense of decency in his public mannerisms, nonetheless, Abe has remained himself, and his moral repugnance lends credence to the general aphorism, “turning an old wine into a new bottle can never improve its taste”.

Recall that President Mohammadu Buhari, through an executive approval, handed down on Friday, April 23, 2021, restored the revoked leases to the NNPC, which is in a production Sharing Contract (PSC) with Addax Petroleum.

Reacting to the nauseating insubordination, chieftain of the All Progressives Congress(APC) and erstwhile National Publicity Secretary of the defunct New Peoples Democratic Party (nPDP), Chief Eze Chukwuemeka Eze, said having laid bare his uncultured mannerisms before the President, every iota of doubt about his true nature has been cleared, and it is therefore left to the President to decide the relevance to attach to such a sellout.

Excerpts from the controversial comment credited to Magnus Abe, partly reads, “the Department of Petroleum Resources(DPR) was right to recommend a revocation of the mining leases issued to Addax in the national interest”. The above statement forces one to ask how ‘what’ and how much Abe knows about national interest.

In a statement made available to media houses in Port Harcourt, the party Chief noted that Senator Abe is a man with a towering reputation of unreliability and thus, no amount of human-induced refinement can restore his sense of decency, stressing that only God’s intervention can overhaul a crude character as treacherous as Magnus Abe.

The party stalwart called on the NNPC and the Presidency to be weary of Abe and his antics, and to closely monitor his actions, stressing that the former Lawmaker is always at a ready to play the spoiler’s script like he did in Rivers in 2019, noting that the country cannot afford the concomitant effects of the outlandish activities of an unrepentant saboteur especially, in an agency as critical as the Nigeria National Petroleum Corporation (NNPC).

Warning that the unregulated activities of Senator Magnus Abe in the NNPC poses a material threat to the yields of bilateral trade agreements and diplomatic relations of the country with other nations with which it shares trade and other economic ties, Chief Eze said, it will be regretful to allow the awful gauche of a recklessly overzealous meddler to sour the country’s diplomatic amity with other countries of the world, in a bid to discredit the efforts of the Buhari/APC administration in driving Nigeria’s foreign policy towards a national rebirth.

Eze hailed President Mohammadu Buhari, for restoring the oil licenses to Addax Petroleum, stressing that China has been of immense assistance to the country especially, the infrastructural revolution in railway modernisation scheme of the current administration.

He said the President’s determination in implementing thoughtful economic policies to tackle the harsh economic realities of the times and save jobs are noteworthy and further admonished the Central Bank of Nigeria and other key players in the financial industry to redouble efforts in sanctioning economic plans to strengthen the progressively dwindling and depreciating economy.

Eze expressed confidence that the country will recover her losses and take her rightful place in the comity of nations in due course and called on Nigerians to continue to believe in the shared dream of greater, better nation.