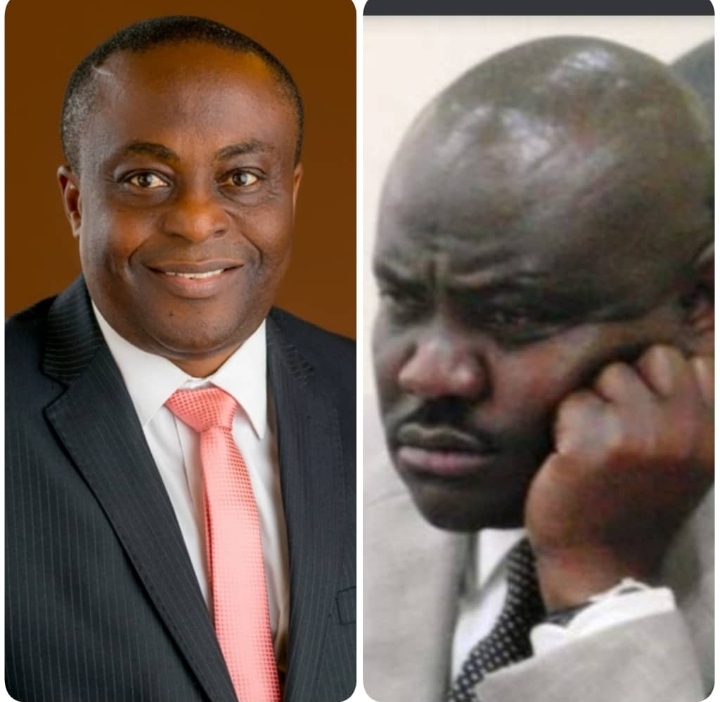 Nsirim: The Ranting of an Uninformed Informant (Commissioner)

Mr. Paulinus Nsirim, Commissioner of Information & Communication in Rivers State has wittingly assigned himself the role of an aggressor against Dr. Dakuku Peterside, who has served Opobo/Nkoro LGA, Rivers State, Nigeria and Africa at different times meritoriously with unblemished record. How can a man who is already a monumental failure in our once vibrant Ministry of Information & Communication where the likes Emi Membre-Otagi, Ibim Semenitari, Emma Okah etc once headed and left their names on golden marble, vilify a man whose zeal and commitment to perform at any given time is unparalleled.

Dr. Dakuku Peterside, as a Council Chairman was a pacesetter; as Commissioner for Works, he reformed the moribond ministry and gave life and direction to it and as Director General of NIMASA, he was ‘Mr fix it.’ Only God knows what our dear state would have become now had Dr. Peterside become governor in 2015.

I cannot fathom why and when it has become fashionable for a failure like Paulinus Nsirim to attack and throw mud at Dr. Dakuku Peterside, who has continuously displayed capacity, dexterity and commitment in any assignment given to him with visible results at the end of every outing. Fact is that Nsirim took his hateful antics to an all time low when in trying to defend his pay master on a well established fact and one that is in the public domain for that matter, tried very hard to rubbish the hard earned name of a titled citizen of our dear Opobo kingdom.

Since he became Commissioner, even though without any traceable achievement, Nsirim has made it compulsory to throw tantrum on a man who means well for Rivers State and occasionally offers advice to a clueless administration. Dakuku by every standard is light years ahead of Nsirim and his pay master in vision, mission and litany of achievements. Like a failure and uninformed that he is, Nsirim and his pay master have been clawing at every opportunity to paint Dakuku black before the discerning public; unfortunately it has always backfired and returned to sender. Citing their new song, ‘as e dey sweet Dakuku e dey pain dem and as e dey pain dem e dey sweet Dakuku.’

As Commissioner for Information & Communication, Nsirim is known more for gaffes, policy somersaults and administrative incompetence than for bringing any value to the ministry that he superintends. For the years that he has served as Commissioner, the uninformed informant has no clear cut direction for the important ministry other than turn it to a miserable disinformation ministry bereft of any proactive communication thereby making the government appear leprous and unattractive to its citizens. No wonder ‘Mr Governor is both Governor and Commissioner for Information & Communication. Nsirim, what will you be remembered for after your tenure? Sadly, nothing except as someone who retained the services of some jobbers to cobble insults for him to sign as press statements.

Every time he attacks Dr. Dakuku Peterside, one sees illogical argument, outright lies, vendetta and conscious attempt to lead the public astray. That was why he could not respond with facts and figutes to the germaine issues raised by the scholarly inquisition of Dr. Peterside except hiding under the lowly vice of insults and name calling as written for him by his miserable hirelings.

Let it be known to Nsirim and his co-travellers, that if and when the history of Rivers State is written by this generation and generations to come, there would be a clear dichotomy in the outlining of the legacies (I doubt if there will be any) of Nsirim and his pay master on one hand and the well codified and acclaimed transborder achievements of Amaopusenibo Dakuku Peterside on the other hand.