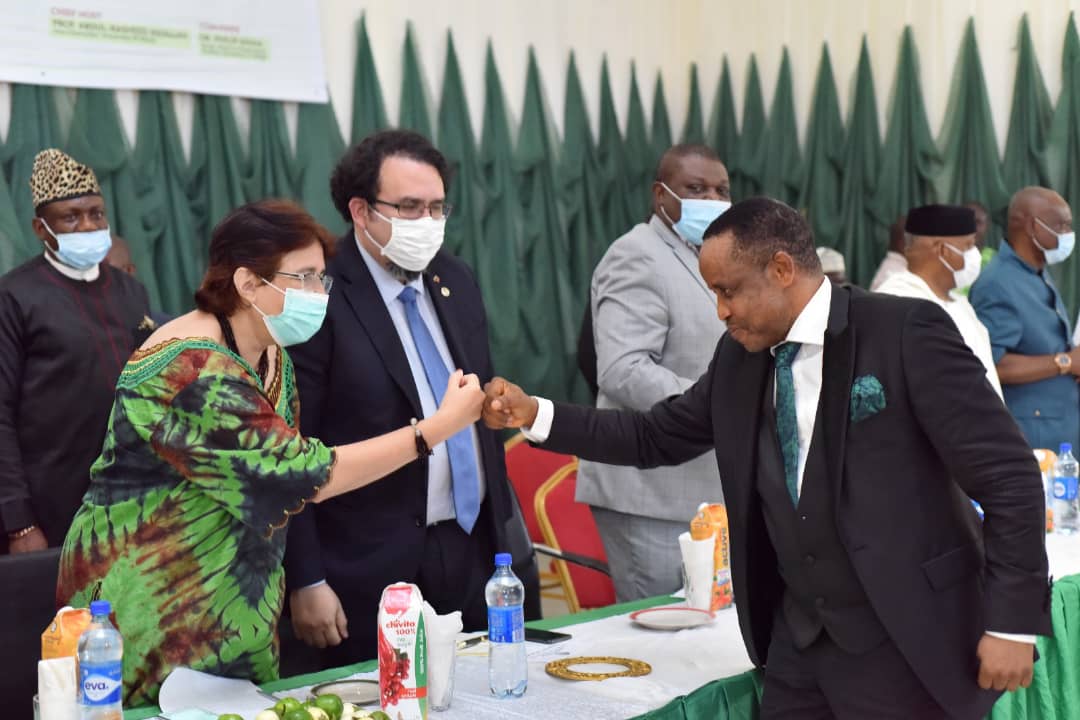 The Niger Delta region is very vital and of strategic importance to the overall development of Nigeria, and so it is important for the federal government to invest more in the region, according to Mr Efiong Akwa, the Interim Administrator & Chief executive of the NDDC who stated this in a lecture he delivered today at the University of Abuja. ‘’With its enormous hydrocarbon assets, a very long and beautiful coastline and huge marine resources, the Niger Delta, which is the third largest wetland in the world, has huge potential in agriculture, tourism and manufacturing on which the nation could leverage on to trigger national growth. Akwa noted that in addition to the six core Niger Delta states, Imo and Abia which are part of the nine NDDC states are major manufacturing and tourism centers in the country. ‘’Aba in Imo State is becoming the Taiwan of Nigeria with a lot of manufacturing activities happening there; and Owerri is renowned for its high-class hotels that are conducive to tourism development’’, Akwa said in a lecture titled ‘’The role of the NDDC and the Niger Delta region in national development’’. Akwa praised the governments of the region for their investments in developmental projects, noting that the commission is now working in close collaboration to its stakeholders, especially the state governments to bring development to the people. ‘’Akwa Ibom has the best airline in the country, Ibom Air; one of the best five-star hotels;  the best golf course and the best stadium in West Africa; Rivers State has the best quality road and bridge infrastructures while Bayelsa should be commended for its brand new airport’’, he said to the applause of the audience. One way to further help the region grow rapidly is for the oil companies and other statutory funders of the agency to pay the N1.9 trillion which the agency is being owed.

It was the university’s 4th Democracy Lecture held at the capacious auditorium of the Faculty of Management Science. Speaking to a packed 1,500-capacity lecture theater, the chief executive outlined the various contributions of the NDDC and his achievements as the helmsman in the last seven months. He recalled that the visit of the Niger Delta Minister, Senator Godswill Akapbio and himself to the creeks of Delta State in June was to seek peace for the region. His words: ‘’Many people might not have understood the strategic significance of that risky visit. By the time we climbed into those boats, the North East region was boiling, the North West was in crisis and the North Central and the South East were in a terrible situation. The South West was not any better. So the Minister and I were compelled by the need to prevent an eruption of crisis in the Niger Delta region, and so we elected to ride in the boats for a six-hour return trip to go and visit some stakeholders and seek peace’. He received a standing ovation. The chief executive noted that any disruption in crude oil production would be a major setback to the Nigerian economy. To develop the region, and indeed the country, Akwa recommended huge investments in Artificial Intelligence; IT and education.

In the audience listening to Mr Akwa’s PowerPoint presentation were Senator Ken Namani, former Senate President; Mr Eseme Eyibo, former House of Representatives member; Mr Lucky Imasuen, former deputy governor of Edo State; Mr Etekamba Umoren who represented Senator Akpabio; Mr Olubunmi Tunji-Ojo, Chairman of the House of Reps Committee on Niger Delta and the Cuban and Venezuelan ambassadors to Nigeria.  There were also many university professors, students and a large contingent of Akwa Ibom community in Abuja. The Democracy Day Lecture series began in 2008, and according to the Vice chancellor, Professor Abdulrasheed Na’Allah, the lectures are usually delivered by ‘’high-performing public officials and private sector leaders who are asked to articulate their views on development in their areas of command’’. He added that Mr Akwa was invited because he has transformed the NDDC during his short tenure as the chief executive. This was further corroborated by Mr tunji-Ojo who noted that under Akwa, ‘’the last one year has been very productive at the commission because Mr Akwa has brought a lot of integrity, capacity and impressive leadership skills to the table’’.