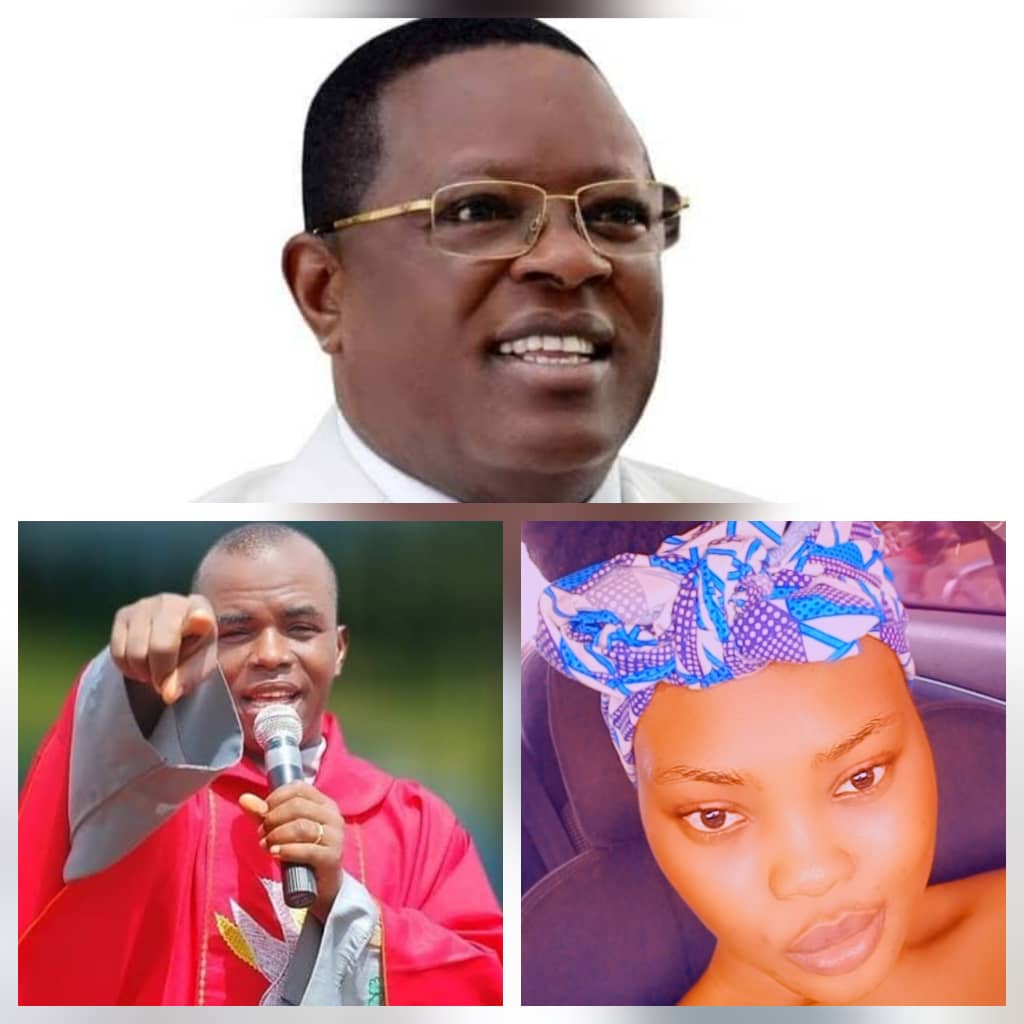 …Recalls the prediction of Owen, an American, on the future of Nigeria… Commends Gov. Umahi for his unalloyed efforts to develop Ebonyi State

Founder and President of DUNAETA, an NGO with a core mandate of promoting the principles of democracy and good governance, based in Abakaliki the Ebonyi state capital, Lady Monica Chidinma Ada Eze, has described the declaration of a renowned Servant of God, Rev. Fr. Ejike Mbaka, that the Governor of Ebonyi State and Chairman, South East Governor’s forum, Engr. David Nweze Umahi, stands pole apart from other possible contenders to the office of the President of the Federal Republic of Nigeria for the 2023 elections, as a representation of fact and a true reflection of the opinion of people of goodwill and majority of Nigerians.

Monica who also acts as the Technical Assistance (TA) on Media to Governor Umahi quoted the vocal man of God as saying thus, “Am just coming back from Ebonyi, you need to visit that State. Abakaliki of yesterday is not Abakaliki of today. Everything about Ebonyi State has changed. Flyovers everywhere.

If you can tell me any Governor that has done what Gov David Nweze Umahi of Ebonyi State did with meager resources within Six years, I will renounce my priesthood. Gov David Nweze Umahi is simply the best leader that can reposition Nigeria to the satisfaction of all. I don’t say what I am saying ordinarily, I am saying it because God is happy with the Gov David Nweze Umahi. Very soon, nobody will be coming to Enugu State except if he or she is coming for prayer. What else would you come there to do that Ebonyi State does not have. The cargo airport is highly wonderful and only a visionary leader like Gov Umahi can do that. I am very proud of his leadership quality in Ebonyi State. We need him to reposition Nigeria”.

In a statement made available to media houses, Lady Monica Ada Eze expressed delight about the insight of the man of God, and opined that if Nigerians actually need a digital leader who is capable of taking the country out of the woods and proffering solutions to her present myriad of challenges, then Engr. Umahi is definitely the answer.

According to TA Monica, the fact remains that no Governor, be it past or present has achieved what Governor Umahi has recorded in Ebonyi within the past six years.

Lady Monica who is also known as Ada Ebonyi listed the completion of 13 designed beautifully designed flyovers, construction of the best Government House in Nigeria, best Shopping mull in Africa, outstanding Christian Ecumenical Centre in entire Africa, linking the entire 13 Local Government Areas through quality, durable road networks, empowerment of all sectors of Ebonyians, as part of the Governor’s achievements. According to her, the Olympic Standard Stadium and Airport which will stand as one of the best in Nigeria, amongst numerous other feats are at different stages of completion.

The governor had created huge industrial clusters in the three senatorial zones of the State located strategically with proximity to raw materials and markets. The industrial clusters have the capacity of creating over 200,000 jobs for Ebonyi people and others and reduce the brain drain that the State had suffered over time.

Lady Monica came to the realisation of the Facts behind Paul Owen an American’s prediction that Gov. Umahi stands as the best Presidential candidate for 2023 if the country is desirous to be the best in the world. The American, Mr. Paul Owen, from the city of California, who squealed in delight after watching a video clip in my YouTube channel displaying the silent but very salient revolution that Dr. David Nweze Umahi is igniting in Ebonyi State and could not help but postulated thus: “Umahi deserves to be the President of Nigeria come 2023 but sadly most Nigerians are blind“.

“While I differ from Owen’s view about most Nigerians being blind as captured above, it is very clear that Umahi stands out as the best presidential material come 2023”, Monica opined.

She highlighted the postulation of Mr. Onu Joseph Eze, who wrote from Lagos that, “Abakaliki as a state capital used to be a village square where outsiders mistook for one of those fledgling hamlets with the potentiality of becoming a satellite unit in the nearest future. But today under Umahi, Abakaliki is fast rising to the status of a sought after state capital in Nigeria with robust nightlife and invigorating sights of rendezvous. Abakaliki can now be referred to as a state capital with superlative potentials for trade and commerce, tourism and socio-cultural education.”

Monica, who is also known as Ada Enonyi, called on the money mongers who are persuading the Governor to divert funds meant for the development of the state so as to nourish their selfish and insatiable desires and reform their individual pockets to desist from such antics, stressing that Gov. Umahi will not give in to their satanic antics.

She said everyone closely following activities under the administration of Umahi will quickly come to the understanding that the Governor is in a covenant with God to honor the terms of the social contract between his government and the good people of Ebonyi, and this fact can be deduced from his sterling leadership and track record of achievements in education, infrastructure, human capital development, security, health, employment generation and empowerment and all other aspects of the state economy.

The Governor’s cardinal desire is to ensure that everyone in the nooks and crannies of Ebonyi feels the impact and presence of government, and that desire he has continued and will continue to pursue vigorously, God willing.

Commending the peoples Governor, Engr. Dave Umahi for re-writing the story of Abakaliki and turning the fortunes of Ebonyi, Monica encouraged the Governor to continue to be committed and never relent in giving his best in public service until the will of God for our dear country is achieved through his people-oriented leadership model.