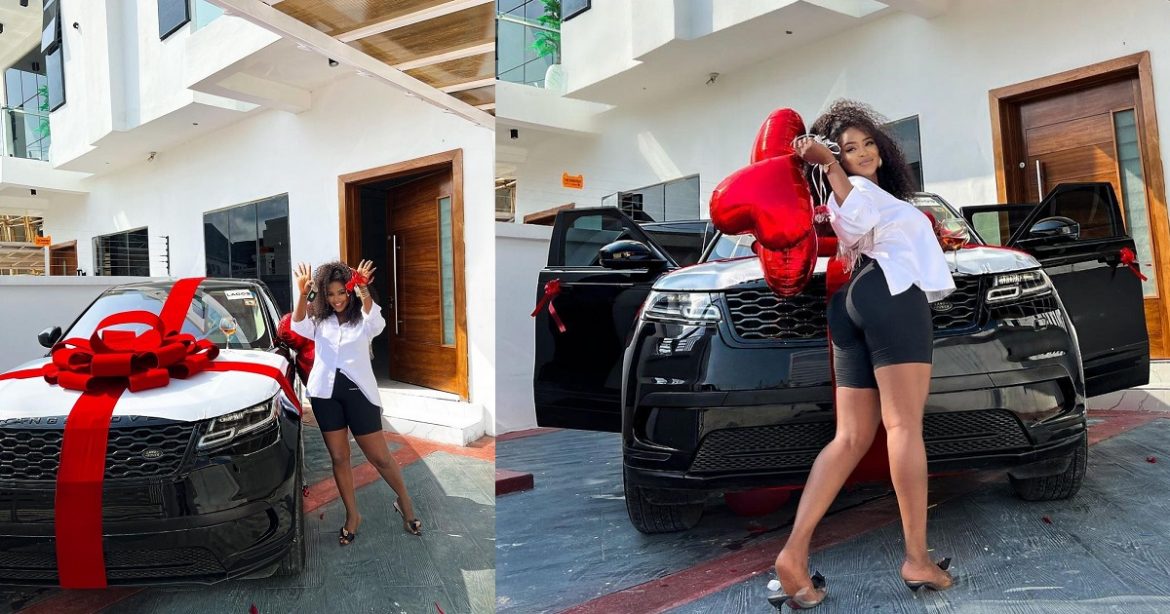 Nigerian media personality, Nnenna Egwuekwe better known as Nenny B, has splurged millions of naira on a brand new car and house.

Nenny who is said to be a voice journalist with MTV Base, took to her Instagram page to show off her latest expensive purchases – a Range Rover and a property in Lagos. 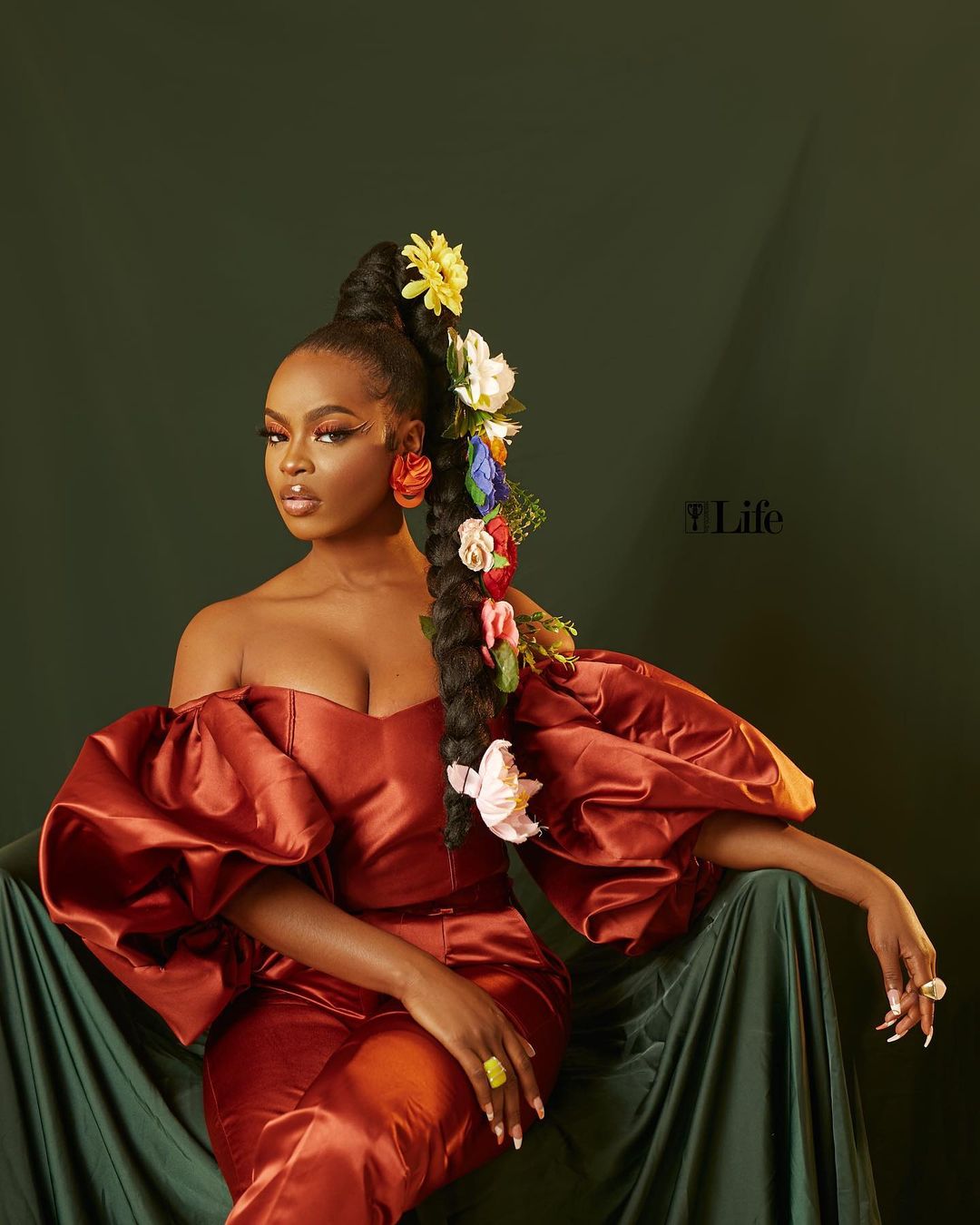 She shared photos of herself flaunting both the car and house keys while posing with the new whip parked in her new compound.

See the photos below, 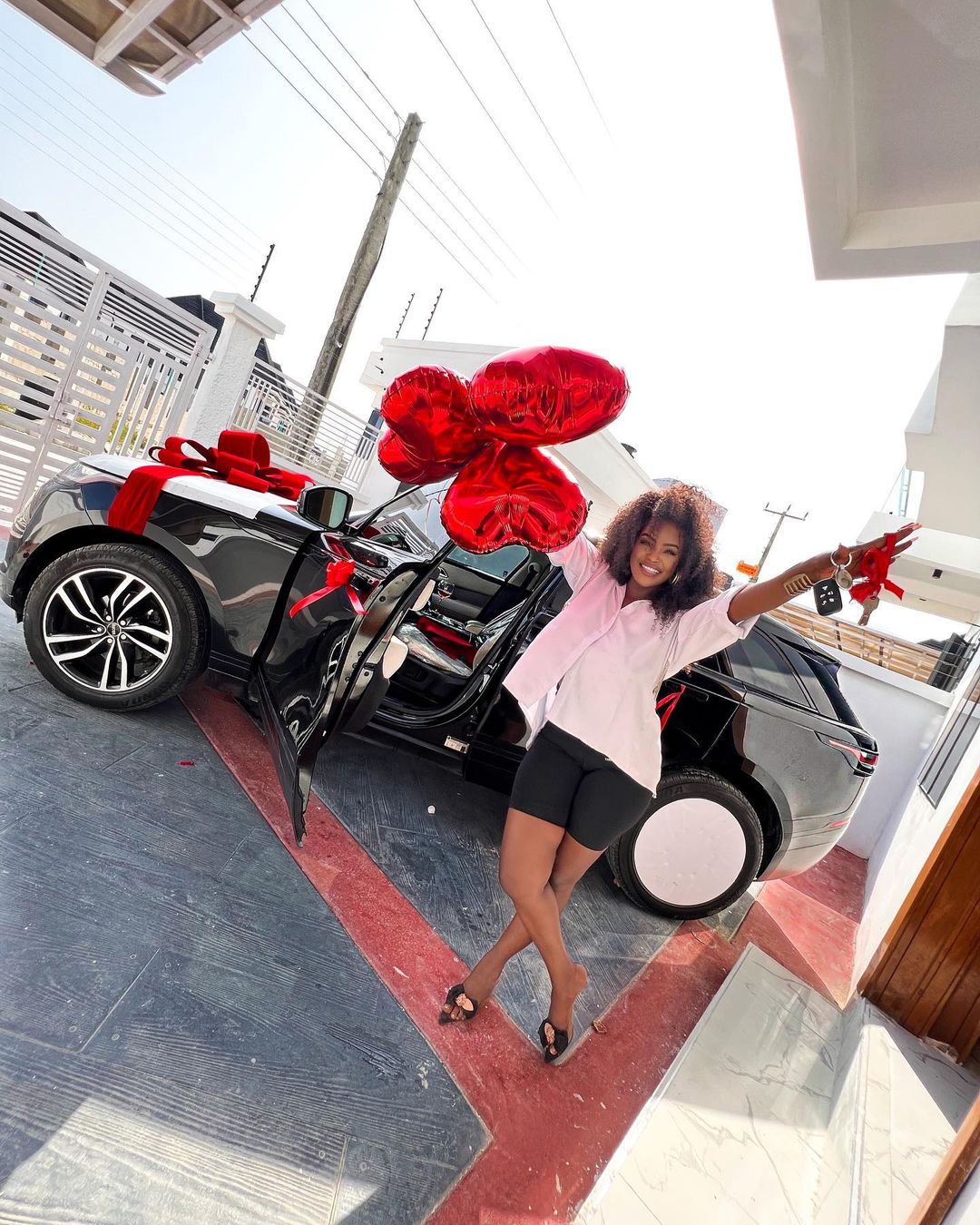 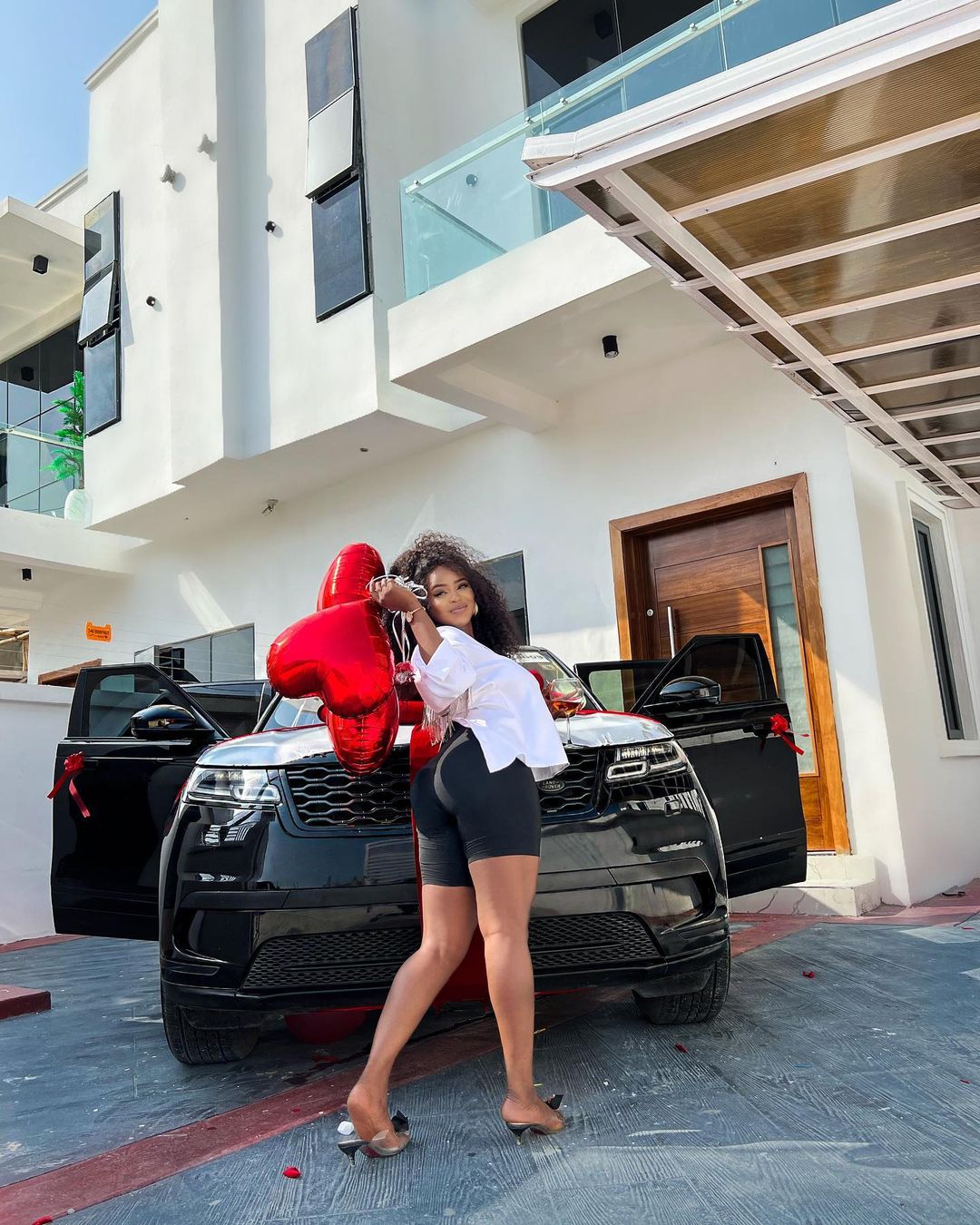 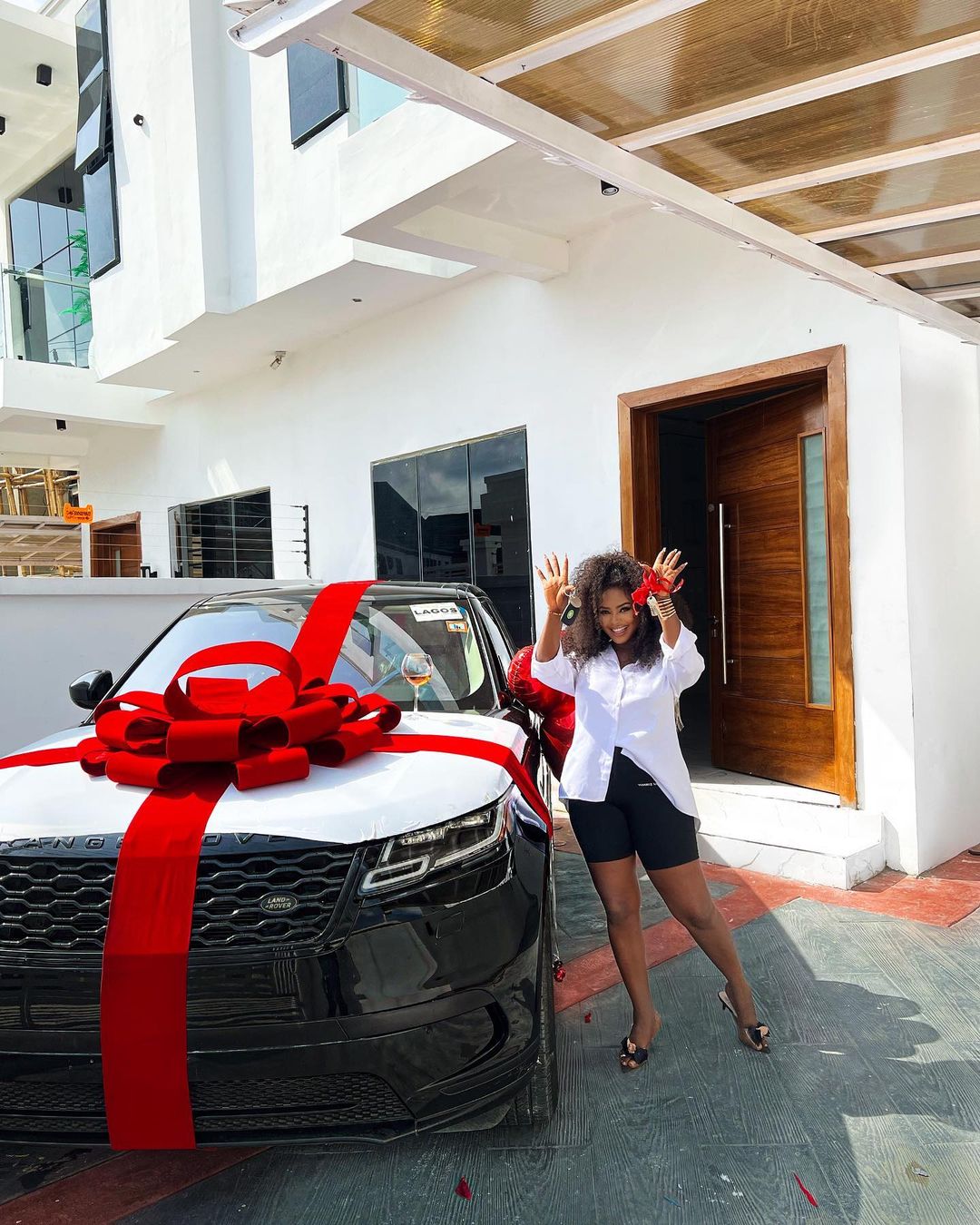 The social media influencer took to her Instagram page with over 100,000 followers on Monday, April 26, to show off her new machine with the caption, “New new”.

Her friends and fans flooded her with congratulatory messages on the acquisition of her new whip.

Interestingly, netizens rushed to the comment section to speculate that the expensive whip was a gift from popular Nigerian singer, Davido.

Although it’s unclear where this speculation stems from, it might be as a result of Davido’s appearance at her lavish birthday party that held few months ago.