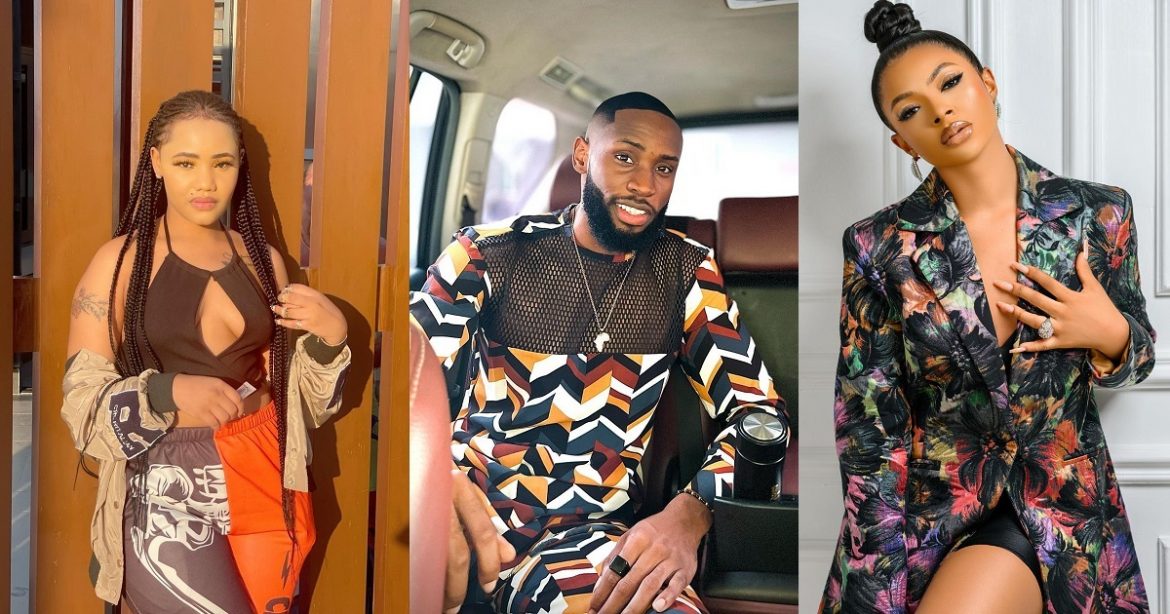 Natukunda Precious, a lady who confirmed she was the one in the room with reality star, Emmanuel in Dubai, when Liquorose walked in, has broken her silence.

Recall that on the reunion show on Friday night, Liquorose revealed that she had to wait outside Emmanuel’s hotel room in Dubai for 15 minutes ringing the bell before he finally opened the door. When she got in, she met a lady wearing a facemask on the bed. She said music was playing, the light was off and the bed was rough. She eventually stormed out, however, Emmanuel didn’t chase after her, and when they met to discuss what had happened, Emmanuel told her he wasn’t ready for a committed relationship.

The lady who has now found herself embroiled in the controversy has now shared a disclaimer stating that she is just friends with the reality star, and when they initially met, he told her he was single.in

Read what she wrote below…

Emma and I are just friends, he met me in Dubai last year where all these happened. I never knew he was in a relationship he told me he was single. You guys should stop attacking me. Keep me out of this please I have a boyfriend.

You guys should go and attack Emma becuase I never wanted all these. 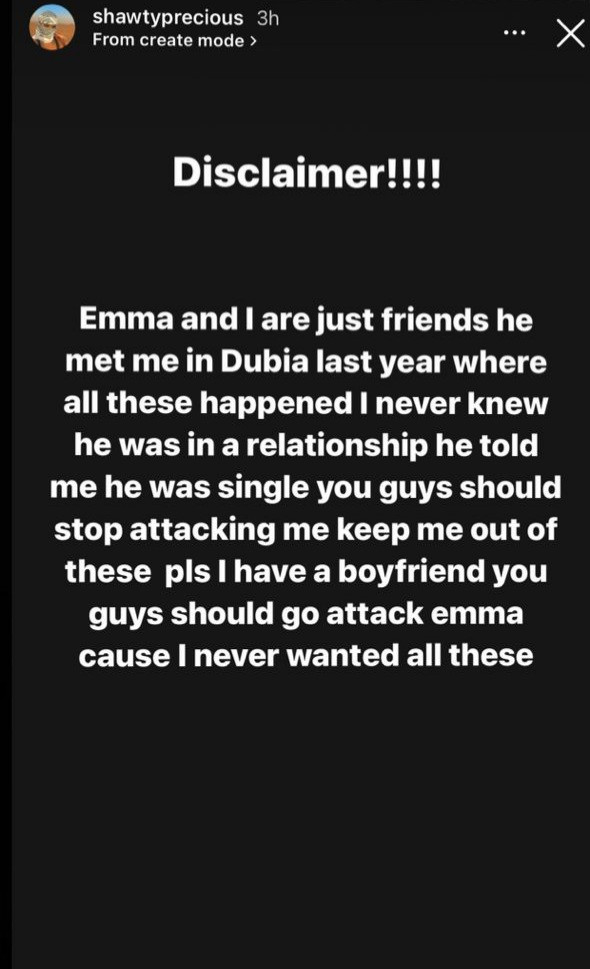