The Umaru Dikko’s Story. The Dikko Affair was a Joint Nigerian-Israeli Attempt To Kidnap Umaru Dikko, A Former Nigerian Civilian Government Minister Living In The United Kingdom, In 1984, And Secretly Transported Him Back To Nigeria In A Diplomatic Bag. The Kidnapping Took Place, But The Transportation Was Unsuccessful. After It Was Foiled, tThe Political Fallout Seriously Damaged Relations Between Nigeria And The United Kingdom For Years.

Dikko Was An Influential Transport Minister In The Civilian Administration Of President Shehu Shagari,His Brother-In-Law And A Prince Of Zazzau Emirate . 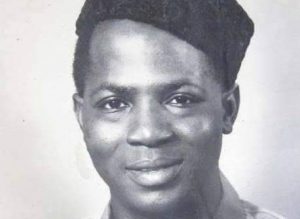 In 1983, The Nigerian Government Was Overthrown In A Military Coup Led By Major General Muhammad Buhari, And A New Military Government Led By Buhari Was Established. On His Second Day In Power, Buhari Issued A list Of Former Government Officials Accused Of A Variety Of Crimes. Dikko, Who Topped The list, Was Accused Ff Embezzling Several Billion US Dollars (Sources Claim That The Amount Was Around 6 Billion US Dollars) In Oil Profits From The National Treasury. Dikko Fled To Britain, Settled In London, And Became A Vocal Critic Of The Regime In Exile. 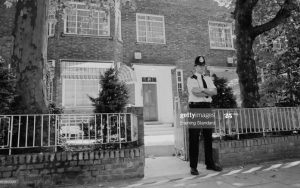 The Israeli Intelligence Agency Mossad Was Tasked With Locating Dikko And Bringing Him Back To Nigeria To Stand Trial. After Being Tracked And Located By The Mossad Field Officers, Accompanied By Nigerian Security Service Agents Led By Ex-Nigerian Army Major Mohammed Yusufu, Traveled To London.
On 30 June 1984, A Mossad Agent Driving Down Queensway, In Bayswater, Spotted Dikko. He Parked His Car And Then Tailed Dikko On Foot To His House In Porchester Terrace. The Mossad Recruited Levi-Arie Shapiro, An Israeli Doctor Who Was A Consultant Anesthetist And Director Of The Intensive Care Unit At HaSharon Hospital. He Was To Fly To London And Participate In The Operation. Shapiro’s Job Would Be To Drug Dikko, And Insert An Endotracheal ube To Keep Him From Choking On His Own Vomit While Being Transported In A Crate 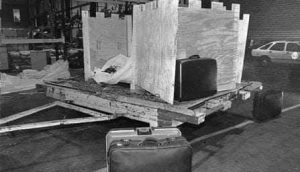 Late in the evening of 3 July 1984, a Nigeria Airways Boeing 707 arrived at Stansted Airport from Lagos. The aircraft had arrived empty, and the pilot notified the authorities that the plane had arrived to pick up diplomatic baggage from the Nigerian embassy. On board were several Nigerian security guards, who openly identified themselves as such and stated that they were there to protect the baggage. Their presence was reported to Scotland Yard’s Special Branch. The following day, Dikko was kidnapped in front of his home while he was out for a walk and taken away in a van driven by Yusufu.

He was then drugged into unconsciousness by Shapiro. However, the abduction was witnessed by Dikko’s secretary, Elizabeth Hayes, who quickly notified the authorities.

The crate was stopped at the Airport before it could leave for Nigeria. Dikko was taken to a hospital; he was uninjured.

Dikko later died in London in 2014 at the age of 77. Pictures below are Umaru Dikko,police officer guarding his London home and the crate used in the failed abduction.