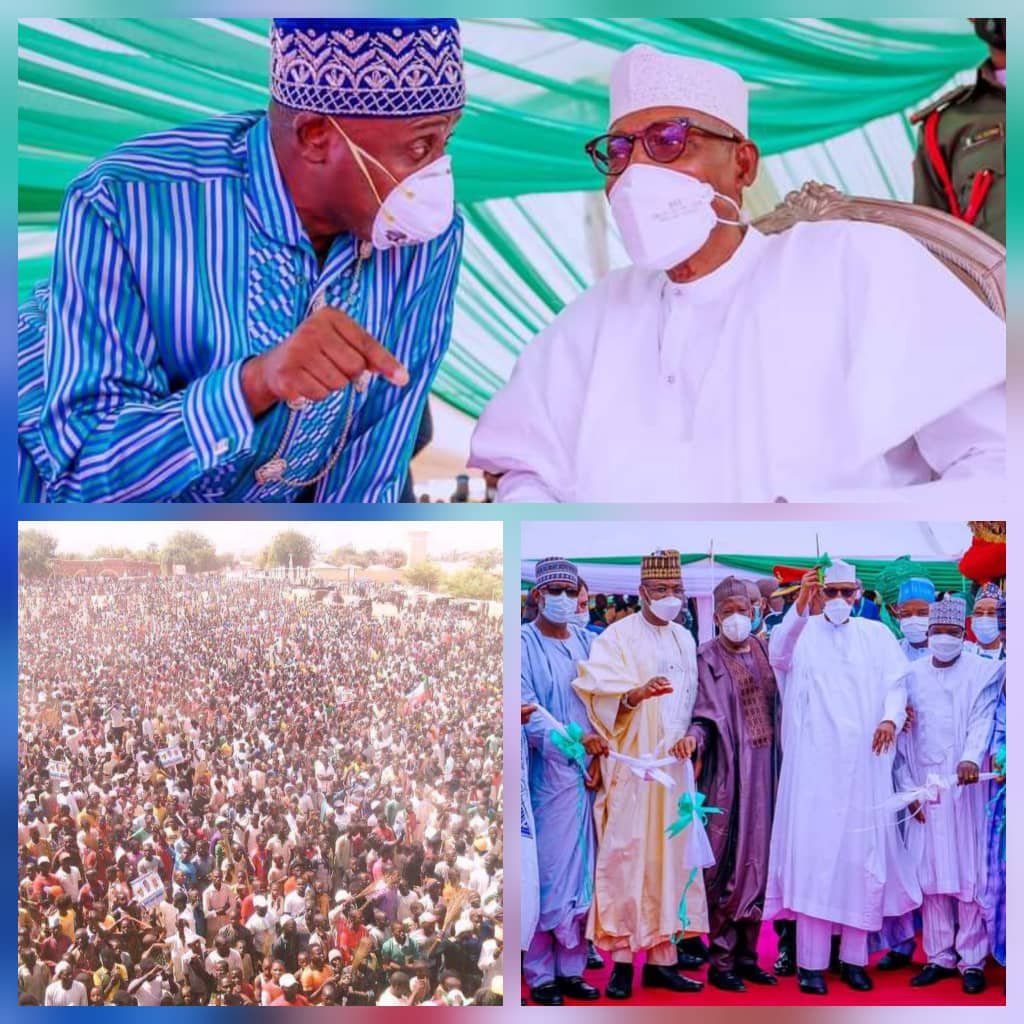 Eze Congratulates Nigerians as Buhari, Amaechi Delivers Kano-Kaduna Rail Project …Nigeria’s Biggest Railway Station and 20,000 jobs to be created out of this project…Describes Amaechi as a Selfless Leader & Promise Keeper

“Behold how pleasant it is when determination accompanies the pursuit of a course.” – Eze.

Mother Teresa of blessed memory once said “I alone cannot change the world, but I can cast a stone across the water to create many ripples”, and as John C. Maxwell puts it “leadership is not about accumulation, possession, and parading of titles, positions or flow charts, but about one life influencing another positively”. Translating vision into reality is the very essence of leadership, and true enough, Rt. Hon. Chibuike Amaechi, has stayed true to this principle in his commitment to achieving the targets of the Buhari/APC administration in the Transportation sector.

In his intense yearning and drive to leverage every salutary mutual relations that exists between Nigeria and the global community towards the development and diversification of the Nigerian mono-economy, President Mohammadu Buhari, has carefully succeeded to earn the admiration of Nigerians as an exponent of modern rail transport system in Africa within six years of his reign as President.

Thursday July 15, 2021, another milestone achievement was recorded in the tasking journey to building on the huge gains already recorded in the Transport sector of Nigeria’s economy under the current government, as President Mohammadu Buhari in company of Transportation Minister, Rt. Hon. Chibuike Amaechi and others, performed the groundbreaking ceremony for the construction of the Kano – Kaduna standard gauge railway modernization project, with resounding fanfare and accolades renting the media space in public approval.

Describing the project as yet another worthy feather in the annals of the country’s infrastructural revolution, chieftain of the All Progressives Congress and erstwhile National Publicity Secretary of the defunct New People’s Democratic Party (nPDP), Chief Eze Chukwuemeka Eze, said President Buhari, has continued to demonstrate the willpower to fix the rot in critical public infrastructure and restore the long-lost public confidence in government.

“The take-off of the construction activities on this segment of Lagos-Kano vividly represents the commitment of this administration in the revival of the Nigerian railway system to reduce the deficiency in our transportation infrastructure and drive effective and more efficient transportation of passengers and freight within the country.

This project is crucial to the establishment of a supply chain in railway transport within its corridor, Kano-Kaduna-Abuja, as it links the major commercial cities of Kano and Kaduna to the federal capital territory, Abuja”, Buhari had stated during the official flag off, adding that the project would positively drive Nigeria’s economies through employment generation, empowerment and wealth creation from new business opportunities.

Aside its linkage to the Tin Can Island Port, Buhari also stated that the rail line is expected to be linked to the dry inland port close to its routes to enable the ports receive imports directly from the international market as ports of destination.

On his part, Transportation Minister, Rt. Hon. Chibuike Amaechi said the biggest train station in Nigeria would be located in Zawachiki, Kano State adding that the project when completed will improve the standard of living, create over 20,000 jobs and promote trade.

In a statement made available to media houses in Port Harcourt, Eze quoted the Minister as stating that “…the railway will help decongest the Lagos Port complex and increase efficiency and viability of the inland dry ports located in Ibadan, Kaduna and Kano” while hinting that plans are on the way to construct a rail line to “link Sokoto-Kebbi-Zamfara to the national railway network.”

Amaechi further hinted that approval by the National Assembly for a loan to continue the Port Harcourt-Maiduguri line which traverses Port Harcourt, Aba, Umuahia, Enugu, Markurdi, Lafia, Jos, Kafanchan-Kaduna, Bauchi, Gombe, Damaturu, Gasau and Borno, is being awaited and once approved, work will continue unhindered.

Earlier in a media parley, Emir of Kano, Alh. Aminu Ado Bayero, praised the Minister of Transportation, Chibuike Amaechi for for staying true to his words over the kick-off of the Kaduna-Kano standard gauge rail line in Kano. “I will like to seize this opportunity to thank the Minister of Transportation for being a gentleman. …he promised that the rail line to Katsina will extend to Niger Republic and that it would be done within a short period of time. I was there to witness it. At that function, he promised to commission one or two projects in Kano. A month or two later, he fulfilled that promise. He Also promised that the President will do the commissioning and that has been fulfilled… that’s what I call a gentleman; someone who will make a promise and fulfill it”, the visibly elated Emir confessed.

Similarly, the Northern Governors Forum has earlier on lauded President Buhari for his commitment towards railway development in the country.

Chairman of the forum and Governor of Plateau State, Simon Lalong, in a statement issued on Thursday in Jos, by the Forum’s Director of Press and Public Affairs, Dr. Makut Macham, lauded Buhari for his efforts in revamping the rail transport system adding that “the gesture would facilitate the ease of doing business through accessible means of transporting people and goods across the country while assuring the Northern Governors support in the management and security of the rail infrastructure within their domains.

Congratulating Nigerians for yet another big win, Chief Eze commended the Northern Governors and Traditional rulers for their support towards the projects and assured that Chibuike Amaechi will continue to break new grounds and discover hidden opportunities for the benefit of Nigerians.

Indeed Amaechi’s selfless performance perspicuously reflects the words of John Quincy Adams when he stated thus “if your action inspire others to dream more, learn more, do more and become more, you are a leader”. “Amaechi is indeed a leader, please follow him”, Eze counseled.