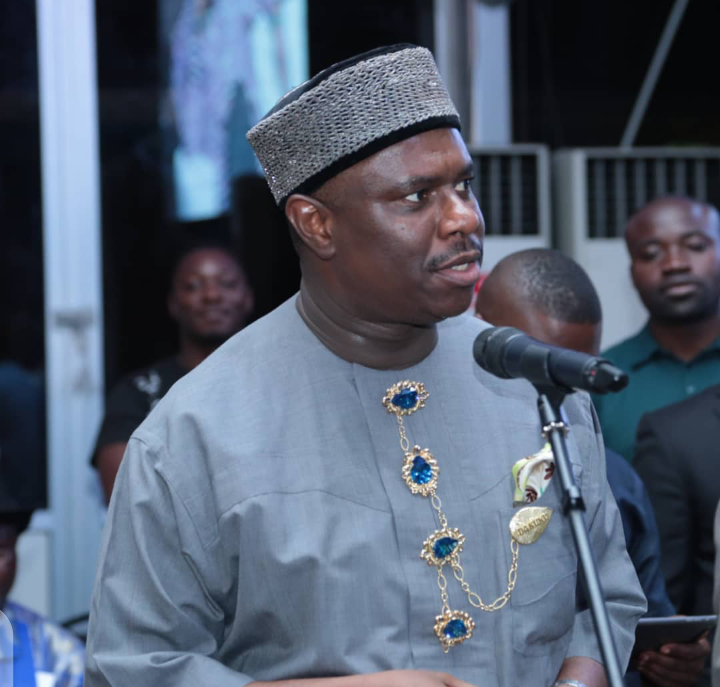 Recently Prof Attahiru Jega, former INEC chairman, shared his thoughts on the amended electoral Act that is yet to be signed into law. His views are important because he is considered an insider and has midwifed an electoral process reasonably regarded as credible by Nigerian standard. Prof Jega’s central thesis is that an electoral act that addresses the electorate’s concerns will help break the jinx of electoral fraud and sanitize the process leading up to the 2023 general election.

Whether the current administration will produce an electoral act that fulfils this condition is yet to be seen. However, Nigerians cannot doubt the intentions of the government to improve the electoral process come 2023. This intention is evident in the attempt to produce an amended electoral act that will define the structure and procedures of elections in Nigeria. One cannot also deny that all stakeholders (INEC, National Assembly, the press, and the citizens) influence the content of the new electoral Act.

A few months ago, when the Senate rescinded its earlier stand of not accepting electronic transmission of results, as stipulated in the amended draft electoral act after much public outcry about it, Nigerians for the first time in the recent past applauded the Senate and praised it for standing with the electorate and democracy. This action shows the electorate’s passion for this Electoral Act amendment and how Nigerians are hopeful that when accented to, this new Electoral Act will turn out to be the most significant piece of legislation on elections and democracy in recent times.

There are two main aspects of this Electoral Act that merit consideration: The electronic transmission of results and direct primaries for political party candidates for election. I will analyse these two aspects of the Act to point out how they will impact elections in Nigeria and the implications for our nascent democracy.

The time for digital democracy is here. Most developed countries have advanced e-governance infrastructure and have incorporated some form of e-democracy in their democratic process. Citizens communicate with their representatives, pay taxes, and engage in various aspects of civic responsibility online. Elections are not left out. In Nigeria, the Digital revolution has had a consequential impact on how we live our lives, transfer money,pay bills , watch films, but none of these is more important than how we intend it to impact our democracy.

Most Nigerians were elated when the new amended electoral Act added electronic transmission of the results. Although a seemingly insignificant aspect of the e-democracy, the expected implication on our elections is enormous. It may not address all the rigging problems but will significantly address the issue of rigging associated with moving results from unit to ward, LGA and state levels.

The electronic transmission of results will eliminate all these scenarios. It is safer, more transparent, and eliminates opportunities for result manipulations by-election riggers. For instance, there have been no disputes on electronic money transfer in Nigeria that gets to the supreme court, but moving electoral votes or results from one point to another ends in the Supreme Court and the position of the supreme court has always been that the electronic process is alien to the electoral act.

The only proviso in the electronic transmission of results that I can foresee is the level of adoption and implementation by INEC. The devil is often in the details. INEC has a history of struggling with novel technology, especially at the first time. The Card Reader adoption is a good example. Although the technology was a fantastic idea when INEC added it, the implementation was so poor that it created difficulties. Former President Goodluck Jonathan struggled to cast his vote in Otueke, Bayelsa state, because the card reader malfunctioned. I sincerely hope that INEC will do everything in its power to provide the resources, both in hardware and software, that will work seamlessly. Any unnecessary and avoidable mishaps will present them for litigations and counter litigations and, by so doing, defeat the purpose of electronic transmission.

I advocate that after adopting electronic transmission and Nigeria reaps the benefits therein, we should extend to other forms of e- elections, including e-voting, e-collation, and e-governance. Nigeria should be leading Africa in technological advancement, and I feel we could show the world and Africa that we are ready and eager to move into the 21st century by using technology to transform our democracy. I implore all to stop fearing technological adoption in elections. We must embrace it and use it as a veritable tool to improve our democracy. What benefits will Nigeria get when ‘e-election’ strengthens our democracy?

The first is that if technology enables our votes to count, we can determine who our councillors,
assembly members, Representatives , Senators, Governors, and President are and not by a tiny political cabal. That way, our elected officials are more likely going to be accountable to us. There is no gainsaying that votes that reflect the ‘people’s will’ will impact the quality of governance and, ultimately, the quality of life of the people. If the electoral process is credible, it will deepen democracy, but if it is not, everything will be considered a fraud, and elected persons will constantly be battling legitimacy.

If elections results are credible and represent the people’s will, when elected leaders fail, then every voter is liable for the failure. In the next election cycle, voters will be careful to elect people that will carry their collective vision given available resources actualise them. With time, the quality of leaders and leadership will improve, and this will permeate all aspects of governance and help enthrone the rule of law and other cardinal attributes of virtues of democracy.

To illustrate, the US does not have a central electoral body, but it relies entirely on the credibility of the electoral process to legitimise its democracy. This scenario was even more evident in the last US presidential election, where all US institutions pulled together to save their democracy when Trump attacked the electoral process because they believed that the election results and credibility were sacrosanct.

Second is that election credibility saves a lot: resources saved from lengthy legal battles and judicial incursions into our election process, which should be anathema ;the time wasted by elected officers waiting to know the outcome of legal cases against their election before they settle for governance and leadership (in some cases, in the first six months after the election), elected leaders are in limbo waiting for the Supreme Court to determine their fate ; the lack of legitimacy by elected leaders when the citizens feel they rigged the elections that brought them to power; and the great chasm between the leaders and the people because the people do not think those elected leaders are representing them or carry their collective dreams, wishes and aspirations.

There is no doubt that direct primaries will strengthen popular participation and make party membership fruitful and rewarding. People will get used to voting for candidates at the local level, and this will be in synch with the popular choice of party members who will enjoy the democratic creed of one man one vote. This action will deepen grassroots democracy with its ancillary benefit to the party and the nation.

Again, it may reduce money politics because it is more challenging to bribe thousands of people than bribing a few delegates who select the candidates. This will limit the power of moneybags and Godfathers that have a stranglehold on our politics. Second, grassroots democracy and engagement strengthens democratic principles and entrench democratic values. These values, when properly harnessed, will create the elusive party ideology that Nigerian political parties have struggled to have.

Furthermore, with godfatherism and money playing a minor role in our politics, good people with proper leadership skills and drive to make a difference will have the chance to participate and effect significant change that Nigeria desperately needs. Among these will be young people who are less represented in the political space because hitherto, they have not been interested or they have been side-lined by the older and more entrenched politicians who have been in corridors of power for several decades.

Additionally, hijacking party structure by a few and foisting unpopular candidates will minimise if not completely eradicated . Besides, direct primaries will allow the largest constituency to scrutinise aspirants and enable potential candidates to know the area and build the necessary coalition. Lastly, direct primaries will also address the issue of abuse of the electoral system by party delegates who sometimes are selected based on financial reasons that undermine the process and purpose.

However, direct primaries may have their challenges too. How can parties implement credible direct primaries free from rancour, thuggery, mob hysteria? How easy will it be for INEC to monitor and work collaboratively with parties to ensure the success of these direct primary elections? What powers and resources are provided for INEC to deliver on this additional responsibility given to it? How can parties avoid direct primaries degenerating to a mob, choosing candidates based on primordial sentiments rather than rationalism? How can INEC stop the possible falsification or writing of fictitious results?

Just like with electronic transmission of results, direct primaries success depends on the implementation. INEC has extended responsibilities of monitoring party primaries, and government should equip it to do so. The real challenge is for parties to take up the responsibility to organise party primaries so that the process is credible.

In conclusion, I do not doubt that when the electoral Act is accented to and appropriately implemented, the ramifications will be manifest to all. It will deepen our democracy and bring about the credibility of elections, legitimacy of leaders, accountability of elected leaders to the people and most importantly, it will bring about the much-needed dividends of democracy – the rule of law, human rights , socio- economic development and high quality of life for most citizens.