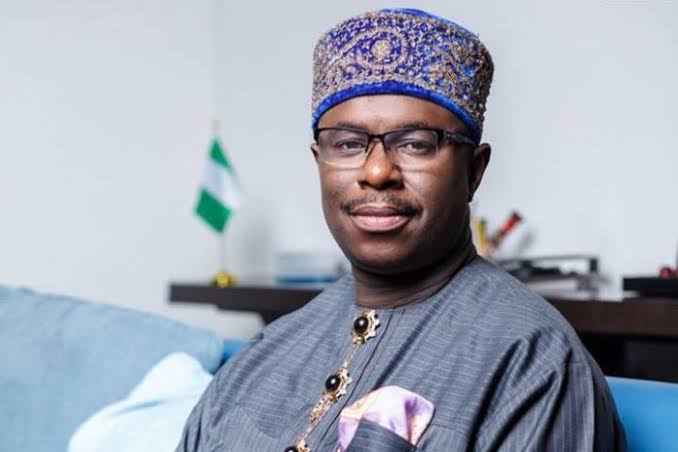 On Monday 19th April 2021, the world woke up to the news that the long-serving President of the Republic of Chad, Idriss Deby , had died. His death marked the end of an inglorious chapter in the history of political leadership in Africa and left loads of lessons for Africa and her leaders.

According to reports, he was killed by rebels following injuries he sustained during clashes with rebels in the northern part of the country . The late Chadian leader, aged 68, was said to be a poor herder’s son who scraped a living from the harsh deserts of northern Chad and rose through the ranks of the Chadian military to become one of Africa’s most despotic leaders of his time . He was a tall, imposing one-time military commander with a haughty mien, versed in cunny diplomacy, which helped him outwit his opponents or buy them over. He used fear to rule the arid country and cracked down on the opposition and perceived enemies whenever there was some threat.

In 2018, Chad’s parliament was arm-twisted by the President to review the Constitution to allow him to stay in office until 2033. Mr Deby on April 11 , was declared winner of what was generally considered a flawed election that would have enabled him to enter a fourth decade as Chadian President just before his death.

There are several lessons to learn in the Idriss Deby story. The most important , African countries need to realise that the Western powers are primarily interested in things that benefit their lands and their people. They scream about the importance of human rights and democracy when convenient for them but become willful accomplices to despotism, tyranny, and

human rights abuses when the perpetrators are of strategic interest and profits their countries.
In 2017, the U.S. Justice Department
accused Mr Déby of having accepted a $2 million bribe from a Chinese company in exchange for oil rights in Chad. However, Mr Déby supported a Western-backed military operation against Islamist militants in neighbouring Mali in 2013. A year later helped to end a violent turmoil in the Central African Republic. Because of these seemingly good actions, Mr Deby’s failings and those of his government were overlooked mainly by Western countries. They embraced Mr Déby as an indispensable ally in a dangerous part of the world.
Analysts say he understood what was required to hold Chad together and knew what France, the former colonial power, and the West wanted – and he gave it to them. Emmanuel Macron was in Chad on Friday to provide Mr Deby with a royal funeral. This is despite the role of the departed leader in decimating democracy in Chad and perpetuating corruption and nepotism.

Mr Deby’s three-decades-long rule impoverished many Chadians. He was unable to turn the country’s vast resources into wealth that benefitted his countrymen. Chad became an oil-producing nation in 2003 with a $4bn (£2.6bn) pipeline linking its oilfields to terminals on the Atlantic coast. Currently, the country’s vast deserts cover untapped reserves of uranium and oil that is presently pumped at a rate of 130,000 barrels a day, generating much of Chad’s revenue.
However, Chad frequently featured prominently in the list of the world’s poorest and most corrupt countries as Deby squandered billions of dollars’ worth of oil wealth – and did not oversee any significant development in a country where poverty is rife. The adult literacy rate is at an abysmal 31.8 per cent. Life expectancy is shockingly at 54 years. Opposition leaders in Chad accused Mr Déby of squandering the oil wealth by pouring it into the military, which he has used to perpetuate himself in power, manipulate the political process and repress his critics.
Deby had severe health problems over the years. He is a regular visitor to hospitals in Paris to treat a persistent liver ailment. This was unconscionable for the leader of a country where the World Health Organization estimates that there are less than four doctors per 100,000 people.
Under Deby, Chad has never been a peaceful country. Just as he invaded the country from Libya as a rebel, militants intent on toppling his government have been a persistent feature of his three decades of dictatorship. There have been some assassination attempts, including an alleged plan to shoot down his aircraft.
In 2006, rebels were right outside his presidential palace lobbing grenades over the wall before French troops intervened to save Deby’s regime. In 2008-2009, President Deby had to supervise the digging of a massive trench and cut down all the giant trees lining the avenues around the Chadian capital city of N’Djamena to prevent advancing rebels from penetrating the city again. These incidents indicate a country that is a hotbed of instability. Sustainable development hardly takes place in this kind of circumstances.
Deby virtually turned Chad into a family enterprise. He had multiple wives and children, and his sons, grandchildren, nephews, nieces, brothers, brothers-in-law invaded all the strategic positions of the country in a system of nepotism associated with despotism.
This clannishness probably led to this current situation whereby his son Mahamat Idriss Déby, a 37-year-old four- star military general, has been appointed head of a military government . This action violates the Constitution, which specifies that the President of the national assembly, or failing that, the first vice president, should take over when a president die.
Most analysts doubt whether the new Chadian ruler can wield the kind of power and influence his father wielded, which enabled him to hold the country together. There are reports of a power struggle between Mahamat and one of his half-brothers, Zakaria, which would likely open the door to hostilities in a battle for succession.
The feud had been brewing for a while. In January 2020, when the late President was ill, he allegedly left the first lady Hinda Deby in charge of the government to prevent a confrontation between Mahamat and Zakaria. One does not need a soothsayer to predict that there is a likelihood that Chad will degenerate into crises soon.
For Nigeria, Deby’s death may have some implications, especially in the fight against Boko Haram. Chad had intervened severally to assist Nigeria’s military in tackling Boko Haram insurgents, especially when they took over swathes of territory in north-eastern Nigeria in 2015 and with insecurity spreading around other countries bordering Lake Chad. Déby is ever willing to send his battle-hardened troops into Nigeria when the country needs them.
Nigeria can also learn from Deby that;instability in Chad may mean instability is nearer home than we thought; flawed elections are an invitation to anarchy; clamping down on alternative voices is an invitation to lawlessness and instability ; international friends’ help is limited; development is key to stability and not deprivation and accumulation of wealth for self ; and nepotism and its twin mediocrity can not help lift a country or secure a leader .

READ  You Are My Father, I Am Not Your Father By Dakuku Peterside PhD

Lessons for African leaders abound in this Deby’s debacle: First, his long reign entrenched the opposition and merged the political opposition and rebellion from the north Into one . The president became a source of avoidable instability. Second, it is evident that leaders who make peaceful change impossible make violent change inevitable; Third , his use by the west as an ally against terrorism in the sahel was a test for a defective foreign policy thesis. Simply, that thesis is that one strong man can keep a country stable and defend a region if supported militarily. What happens when the strong man is felled by his own foibles? Ask
Saddam Hussein or Muammar Ghadaffi . The contrary position is the view canvassed by former President Obama that what Africa needs to progress are strong institutions , not strong men . The eventual outcome in Chad will test this wager to the limits. Fourth, Idris Deby’s nauseating nepotism and power absolutism ought to instruct other African leaders that that leadership model has expired. Mobutu, Nguema, Abacha and others have proven that autocracy and rank corruption can only deepen Africa’s regression. Fifth, personal character of a leader matters and it is what determines the choices a leader make and it is also his greatest strength amidst insecurity and instability; Sixth , courage is an essential virtue of leadership and Deby had it , but it is not enough alone to achieve greatness as a leader.
Deby’s death marks the end of yet another African despot. He has left behind a country facing the threat of invasion by rebels, a population with most people in poverty and another sad legacy of absolute power, clannishness and “sit- tightism”. He presided over the affairs of Chad for more than 30 years. Still, he has been unable to institute sustainable democracy, leaving behind an unconstitutional government and a fierce battle for succession, which may tear the country to pieces. I doubt if history would be kind to him.

READ  The Only Country In The World Without A Single Church

politics of self- interest, saw the Chadian strongman as a political ally. Chad played host to military exercises conducted by the United States, which helped the Chadian army become one of the best trained and equipped in the semi-arid belt.
Deby came to power in Chad in 1990 after leading a rebellion that invaded the country from Libya and overthrew the government of Hissène Habré, another dictator,under whom he previously served as head of the army. Mr Deby was able to stay in power for three decades to a large extent because he could endear himself to the Western powers. He had close ties with France, Chad’s former colonial power, which considered him one of its most loyal allies, often turning a blind eye to his despotic antics, harassing opposition leaders, and suppressing dissent. In some instances, France did not hide its support for Mr Déby’s government as it deployed troops to Chad in 2008 and 2019 to help him repel rebels who tried to unseat him. The United States saw in Mr Déby a vital ally in the fight against terrorism. The late Chadian leader endeared himself more to the Americans after taking frontline command of a military force that pursued Boko Haram and its splinter groups, including the Islamic State West Africa Province, an unconsolidated affiliate of the Islamic State. Like the West, in their hypocrisy, lent their support to yet another African sit-tight despot, they turned a blind eye on the repression of political opponents, accusations of human rights abuses and corruption. They watched as Mr
Deby manipulated the political process in June 2005 in a referendum that eliminated a two-term constitutional limit, which enabled Déby to run again in 2006. In the subsequent election for President’s office, the Chadian leader won spurious 65% of the vote after opposition parties had boycotted the election.