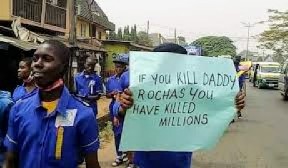 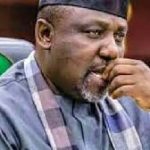 Students of Rochas Foundation College of Africa in Orji Owerri today, 22nd of February protested over what they call unwarranted harassment of their father Sen. Rochas Okorocha- Former Governor of Imo state and Senator representing Imo West at the National Assembly.

The protest was triggered after Hope Uzodimma, Imo State Governor and his government locked down the prestigious school at Old IBC Orji and forced all the students out of the school premises.The state Government is alleging that Okorocha built the secondary school with state funds and forcefully sealed it. 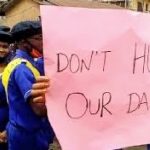 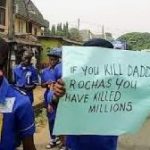 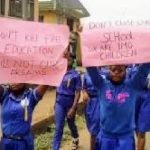 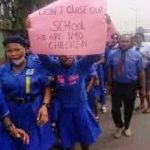 The protest is currently going around the school premises with students alleging that there is an ongoing plot to kill their sponsor. They held written placards advising the Governor, Hope Uzodimma to pursue peace.

Notably amongst them is the one written,”If You Kill Daddy Rochas, You Have Killed Millions” — An affirmation that Rochas Okorocha is indeed catering for them and if anything should happen to him then their hope might be lost.

You will recall that Okorocha is the founder of Rochas Foundation, a charity comprising a number of special schools that are spread all over Nigeria that gives scholarship to the less privileged children in Nigeria. 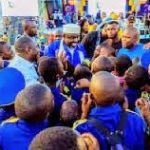 He has 21 tuition-free schools across 12 states in Nigeria. In October 2019, Rochas Foundation budgeted one billion Naira to help out of school children in Nigeria. In 2018, it offered scholarships to one thousand children in Internally Displaced Persons (IDP) camps in Benue State.