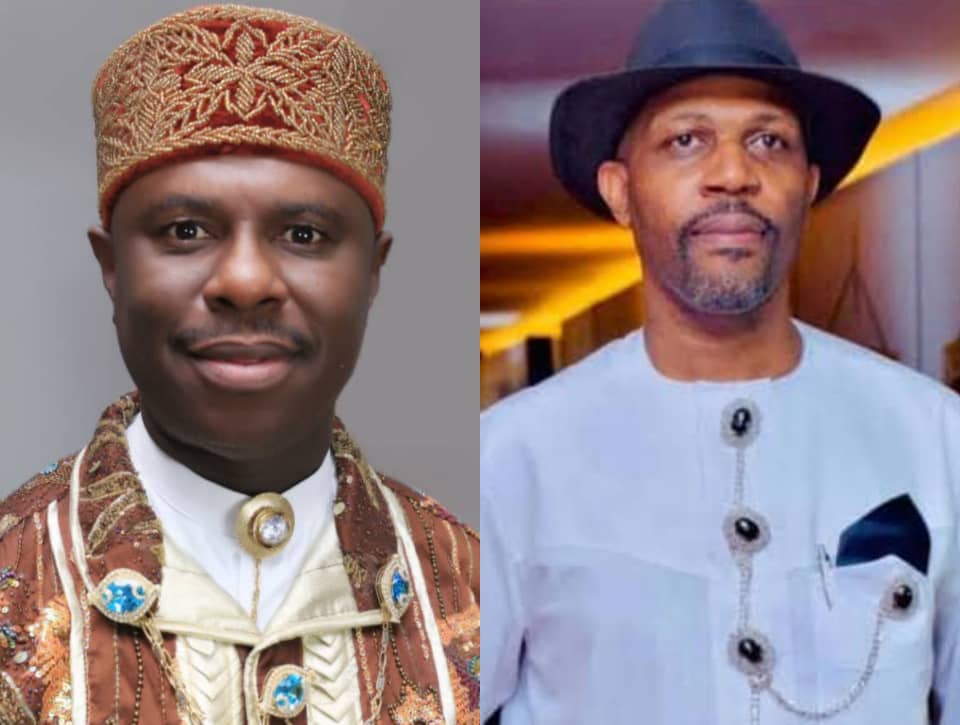 The Easter Friday attack by suspected assassins on the Port Harcourt residence of Prince Tonye Princewill, a governorship aspirant on the platform of the All Progressives Congress, APC, has been condemned.

Former Director General, Nigerian Maritime Administration and Safety Agency, NIMASA, Dr. Dakuku Adol Peterside, handed down the condemnation on Friday, in Port Harcourt, the Rivers State capital, saying it was not how to mark the solemn Christian festivity.

He stressed further that though the motive behind the attack had yet to be established, but that the incident happened in the first instance bespoke a frightening dimension to partisan or domestic relationships in the state.

Speaking further, Peterside, who expressed gratitude to God that neither Princewill, any member of his family nor member of domestic staff was harmed in the attack, regretted that violence and targeted attacks on private citizens had fetched the state ignoble rating among comity of people, lamenting that while some politicians from the state have been working hard to clean such ugly impressions, others preferred bloody route to political heights, adding “Our state has an ugly rating among comity of people as one which politics is bloody and bestial, when that is not who we are. But in the face of our arguments that such violence and attacks do not represent who truly we are, the latest attack on the residence of Prince Tonye Princewill weakens our stance.”

While tasking security agencies to dig into the attack and apprehend suspected attackers, Dakuku Peterside, a development expert and maritime security consultant, warned against a relapse into the days of “Bloody Rivers” with hustings for the 2023 general elections about to peak. “We can’t afford to return to the notorious days of “Bloody Rivers” in our politics, more so with electioneering activities peaking and soon to reach a crescendo. Our politics needs better deals than as was witnessed in Princewill’s home on Easter Friday. And Princewill equally deserves better deals from the state being a citizen,” he admonished.

He called on politicians to be willing to submit to fair contest at all times and not seek political upper hand through the barrel of the gun, or any other form of violence. “Politicians should always submit to fair contests and not seek political fortunes via violent and extremists’ options. The use of armed hirelings or barrel of the gun in what should be fair contests should never be part of our democratic practice. They never had been since democracy evolved as part of civilised governance”, he added.

Dakuku Peterside, who is in the pole position in the race for the APC governorship ticket, warned those afraid of fair competition in the pre and post 2023 elections, to better withdraw than plunge Rivers State into another bloody season.

Said he: “There must be those afraid of fair contests through the ballots. So, for them, violence and other extreme options, alien to democracy and development, must be deployed against other contestants. Their aim is to frighten all others to chicken out so they would ascend the throne of victory on a platter. My one Kobo advice to such persons is to withdraw their aspiration and not plunge Rivers into another bloody season. Our wounds had yet to heal as our loved ones are still mourning their loved ones cut-off in similar political circumstances not too long ago.”

Peterside called on Rivers people and others to always resort to internal conflict resolution mechanisms enshrined in political parties’ Constitutions, or seek agencies of state to settle their differences.

“People should always take to lawful procedures to resolve their differences as enshrined in parties’ Constitutions for members and, lawful and legal means through various channels for the public. Doing so would make our state peaceful and our lives meaningful for the development we all crave for,” he summed up.