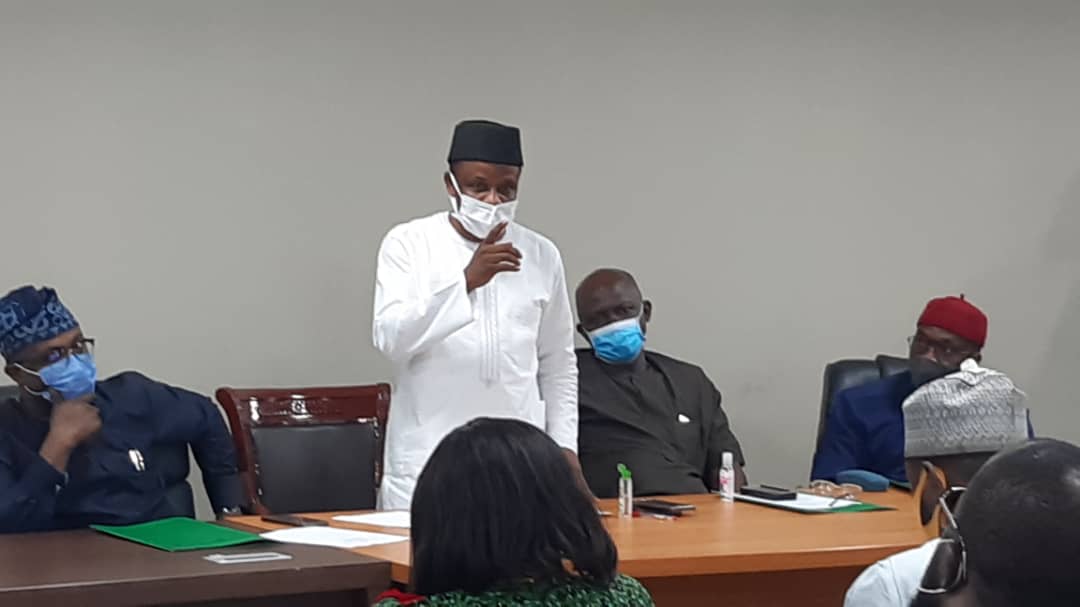 The Chairman of the House of Representatives Committee on Niger Delta Development Commission, NDDC, Hon Olubunmi Tunji-Ojo, has pledged to support the Commission as a strategic stakeholder in the sustainable development of the Nigeria’s oil-rich region. 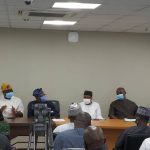 Speaking during the oversight tour of the House Committee at the NDDC permanent headquarters in Port Harcourt, Hon Tunji-Ojo reiterated the need to reposition the NDDC for effective performance in all its mandate states.
He said: “We are here to engage with you to enhance your service delivery, ascertain your challenges if any, and explore ways of mitigating them. You have the assurance of this committee to support you in every way possible, including through legislative instruments.” 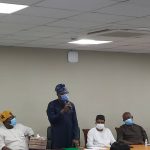 “The NDDC being a window of opportunity for the transformation of the Niger Delta region can serve as the agent to catalyze regional integration and socio-economic advancement of its people.

“The Committee is willing and ready to work with the NDDC in terms of drafting legislation that will ensure that the NDDC is more efficient and delivers on its mandate. We want to see the NDDC deliver on legacy projects like the East- West road, the Calabar-Itu road and the Ikot Ekpene-Aba road while it still undertakes emergency projects. The Committee will work with the NDDC to improve the lives of the people of the Niger Delta region.”

The Lawmaker stated that the NDDC being a window of opportunity for transformation of the Niger Delta area should serve as the agent to catalyze regional integration and socio-economic advancement of its people and as a result of this, the committee was working towards putting in the necessary mechanisms towards ensuring this.

According to him,” it is the position of the committee that going forward, the NDDC is expected to award contract to only contractors with capacity and focus”
He harped on the importance of reviewing the Niger Delta Regional Development Master Plan, which he stated is long overdue. He, however, promised that efforts would be made to ensure that the states of the Niger Delta, Oil Companies, Private Sector, Multi-lateral organizations, civil Society and other stakeholders jointly review and update the Master Plan and commit to its effective implementation.

Tunji-Ojo noted: “Since the inauguration of this Committee nearly two years ago, this is the first time that the Committee is visiting the NDDC in line its oversight functions and that is due to the current leadership of the Commission.”
The Committee Chairman noted that the NDDC, as an interventionist agency, was supposed to work on the basis of having quick turnaround on projects’ delivery. He regretted that this was not the case currently.

Welcoming the Committee members to the NDDC permanent Headquarters , the Interim Administrator of the NDDC, Mr. Efiong Akwa, thanked them for visiting the Commission’s permanent headquarters and sought the support of the Committee in enacting legislations that would enhance the productivity of the interventionist agency and correct inconsistencies in the current NDDC Act.

He remarked: “There is a need for the House Committee members to interact with the NDDC to reform the NDDC Act. Like I stated at an earlier forum, there is the need to come up with a new Niger Delta Regional Development Master plan, as the previous master plan has expired. We seek your support in this regard.

Akwa stated that the NDDC was ready to work with the Committee to ensure a better life for the people of the Niger Delta region.
The NDDC boss stated that it was high time contractors were held accountable for every projects given to them for execution, noting that the commission must also ensure that contractors were paid mobilization to motivate them for every project awarded, as this was one of the reasons why some contractors abandoned projects.
Akwa later took members of the House Committee on a tour of the newly completed headquarters complex.