Billionaire heiress and disc jockey, Florence Otedola better known as DJ Cuppy, has responded to an ageist who made a snide remark about her single status.

Cuppy had taken to Twitter to share photos she took at the London Fashion Week and asked if she could add “modelling” to her long list of talents.

However, a Twitter user snagged the opportunity to tell the entertainer to find a man soon because she’s getting old.

Interestingly, the 29-year-old singer who will turn 30 in November, didn’t fire back at the troll but prayed for grace to see the age of 30 first before bothering about being unmarried at 40. 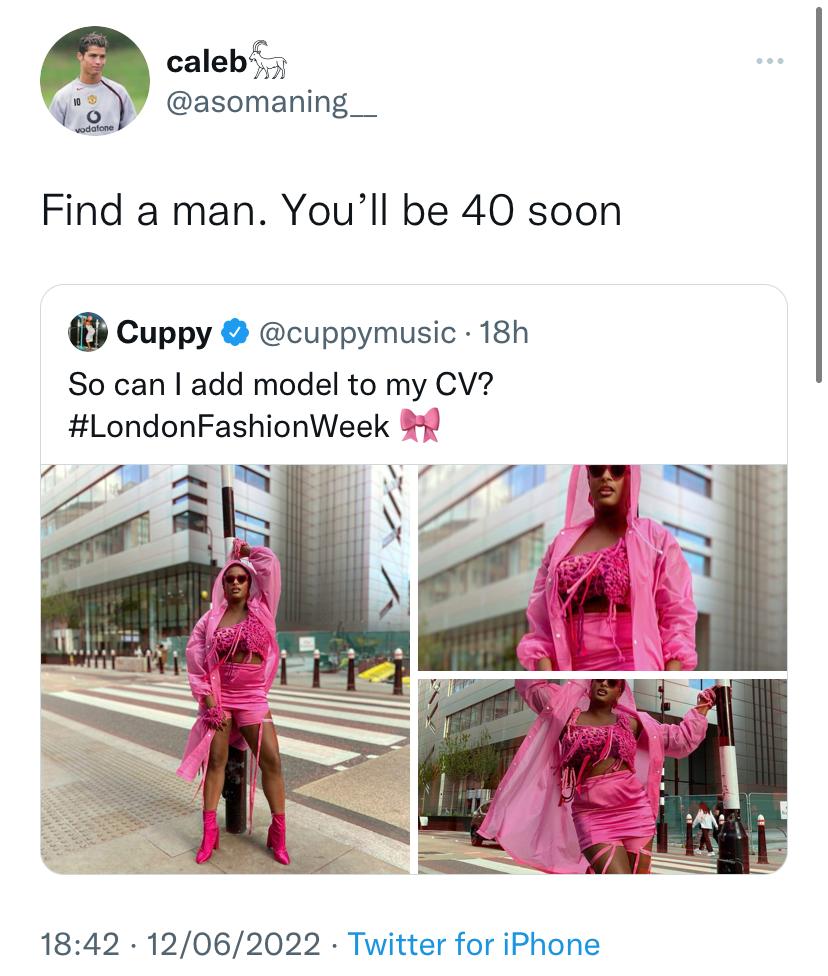 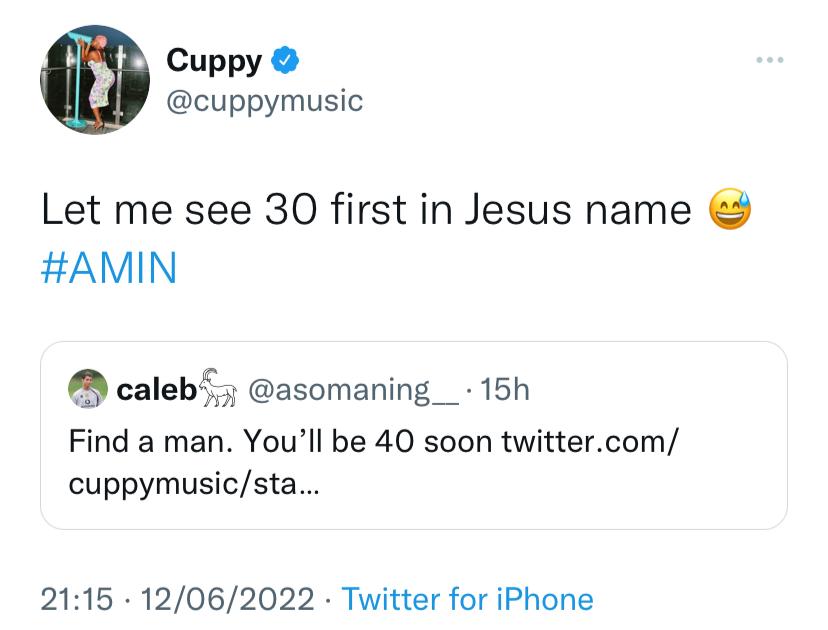 A while ago, DJ Cuppy issued a stern warning to anyone planning to make snide remarks about her brother, Fewa.

Cuppy gave this warning on her social media page on Thursday, June 2 while celebrating her autistic brother on his 22nd birthday.

According to the 29-year-old disc jockey, she would report and block anybody who says anything nasty about her brother’s disability.

She noted that she doesn’t care about what anyone thinks or says about her online, but she draws the line when it comes to her brother and would not hesitate to block the troll.

“Happy 22nd Birthday to my baby brother, Fewa Otedola! 🥳💕 In case you didn’t know my brother has severe AUTISM but there is absolutely no shame in being on the spectrum. He is my God-given gift 🎁 #FamilyFirst

See also  Little boy rescued after he was accused of being a witch, killing his mother and inflicting grandmother with sickness in Akwa Ibom

PS: I have not and will never give a fuck about what people say about ME on social media, BUT best believe IF anybody even TRIES to say anything nasty about my brother’s disability – not ONLY will I have them BLOCKED but I will also report them to Instagram for cyber bullying.”