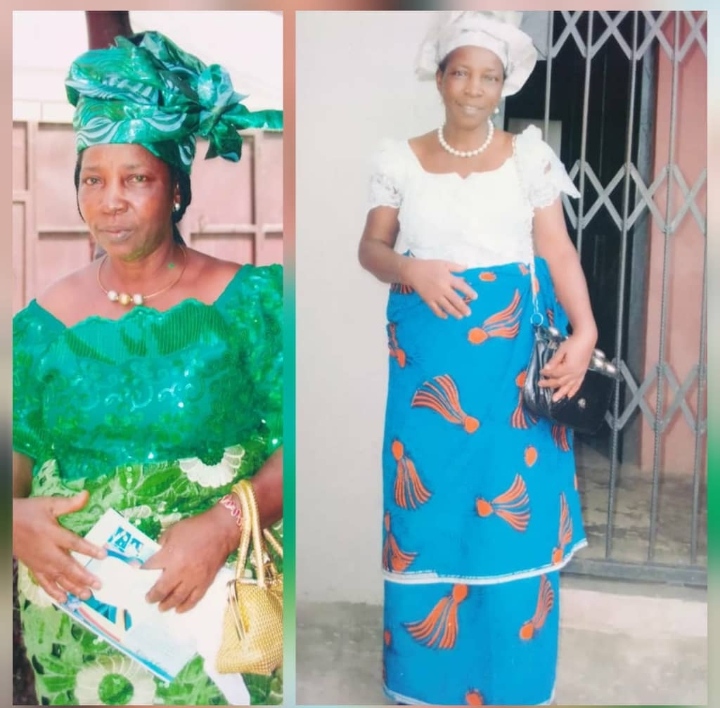 THE DEATH OF MY AUNT

The news of the death of my aunt, late Mrs. Joyce Chinero Eze on the fateful day of 2nd July, 2021 came to me and family as a rude shock. When my dearest Uncle, Elder Dennis Opkara Eze called me on the early hours of 3rd July, 2021 to brief me of the death of my aunt, I was speechless as her death denied me the opportunity to fulfil her prayer to me to visit her at her Port Harcourt residence so that she can cook for me.

MY ENCOUNTER WITH MY AUNT

Though my aunt is married to my uncle for many years and through their blessed Union both great males and females that have established their own families are brought into existence but my serious encounter with her was when I finished my Secondary School in 1979 and have no place to stay. She and her family accommodated me at their residence at Ahia Nine off Obiagu Road, Enugu until they left to a new accommodation very close to Kenyatta Market also in Enugu.

The importance of allowing me to stay with them in one single room with their children caused me to have fellowship with Christ Disciples Church (CDC) where I gave my life to Christ in 1979. My encounter with Christ has since changed my life and it was from here I laid the foundation of whatever it is that I am today in this world.

THE BIRTH, EDUCATION AND FEATS

Mummy Joyce Chinero Eze was born on the 12th day of June, 1948, into the family of late Mrs. Grace and Mr. Gabriel Anasi. She was the third child and first daughter of her mother.

Nonetheless, after the war, she proceeded to acquire a commercial training at the Singer Company, Enugu. There, she was trained on both sewing and catering. She later returned to her home town, where she started her sewing and baking career in 1983

Late Mummy Joyce Chinero Eze got married to my uncle, Elder Dennis Opkara Eze; in the year 1976 and the union is blessed with five children: two males and three females. She also lived to see many of her grand children.

She together with my uncle, established a school (The Kings Commercial Secondary School)

My aunt died on the hours of 8:00 pm, on the 2nd of July, 2021 at the age of 73 even as I pray God to grant her eternal rest from all the pain and sorrows she suffered in this wicked, rebellious and sinful world.

Death is inevitable and I am happy that my aunt died as a daughter of Christ and has gone to rest eternally with our Lord Jesus Christ so we are not mourning but rather celebrating a great lady whose godly life impacted on all that came across her golden path.

See also  “I saw 6 angels, three on the left and three on the right lifting T.B. Joshua up as he holds a trophy.”-Apostle Paul M.E

Her corpse will be conveyed from Port Harcourt Military Mortuary on 2nd September for burial and thanksgiving service.

Adieu Aunt and may our great God grant you the eternal rest you worked for and well deserved.

Chief Eze Chukwuemeka Eze is a Media Consultant based in Port Harcourt and can be reached thru ezemediaconcept2020@gmail.com, 08022049770