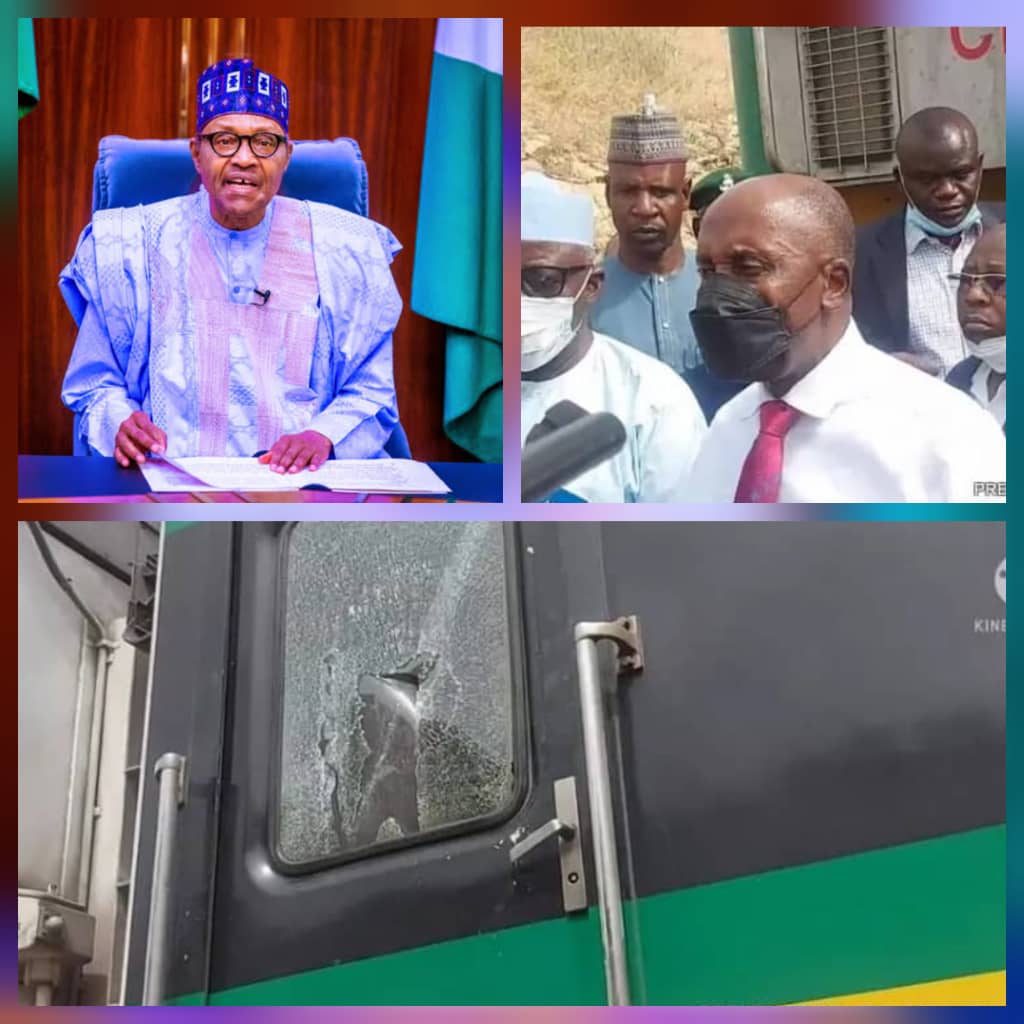 Eze Describes Monday’’s Attack on Abuja-Kaduna Train as Barbaric, Devious….Says it’s Clear Message of War, Not Just Attempt to Sabotage the General Security Architecture of Nigeria …Condoles with Families that Lost Loved Ones…Describes Adamu Garba’s Statement that Amaechi is Blackmailing Nigerians as Most Unfortunate and Mischievous … Counsels FG to Forestall a Recurrence of Such an Ugly Incident by Investigating the Rationale Behind the refusal of Request for Funds for the Procurement of Security Gadgets that would have Secured the Rail Lines and Alert Authorities of Dangers Ahead of Time.

Chieftain of the All Progressives Congress and erstwhile National Publicity Secretary of the defunct New People’s Democratic Party (nPDP), Chief Eze Chukwuemeka Eze, has joined other well-meaning Nigerians to condemn the horrendous attack on a Kaduna-bound train on Monday, which left Nigeria and Nigerians in total turmoil with many dead and several others with varying degrees of injuries.

In a statement made available to media houses in Port Harcourt, Chief Eze described the incident as barbaric and part of a grand plot by some groups of unconscious and conscienceless mortals to weaken the confidence of Nigerians in a strong, united and viral country and to destroy one of the major legacies of this administration – the rail revolution by Amaechi

“The heartless, devious and mindless terrorists’ attack against an Abuja to Kaduna bound train where about eight Nigerians were killed and dozens injured, kidnapped and hospitalized at this period is very sad and unfortunate.”

Chief Eze blamed the incident on the bloated bureaucratic bottlenecks and red-tapes in the Nigerian system which frustrated efforts by the Transportation Minister, Rt. Hon. Chibuike Amaechi, and his Ministry to install sophisticated security gadgets along the rail lines to monitor and report criminal activities around the rail infrastructure for the safety and security of passengers and the general rail transport system.

“The attack would have been averted if the request for the procurement of monitoring security machines made by the Minister of Transportation was acted upon accordingly. In this regard, President Muhammadu Buhari must set up an investigative panel to ascertain those behind the refusal of this idea that would have prevented this callous attack and lives that were lost particularly when the Ministry of Transportation assured that the project will be funded from the Ministry’s Budget.

We will no longer tolerate anyone behind the scene and plots to sabotage the great ideas of this administration to better the lots and secure this country.

The painful deaths and damages notwithstanding, I plead with the Federal Government, in line with the directive of President Mohammadu Buhari, to as a matter of urgency act upon the memo from the Ministry of Transportation on the purchase and installation of monitoring security machines to avoid this type of mindless carnage in future”, Eze stated, while appealing to Nigerians to always be at alert and promptly report suspicious moves to security agencies.

The Minister of Transportation, Rt. Hon. Chibuike Rotimi Amaechi, had in company of the Minister of State for Transportation, Sen. Gbemisola Ruqayyah Saraki, and the Minister for Police Affairs, Mohammed Maigari, visited the scene of the attack where he said he was devastated and heartbroken by what he saw and condoled with those who lost relatives and others affected by the incident.

However, Mal. Adamu Garba on the other hand took a swipe at Amaechi for pointing out that the deadly attack would have been avoided, by stating that the Minister was blackmailing Nigerians for failure to release the N3bn required to procure the needed security gadgets.

The quick defence of the withheld funds attracted suspicion from Nigerians who wondered why he jumped into such defence instead of condemning evil.

Eze counseled Mal. Garba and his likes to always try to have a better grasp of issues before resorting to attacks, noting that attempts to ridicule or input erroneous interpretation to the very clear comments of the Transportation Minister on the issue is unsavory at the moment.

Agreeing with President Buhari that the perpetrators of the criminal act should be fished and dealt with accordingly, Eze said there is need for modalities to be put in place to avoid such a callous and unwarranted attack in future and that cording to him, would mean approving the required funds for the purchase of the needed security machines.

“We must see this attack as an attack against the security, progress and future of this country and we should come out seriously against this senseless menace on innocent Nigerians.”

Condoling with Nigerians particularly the families that lost their dear ones over the incident, Eze prayed God to grant the souls of the departed ones eternal rest and called on the Transportation Minister not to be deterred but be strengthened to do more for the General good of Nigerians as he has always done.