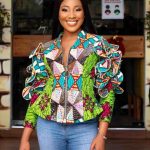 Attendees of the party include Elozonam, Mercy Eke, Erica, Kiddwaya, and many

The disqualified housemate of the 2020 reality show rocked a black and gold damask dress to the party as she did a beautiful catwalk to show off the details of her dress on her IG.

Watch the video below … 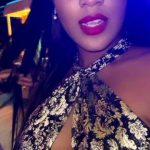