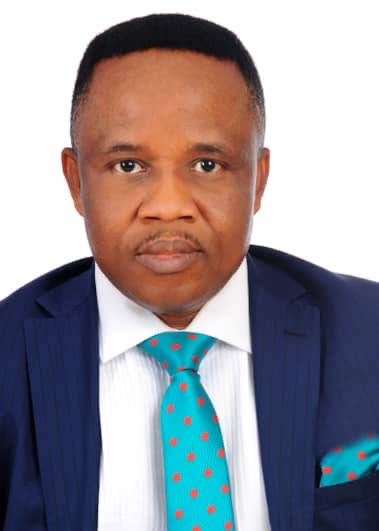 “You are a son of the Niger Delta and no one can challenge your right to be the administrator of NDDC. You have as much right to be there as anyone from this region and I personally will resist any attempt by anybody to come to Rivers State and block our roads because of that.”

Governor NyesomWike’s strong words of support for, and affirmation to, Mr. Efiong Akwa, the interim administrator of the Niger Delta Development Commission (NDDC) when he led a team of the commission’s directors on a courtesy visit to the governor at Government House, Port Harcourt, took many by surprise.
For a man known for his strong views, and whose unhappiness with the commission in the past had been liberally expressed, this was something new. But his next words betrayed the source of his avowed support for the new NDDC boss who was appointed in December 2020 to oversee the last stages of the forensic audit instituted by President Muhammadu Buhari to flush out corruption in the interventionist agency, as well as strengthen it to effectively and efficiently discharge its mandate. He said: “You have started well. You have an opportunity to make a change. If you partner with us, we will support you. If you continue with the way you have started, the governors of the Niger Delta will support you.” And he added: “Those claiming superiority in the ownership and affairs of the NDDC should steer clear. NDDC does not belong to any ethnic group in the Niger Delta region. Those who are seeing themselves as the owners of NDDC are mistaken.”

Indeed, Wike is not alone in his support for Efiong Akwa, whose name easily reveals his Akwa Ibom ancestry. In all his engagements around the region, there is a sweltering of support from stakeholders long desirous of an NDDC that works towards facilitating regional sustainable development. From the Ijaw mational leader, Chief Edwin Clark, to the foremost Niger Delta activist, Annkio Briggs, to Wike’s counterpart in Akwa Ibom State, Mr.Udom Emmanuel, Niger Delta stakeholders are lining up behind Akwa to strengthen his hands in the arduous task of fast-tracking development of Nigeria’s oil-rich region.
Providence, many would say, is inscrutable. Appointed first in August 2020 as Acting Executive Director, Finance and Administration, and as the organisation’s interim administrator in December, Akwa’s elevation could not have come without divine approval. And he has echoed this reality, stating in different occasions that the grace of God is manifesting in his appointment and activities.

Addressing staff of the NDDC earlier this year, he spoke about how the National Assembly, which had only recently appeared to be on the warpath with the commission, instituting several probes, rolled out its green carpet to accord him a listening ear, towards what proved an easy passage of the NDDC budget.
“It was a miracle,” Akwa said of his appearance at National Assembly, when Nigeria’s top legislative chambers were supposed to be on recess. “God showed me mercy, and showed NDDC mercy, because we couldn’t continue operating without a budget. In less than a few weeks, our budget was passed and we can go back to delivering on our mandate of developing, in a more efficient and professional manner, this great region of ours. Our people need it and have cried for it. We must answer their call for better service delivery.”

And, only last week, the House of Representatives Committee of NDDC visited the commission, the first time in over two years, to resume its oversight functions. The committee chairman, Hon. OlubunmiTunji-Ojo, stated that: “We are here to engage with you to enhance your service delivery, ascertain your challenges, if any, and explore ways of mitigating them. You have the assurance of this committee to support you in every way possible, including through legislative instruments.” He continued: “The NDDC, being a window of opportunity for the transformation of the Niger Delta region, can serve as the agent to catalyze regional integration and socio-economic advancement of its people. The committee is willing and ready to work with the NDDC in terms of drafting legislation that will ensure that the NDDC is more efficient and delivers on its mandate. We want to see the NDDC deliver on legacy projects like the East-West Road, the Calabar-Itu road and the Ikot-Ekpene-Aba road, while it still undertakes emergency projects. The committee will work with the NDDC to improve the lives of the people of the Niger Delta region.”
Obviously, Akwa’s leadership in NDDC, which Udom Emmanuel described as “private sector experience,” is making a difference quickly and opening up new vistas of opportunities for collaboration on the Niger Delta project. It reveals, as he says, his deep Niger Delta pedigree and passion for a region in which, he told Udom Emmanuel, his umbilical cord is buried: a son of the Niger Delta, as Wike asserted, and a child of providence.
Born on August 18, 1966, Akwa is a native of Oron, Okobo Local Government Area, an oil-bearing area of Akwa Ibom State. His journey in public service is grounded on a sound academic background, bestriding both the legal and banking professions, and is fuelled by activist passions and an impeccable moral standing as a Christian. Little wonder he has recorded, in less than 60 days, important milestones, displaying at all times an unwavering commitment to help rebuild the commission, as well as the capacity to manage its complex profile.

See also  Follow up on an earlier discussion today on the topic….

He holds a master’s degree in business administration from the University of Calabar, Cross River State, a bachelor of law degree (LLB) and master’s in law (LLM) from the Rivers State University of Science and technology, Port Harcourt, and has been called to the Nigerian bar. Currently, Mr. Akwa is pursuing a doctorate degree in law (research in International Environmental Law) in NnamdiAzikiwe University, Awka, Anambra State.

In 2008, Akwa attended Wharton Business School, University of Pennsylvania, Philadelphia, USA, where he did a course on International Housing Finance and Mortgage Securitazation. Similarly, in June 2010 he attended the Global Strategic Management Programme at Harvard Business School University of Massachusetts, Boston, USA.

He also attended a course on Persuasion/Influencing at Columbia University Graduate School of Business, New York, USA in September 2015.

Mr. Akwa is also an Alumnus of the London Business School in the United Kingdom, where he attended the Senior Executive Programme on Strategy Leadership and Transformation. He is also a Fellow of the Institute of Chartered Accountants of Nigeria (ICAN), a Fellow of the Chartered Institute of Bankers of Nigeria and a Lawyer. He was the Regional Manager in-charge of South/South states of the Co-operative Development Bank Plc, covering Rivers State, Akwa Ibom State, Bayelsa State, Cross River State, Delta State and Edo State, a position he held until the end of Bank consolidation exercise in year 2005.

He was engaged, from 2007 to 2013, as the Managing Director/CEO of Akwa Savings and Loans Limited (Mortgage Bankers), a mortgage finance institution owned by the Government of Akwa Ibom State of Nigeria, where he initiated and effected turn-around strategies. Thereafter, he served as Special Assistant on Finance to the Managing Director/CEO of Niger Delta Development Commission, Port Harcourt. He also served as a Non-Executive Director of FHA Mortgage Bank Limited, Abuja, representing Federal Government’s interest.

Akwa was also appointed by the president to serve in the Technical Working Group of Nigeria Vision 2020, an assignment to which he brought his wealth of experience. He brings that experience and passion to NDDC as interim administrator, proving that greatness may be in the genes, but only by applying it can the world see, appreciate, enjoy and celebrate it. Just as, perhaps, the NDDC.

Perhaps, his style, passion, commitment, “private sector experience” and willingness to engage with all stakeholders, at every level, as alluded to by these stakeholders, might as well become the catalyst needed to change the fortunes of this interventionist agency, into one that addresses the long-held yearnings of the beleaguered and frustrated people of the Niger Delta region. And truly serves them.