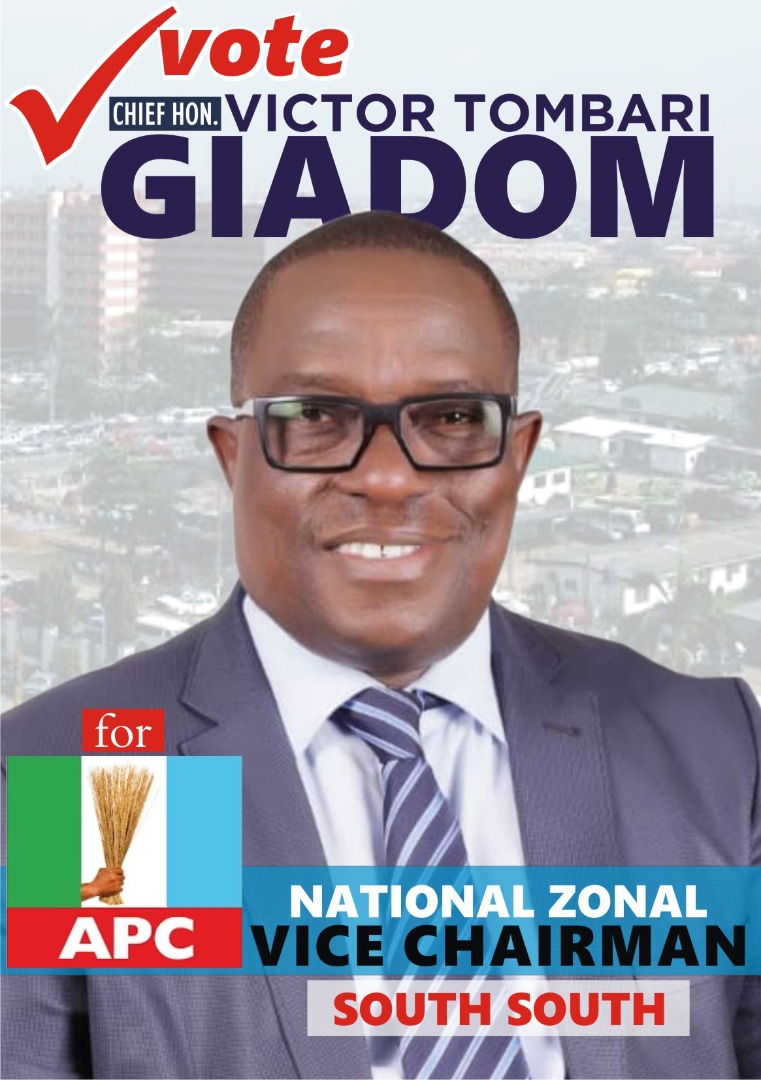 DISREGARD BLACKMAIL AND FAKE STORIES AGANST GIADOM BY THOSE AFRAID OF CONTEST.

The attention of the South-South Coalition for Chief Victor Giadom campaign has been drawn to a malicious story orchestrated by a certain faceless group that Chief Victor Tombari Giadom, possess a “questionable WAEC certificate”, thus “not qualified to contest for position in the coming national convention of the All Progressives Congress.

The faild campaign sponsored and planted mainly on social media is not only false, it is a complete blackmail emanating from those afraid of Chief Hon. Giadom’s growing popularity and are jittery of going into an election contest with him, as such they are now suffocating in the heat of eminent defeat.

Chief Giadom is eminently qualified for any position and he is in the race contesting to be National Vice Chairman, South South zone of the APC, and he is confident of victory come March 26th, 2022.

The public is advised to disregard such fake stories in it’s entirety, as it is already dead on arrival.