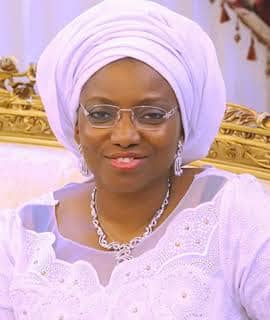 Attempts To Sully, tarnish and malign Her Reputation Is An Exercise In Futility

Online news reports linking Dame Judith Amaechi -former Rivers First Lady and wife of Nigeria’s Transportation Minister, Rt. Hon. Chibuike Amaechi, to some shady contract deals and illicit financial flows in the Niger Delta Development Commission (NDDC), has been described as an artfully contrived gimmick fabricated by political jobbers and men of cruel pedigree, to besmirch the reputation of the Minister and bring his family to public odium.

Refuting the report as grossly unfounded, Chieftain of the All Progressives Congress and erstwhile National Publicity Secretary of the defunct New People’s Democratic Party (nPDP), Chief Eze Chukwuemeka Eze, said the ‘stuff and nonsense’ does not worth the time and attention of the reading public but only merits the waste bin from whence it possibly emanated.

Recall that news rippled over the weekend accusing Mrs. Amaechi of receiving from the interventionist agency-NDDC, contracts worth over N70b during the pendency of the era of Prof. Nelson Braimbaifaa led management team.

In a statement made available to media houses in Port Harcourt, the party chief said Judith Amaechi is one virtuous character and personification of godliness, whose reputation strongly abhors indulgence in fanfare of squander mania and thus, could not have engineered or colluded with any individual or legal entity to rip-off the NDDC and the Niger Delta public, such a whooping sum that would go a long way towards creating jobs, improving economies of states and reducing poverty in the region when appropriately utilized.

Eze stated that this latest but futile efforts to malign and tarnish the good image of the Amaechis is nothing but the battle of 2023 though sad and unfortunate it simply expose the fears of opposition politicians particularly now that Rt. Hon. Dr. Chibuike Rotimi Amaechi is seen by many Nigerians as the solution to the myriad of challenges facing us as a nation seeing his remarkable pacesetting and revolution he is engineering to prove that we still have creditable and capable leaders in our midst.

First they started by attempting to deny him a political platform in Rivers State after which they started to link him with statements he never made after they failed woefully in all these, they now resorted to his wife, Dame Judith Amaechi by linking her to a non existent and phantom contracts in the Niger Delta Development Commission NDDC all aimed at maligning the image this family has built all these years just because of their fear that Amaechi is a more acceptable leader than them all.

Eze wonders how much is the budget of NDDC to warrant her to give out a whopping 70 Billion Naira to a single entity within a year thereby exposing how foolish those behind this wicked plot are. I therefore pleads with politicians to embark upon politics of decency and not engage in arts and acts of pulling down one another with hope of reaching their targeted political destiny as such will never work so far it concerns Amaechi, Chief Eze postulated.

Describing the former Rivers First Lady as a special breed, not given to hoggish appetite, Eze said Mrs. Amaechi’s contented carriage gave a reasonable boost to the giant strides of her husband when he held sway as Rivers Governor and her strong stance against corruption has continued to strengthen her husband’s resolve to keep a reasonable distance from acts capable of impairing his moral principles while religiously maintaining the virtue of decency in public life.

The party chief alerted that the malicious report which suddenly took flight to the media space and spread like wildfire is just a tip of the litany of cocktail of lies stockpiled by political adversaries and ill-wishers to discredit the Transportation Minister and incite the Nigerian public against him.

He called on citizens to be wary of the presaging sinister and satanic contrivance against the Minister and his family, noting that in coming weeks, more damaging but unsubstantiated reports will be churned out against Amaechi and his family, but assured that the devices of the crafty shall not see the light of day.

Admonishing Journalists and media practitioners to censor what they dish out to the reading public to avoid attracting the wrath of the law and turning into judgement debtors, Chief Eze reminded them that the law is always at a ready to intervene at the slightest manifestation of hateful intentions.

Eze appealed to Amaechi never to be distracted by the embarrassing report orchestrated and bandied by promoters of campaign of calumny, who are recklessly determined to disparage and smear his image, stressing that Nigerians have the facts and know better who their leaders are and their antecedents, and in due cause, the result will be public.

The erstwhile PDP spokesman encouraged Dame Amaechi, to continue to be a shining example of a virtuous woman and role model to young people especially, girls and tasked her to damn the fallacious and weightless report even as she continues to support her husband in his quest to restore the dignity and worth of Nigeria in the comity of nations.