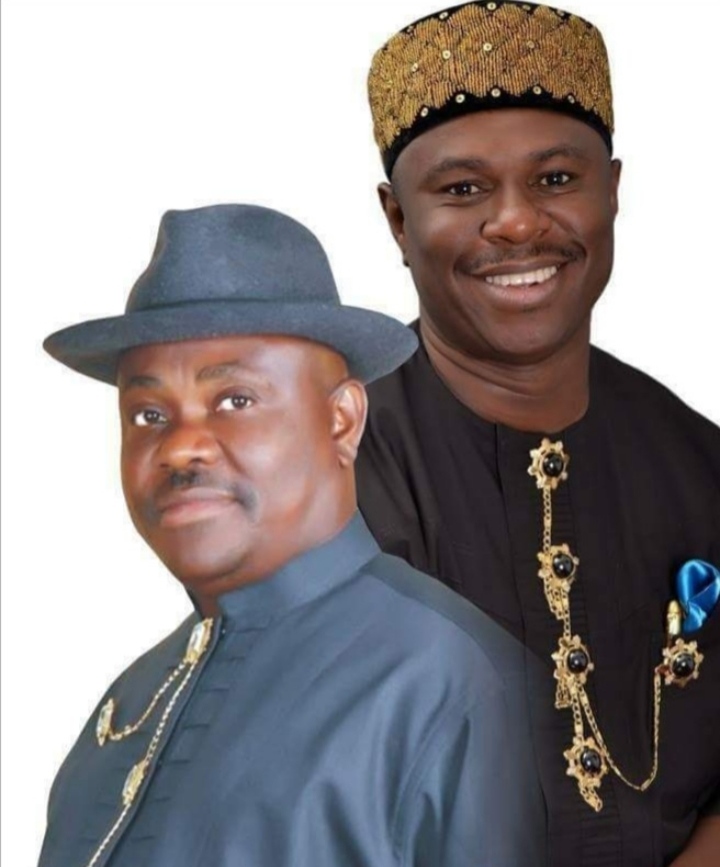 The attention of Rivers State  Chapter of All Progressives Congress ( APC) has been drawn  to a poorly scripted media release by the Government of Rivers State  titled “ RSG sends alert on orchestrated media campaign”.

In the said press release issued under the instruction of Gov Wike , the PDP led  Rivers State government alleges  that APC plans to use selected  media houses in the State to denigrate the government of Governor Nyesom Ezenwo Wike.

The Government claims that the imaginary media campaign is as a result of “ the intimidating sterling performance of Governor Wike in infrastructure, healthcare, education, agriculture, rural transformation, housing development, administration of justice, social welfare and  Sports development( Sic)”

Ordinarily  our party would not bother to respond to the weak defence mechanism of a failed government that loathes accountability and transparency.

But, for record purposes and especially outsiders who may be gullible to the media campaign of Governor Wike and his team, which is intended to deceive Nigerians, the APC  has not concocted any plan to sponsor any media campaign.

For the avoidance of doubt, the Rivers people are well aware that Governor Wike  runs a government that is out to punish and impoverish them for the benefit and sustainance of a few party lords who feeds fat on our commonwealth .

Wike’s greed, maladministration , incompetence , garrulousness, hatred for accountability and lies is enough media campaign for Rivers people to reject Wike and his cult of brigands who are out to milk Rivers State dry .

The truth of the matter is that Dr Dakuku Peterside , a leading light in Rivers State , celebrated columnist and a major stakeholder in APC have been invited by different media organizations in Rivers State to X-ray state and national development  issues in line with his regular weekly column that commands wide followership.

Dr Peterside , a well known national figure who has earned his place in national discourse was invited as an individual  and not as representative or spokesman of the APC .

The question agitating the minds of Rivers people is why is Gov Wike jittery?  It is obvious Gov wike and the government he leads hates to be asked to account  for their financial transactions .

To fully understand Wike’s fear is to appreciate that no government in the history of Rivers State has dished out so much lies  as the present government has done,  with a clear intent to deceive all and sundry .

Wike has embarked on building bridges that have  no impact on the local economy or the welfare of the people. While Wike and a tiny clique of party lords are getting rich from the common purse, majority of Rivers people, including PDP members are being impoverished .

Rivers State Government under Governor Nyesom Wike can only boast of their record of
renovation of schools and a handful of hospitals as legacy projects for a state that earned  more that N2.4 Trillion in six years.

Out of a homogous sum of N2.4 trillion, it is on record that a total of N200billion was donated to unworthy causes while pensioners are being owed, workers denied their promotion and other entitlements while the state Secretariat stinks and depreciates.

Wike’s personal legacy includes buying up all the available land in Port Harcourt and forcefully recruiting young people to join  his “group “.  It is unfortunate that Governor Wike has taken Rivers State ten years back from where he met her .

The APC will respond at the appropriate time but for now let the government wait for the seasoned and reasoned comments of the cerebral minded Progressive, Dr Dakuku Peterside .

While the APC which is gathering statistics on the expenditure pattern of Governor remains committed to its historic mission, our take, there is absolutely no need for the Goverment to be consumed by imaginary illusions that are obviously making it jittery at this time.