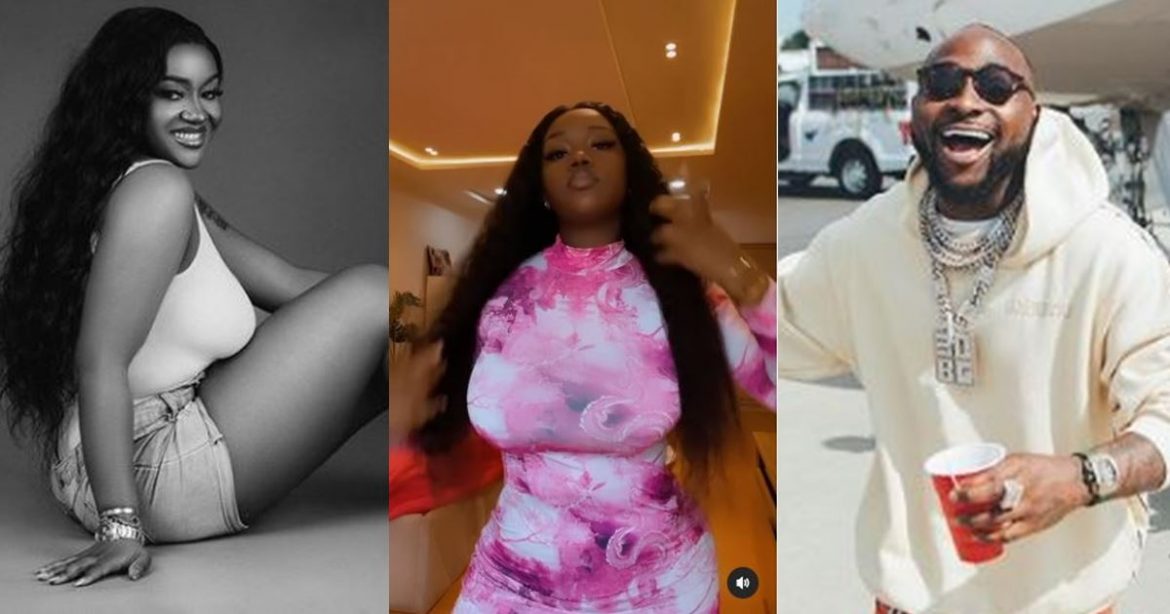 Chioma Avril Rowland, the third baby mama of the popular singer, David Adeleke alias Davido has reacted to the laudation he showered on her after sharing a recent video of herself.

Chef Chi’s short clip caught her baby daddy’s attention and subsequently caused him to extol her as the best chef in the world.

Reposting the video on his Instagram story, OBO wrote:

Reacting to the applaud, Chioma also shared Davido’s post on her Instastory alongside kissing emojis.