Popular social media influencer, Raheem Abike Halimah, better known as Papaya Ex, has reacted to reports that she’s dating a married man and was recently allegedly confronted by his wife.

The internet celebrity made headlines after she was seen in a viral video looking downcast as she was being confronted by an alleged wife of a man whom she was allegedly dating. ICYMI.

Instagram blogger, Gistlovers, in a series of posts also alleged that Papaya Ex is in an amorous relationship with the married man who is said to be sponsoring her lifestyle. 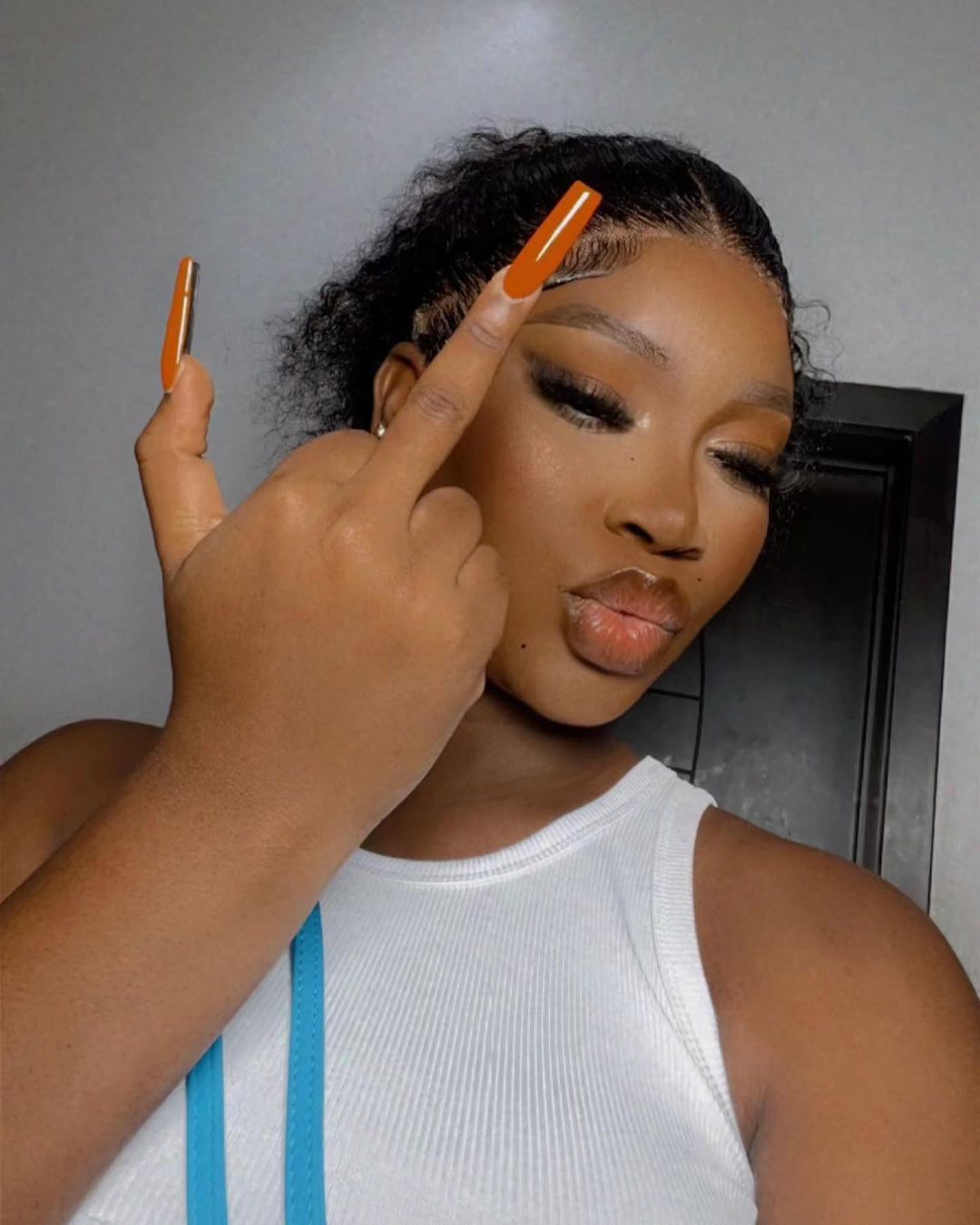 Reacting, Papaye Ex has now taken to her Insta-stories to debunk the reports, maintaining that her lifestyle is not being sponsored by anyone.

She added that she refuses to be bullied by the controversial blog and she’s at will to do whatever she pleases.

“Must to think I’m one of your hungry slay queens you can use fake gist to blackmail. Just cook up stories and attack pubic figures fiam blow up, no be only married man I dey date sef, i dey date grandpa.

“I’m not gonna kiss your filthy ass…post whatever! I can do whatever I like, stop playing If I wanna such a D I’m gonna suk one! you cant tell papaya what to do! Next”. She wrote in part.

See her posts below,