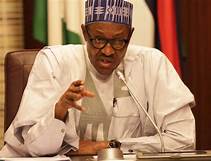 This is coming days after the International Criminal Court confirmed to SaharaReporters it had received petitions on the sacked military chiefs’ over human rights violations and crimes against humanity.

In a letter to the senate, Buhari said: “In accordance with section 171 (1), (2) (c) & sub-section (4) of 1999 Constitution of the Federal Republic of Nigeria as amended, I have the honour to forward for confirmation by the Senate, the under-listed five (5) names of nominees as Non-Career Ambassadors-Designate.

The President urged the Senate to give expeditious consideration to the nominations.

This is coming days after the International Criminal Court confirmed to SaharaReporters it had received petitions on the sacked military chiefs’ over human rights violations and crimes against humanity.

In a mail to SaharaReporters, ICC official, Fadi El Abdallah said, “Dear sir, as these matters are in the hands of the ICC Prosecutor, I would advise you to directly contact her media team. Best regards.”

Nigerians particularly had said Buratai, and his colleagues must appear before the International Criminal Court, The Hague, Netherlands, to answer for several massacres in the country under their watch with the most recent being October 2020 Lekki shooting, where a disputable number of civilian protesters were killed and injured.

Many Nigerians have also noted that Buratai and possibly others must be probed for what has become known as the Zaria massacre, which was carried out by the Nigerian Army in Zaria, Kaduna State, on December 12, 2015, against Shia Muslims, mostly members of the Islamic Movement in Nigeria.

At least 348 civilians were reportedly killed, with 347 bodies allegedly secretly buried by the army in a mass grave.

The Kaduna State government in April 2016 said 347 corpses were given a mass burial at the Mando cemetery after what they claimed was a clash between soldiers and members of the Shiite’s sect in the state.

The Secretary to the Kaduna State Government, Mallam Balarabe Lawal, who said this when he appeared before a Judicial Commission of Inquiry, added that the corpses were given a mass burial in a grave on December 14, 2015 in a cemetery along Mando/ Zaria Road.