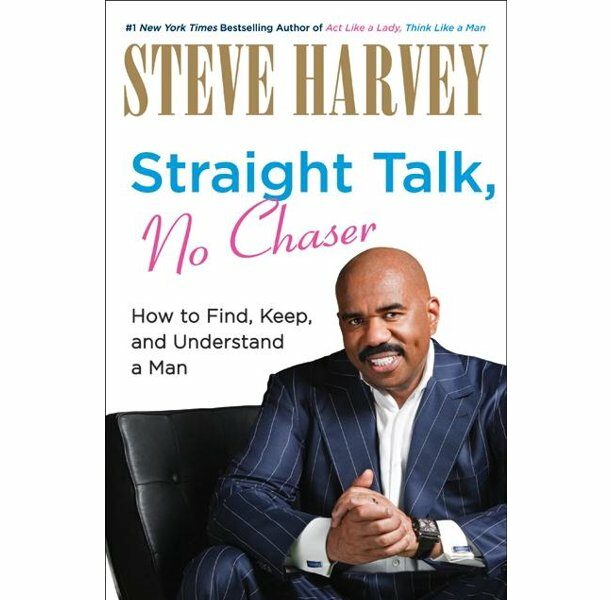 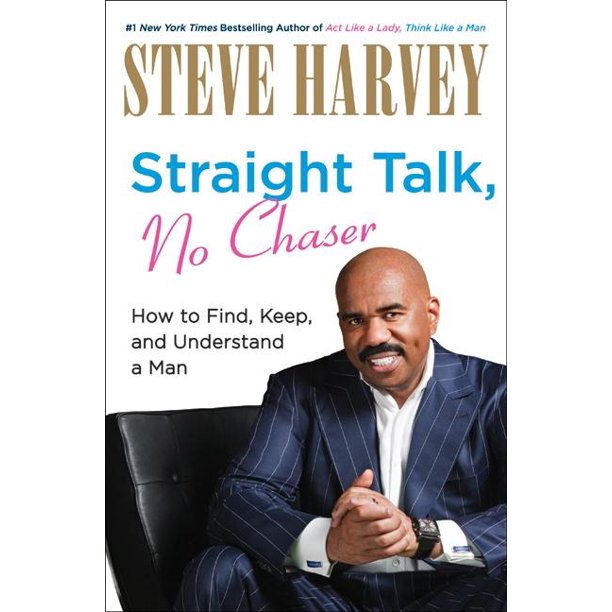 Broderick Stephen Harvey Sr., popularly known as Steve Harvey, is a prominent stand-up comedian, author and television host. Often referred to as a guru of relationship advice, Harvey is best known for his New York Times bestseller Act Like a Lady, Think Like a Man.

In Harvey’s book, Straight Talk, No Chaser, he provides insights into what men think about love, intimacy, and commitment. Studies show that men and women respond differently to relationships. Whereas women are often better at communication, men tend to be silent communicators. The latter often express how they feel through their actions and behavior, and not necessarily through their words.

For this review, I’ll focus on the first module of his book. Harvey says that not all men are ready for a relationship, and this is a pivotal statement. A man may like a woman genuinely, but he may not necessarily be ready for a serious relationship with her. And this could be due to several reasons, such as lack of emotional maturity, unresolved childhood trauma, fear of vulnerability, fear of commitment, and the like.

Harvey lists three things every man has to fulfil to feel worthy and therein commit to a relationship with someone. He says, “…everything a man does is filtered through his title (who he is), how he gets that title (what he does), and the reward he gets for the effort (how much he makes)”.

The age factor also determines how men feel about relationships. According to Harvey, a man in his twenties is “just starting to discover the cornerstones of manhood – who he is, what he does, and how much he makes.” Whereas women often refer to their biological clock, which symbolizes the psychological pressure that comes with not having a child at a certain age, men refer to their financial clock, which is a narrative that men tend to settle down when they are financially stable. For most men, this clock starts ticking at 30.

A man in his thirties is “beginning to solidify himself in his career, is starting to make the kind of money he’s wanted to make, and is achieving at least some of the goals he laid out in his master life plan.” The games start to get old, as he starts to accept the inevitable that “all of the running around and the chasing we did in our twenties feel like been there, done that in our thirties.”

A man in his forties is “feeling good about his station in life and is entering his prime, especially if he’s a husband and a father”,  however, if he is still single, he’s single for a reason. He may be scared of commitment, happy being single, or have given up on the idea of family life.

A man in his fifties and beyond is “working desperately to solidify his legacy. Simply put: he’s looking at the tape and trying to figure out how to set up his family for when he’s done working or after he’s gone from this earth.” What this means is that he will be in a better position to want to commit to his woman, “certainly more so than a man in his thirties and even forties.”

Steve Harvey opines that men are not intimidated by strong and successful women. He says, “Men don’t mind strong, independent, capable women by any stretch. What we do mind is feeling like we’re not needed.” A man feels like a man when he’s needed and desired by his partner. When it comes to women making more money than their men, Harvey says that the latter will hold it against themselves for not being able to meet up with their responsibilities.

Men often claim they don’t know what women want because they send mixed signals. In the same vein, women describe men as complex beings who give off conflicting signals. Truth is, human beings are generally complex systems. In Straight Talk, No Chaser, Harvey draws from his personal experiences and feedback from women across the country shared with him and offers his wisdom on topics beneficial to men and women today.