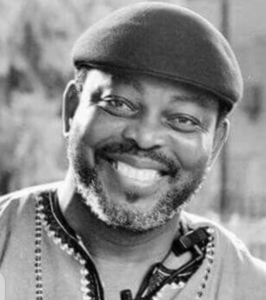 Award winning poet and author of ‘the love canticles’, amu nnadi, and Prof. Priye Elechi Iyalla-Amadi will lead a gathering of book lovers to a book festival scheduled to hold in Port Harcourt, Rivers State, next week.

Speaking to news reporters in Port Harcourt, the convener of the book festival, Mrs. Anita Ekwedigwe, said the two literary luminaries would hold a talk on improving the reading culture in the Niger Delta region, as well as on developing new talents in a region rich with literary history.

The festival, Mrs. Ekwedigwe said, would be hosted at the Port Harcourt Club 1928, adding that the Club’s Book Section is collaborating with Anita Book Cafe (ABC) and Reading Association of Nigeria (RAN) in what she said is the second edition of the book festival. It will hold from the 13th – 15th of January 2022.

She revealed that amu nnadi, winner of the ANA Poetry Prize in 2002 and 2013, as well as the inaugural Glenna Luschei African Poetry Book Prize in 2014, would perform poems from the recently published ‘the love canticles’, while Prof. Iyalla-Amadi, the National Director of Membership (RAN) would speak on *Travel Through Reading*, while SPAK Nigeria “the leading ballet dance school in Port Harcourt” will thrill the attendees at the festival.

See also  EFCC APPOINTMENT: "Be a Shining Example; You Are The Beacon of The Nigerian Youths in Leadership" Eze to Anti Graft Boss