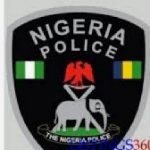 An Ekiti State High Court sitting in Ado-Ekiti, the state capital, has sentenced an Assistant Commissioner of Police, Okubo Aboye, to life imprisonment for buying stolen vehicle from kidnappers in the state.

In their testimony, the investigating police officers said the car was tracked down to the compound of ACP Okubo who on interrogation confessed that he bought the vehicle from his mechanic who received it from the kidnappers.

The prosecutor, Felix Awoniyi, revealed that “the offence runs contrary to sections 346(2), 1(2)a, and Section 5 of the Criminal Code Cap C16 laws of Ekiti State, 2012 and Robbery and Firearms Special Provisions Act, Cap R11, Laws of the Federation of Nigeria, 2004.”

In his judgement, Justice John Adeyeye found the ACP guilty and sentenced him to life imprisonment accordingly.
“I found you guilty of receiving stolen vehicle. All evidence pointed to the fact that you were aware that the car was stolen. You are hereby sentenced to life imprisonment for the offence,” he said.
To prove the kidnapping case, the prosecutor called seven witnesses while exhibits tendered included statements of the accused persons and bond to release the vehicle to the owner.