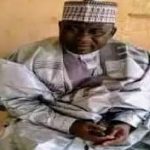 Recall that the state had on Saturday conducted it Local Government election which saw late Namadi emerging as one of the winners under the ruling party, All Progressive Congress in the state.
The deceased’s Campaign Director, Ibrahim Adamu Tiga, who confirmed the development said the chairman-elect, Namadi died around 1:00 am on Tuesday after a brief illness.

Tiga said the late Chairman drove himself to Bebeji General Hospital for medical attention before he gave up the ghost.

The Campaign Director, however, said a funeral prayer on the deceased, Namadi would take place in his hometown, Bebeji, on Tuesday morning.