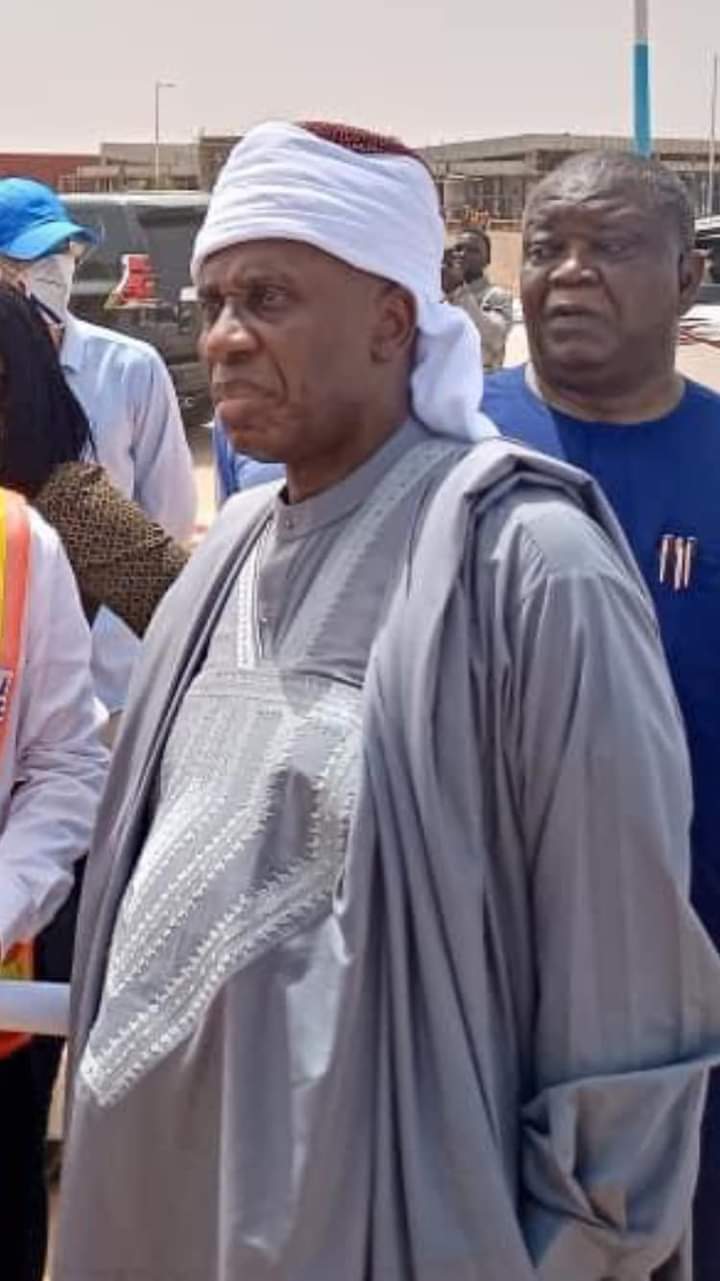 I have read some groups threatening the Rt. Hon. Chibuike Rotimi Amaechi, the Minister of Transportation, to resign within 48 hours after declaring to contest the 2023 general elections. It is very obvious that those groups are being sponsored by those who are threatened by Amaechi’s Declaration. I must say they are totally ignorant of both the Constitution and the Electoral Law of this country.

According to a statement made available to media houses in Port Harcourt by the erstwhile National Publicity Secretary of the defunct New People’s Democratic Party (nPDP), Chief Eze Chukwuemeka Eze and member of the APC Legacy Projects Media Team, counseled these misguided fellows to carefully go through the constitution and the Electoral laws of Nigeria and stop showcasing their ignorance. Amaechi will resign when the need becomes imperative.

For avoidance of doubt, Eze highlighted that section 84 (12) of the Electoral Act 2022 reads: ‘No political appointee at any level shall be a voting delegate or be voted for at the convention or congress of any political party for the purpose of the nomination of candidates for any election while Article 31 (1) (iii) of the APC Constitution (October 2014 As Amended), states that: “Any Party office holder interested in contesting for an elective office (whether party office or office in a general election) shall resign and leave office 30 days prior to the date of nomination or party primary for the office he or she is seeking to contest.

Not minding that the section of the electoral law as stipulated above is under Judiciary scrutiny, let me ask has APC fixed her primary to elect or select her presidential candidate and based on this fact is Amaechi involved in any electoral primary of his party to warrant him resigning at the moment. Both Amaechi and our Legal Team are fully aware of what both the Electoral laws and the constitution state and will act accordingly when it is time and not on any threat by any misguided Group or Groups.

With stand of one Dr. Farook Kperogi that Amaechi by declaring to contest the 2023 general elections before God and his people by last Saturday that he is a clown. This assertion makes it doubtful if truly Dr. kperong merits the academic titles he parades or if he needs to top up his credentials so as to understand matters better and educate Nigerians better.

How can you say that a man who was Speaker of a State Assembly like Rivers State for eight years and Governor for eight years, a man who in the history of politics all over the world acted as a Director General of a presidential Campaign Organisation that ousted a very powerful sitting President in 2015 and the reelection of President Buhari in 2019 and a Minister of the Federal Republic of Nigeria for seven years is not qualified to contest the number one seat of this country.

A man who was the Chairman of the Speakers Forum and Chairman of the Governors Forum is not qualified to contest an election again just because he is from the South-South then who in Nigeria is more qualified than him at the moment. By this position, Dr. Farook has succeeded in making himself the biggest clown in Nigeria.

Those still alluding to the train incident that claimed the lives of some Nigerians forgot that few hours after that incident Amaechi visited the scene and regretted the incident and pointed out that if his proposal was adhered such a calamity would have been avoided. He also visited and consoled those hospitalized promising to offset their hospital bills. What else do those the likes of Dr. Farook want from Amaechi?

Instead of blaming Vice President Yemi Osinbajo who ensured that the proposal that would have averted the train incident was thwarted, they have chose to focus on Amaechi as their scapegoat.

Sadly for Dr. Farook and his mischievous group, Vice President Osinbanjo has also declared but none of these clowns is mentioning him just because they are fully aware that Amaechi is the man to beat so far the 2023 general elections is concerned

Eze warns both Dr. Farook and his likes to desist from their foolishness and assist Amaechi to actulaise his dream to put this country back on greater wheel and make Nigeria a Super Power within the first term of his administration.