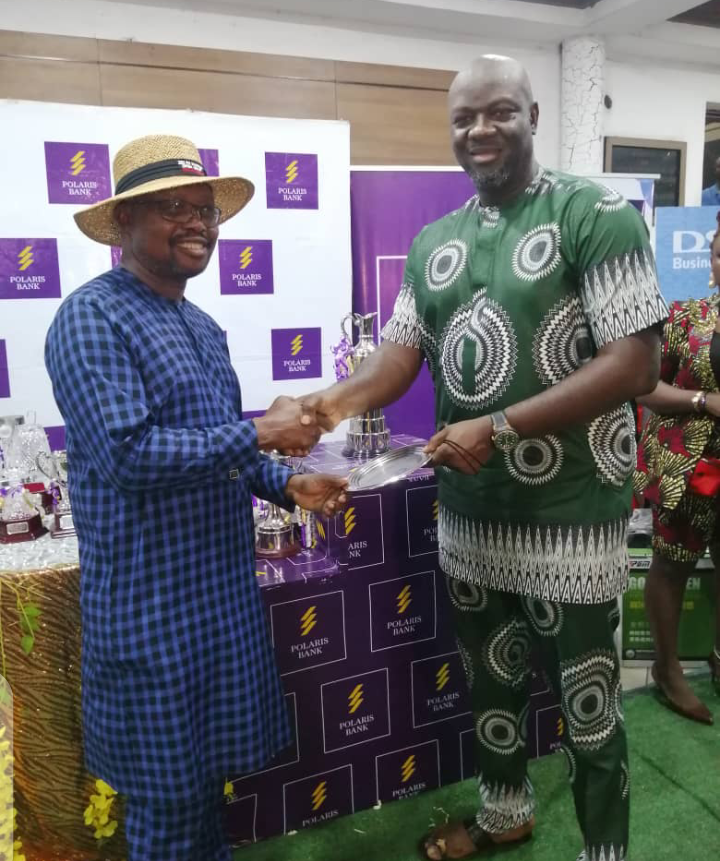 The award presentation held in an elaborate ceremony in Port Harcourt, marked the end of the 2021 Port Harcourt Club Amateur Open Golf Championships.

The two-day golfing tourney which began on Saturday, also ended with the presentation of prizes and trophies to winners and various categories of awards to deserving participants in the championship.

According to Mr Joseph Taouk, captain of the club, the award is in recognition of the Minister’s support in sponsorship of the just concluded 2021 Amateur Golf Championships.

Chairman organizing committee of the 2021 Amateur Open Golf tournament, Engr. @Innocent Ogbu while performing the presentation said, the award is not only an appreciation of the Minister’s sponsorship of the tournament, but also to thank him for his many contributions and support to the growth of the club.

Receiving the award on behalf of the Honorable Minister, Chairman South-South Zone of the Karate Federation of Nigeria and President, Port Harcourt Polo Club, Hon Engr Chukwudi Dimkpa, thanked the Golf section of the Port Harcourt Club for the honor, and commended the tournament committee for organizing a hitch-free competition.

The President of Port Harcourt Polo Club, Dr Chukwudi Dimkpa, who stood in for the Minister on Saturday, 23rd October, 2021, was also at the golf section of the club to perform the official tee-off, that heralded the grand opening of the just concluded championship.