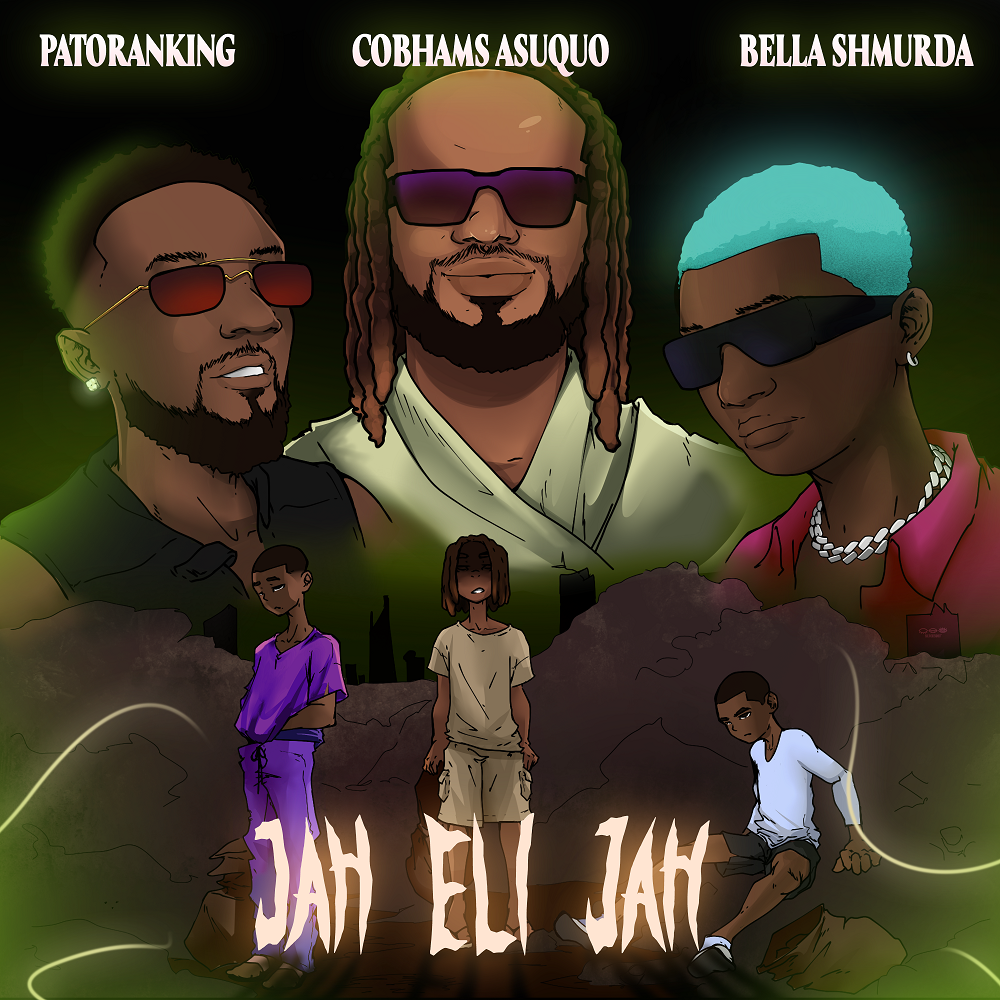 What many Nigerians consider as typical and full of vibes in the saturated music industry is a song that is not tongue-twisting and far-fetched, a song that approaches their restive experiences with absolute equanimity. This is what Cobhams’ new single brings to the table at first. In a society where herd-lovers of music are not gutsy enough to disembowel a song, reluctant to shirk routine but marketable lyricism for telltale signs of sprightly metaphors and philosophical finesse, Cobhams knows well this time around not to smuggle another studious metaculture into Afrobeats.

In his past proceedings, he’s been more of a lyrical veteran, waxing lines that brood over our world, lines that charge our minds, against default, to pay the price of protracted solemnity. Such is the case of his 2014 hit song, Ordinary People, a chef-d’oeuvre, a ruminant effusion over the need to oversimplify human existence. There, he croons with the theory that the world is already too chaotic to be tempered with further chaos, and he prescribes modest living because no single leader is worth dying for. This could have been food for thought and food for polemics at that time when Boko Haram-sponsored turmoil was in top gear.

Written and co-written songs like Asa’s Fire on the Mountain and Jailer, both released in 2007, prior to Cobhams’ first solitary foray, reek of thoughtfulness too, except that both expel us down the drain of dystopic revelation, an effortless anticlimax with sprinkles of recalcitrant hope. In Fire on the Mountain, there is some conscientizing, but the focus is on how Africa seems to be at ease as it self-destructs. When the Soldier man is accosted, Tomorrow is the day you go to war, but you are fighting for another man’s cause, and you don’t even know him, eyes roll back to the abstract purpose of senseless fight, a similar impression as the ‘no single leader’ line in Ordinary People.

With The Other Room, a 2016 single, Cobhams, together with Ugovinna, prefers to fire satirical arrows at some people he deems societal junks. And the lyrics are a hodgepodge of metaphors: ‘the other room’ for a place of moral decadence or compromise; ‘IG girls’ for side-chicks and avaricious ladies; ‘island boys’ for internet fraudsters, and so on. The song thrives on rhetorical questions and sarcasm that speak up about the inordinate desire for wealth. In some memorable breath, the persona quips: You’re a runs boy, then you must hate this song, Well I don’t really care if you hate this song, Wait, can you get higher than the dollar rate? You dey find work, can you be a masquerade? One wonders what exactly the gospel here is. Is the hypothetical Yahoo boy – the butt of the textlet – told to back off on his unethical enterprise? Or does the crooner entirely condemn him? Or is it moral salvation preached in a tongue-in-cheek manner? This is left for the intelligent listener to figure out.

But The Other Room is a successor to Boosit, from which it inherits its lyrical rebellion. Boosit is even more hard-hitting, a lofty piece of chastisement. Cobhams, over the intro, invites Falz to be the vanguard, acknowledging that: I know somebody who can talk about Boosit very well, his name is Falz. Falz, too, overdoing the partner-in-crime role vested on him, spits fire and brimstone about the cunning politician and the wife-beating husband. Then Cobhams shows up again to extend the argument: Whether you’re a husband, politician or pastor, if you cannot give the people whatever they ask for, don’t promise them cos we tired of your lies.

See also  "Their brains have been fried" – Singer, 2Baba slams Nigerians insulting him over rumors he got a banker pregnant

As a critic, when trying to intellectualize the musical experience, the Cobhams way is a prêt-à-porter choice, a boulevard of lyrical opportunities. Does 2015’s Do the Right Thing featuring Bez deserve the outright snub of any music connoisseur? With its didactic kowtowing? How about 2016’s soft-pedalled, still rhythmic Adore featuring Lauretta Cookey and Fome Peters, crafted as a tribute to Christmas? Does it crucify the essence of its composition?

Cobhams’s lyrics are hardly a quicksand, barely a ticket to superfluous escapism. For an entertainment magnate with no scandalous record, he panders towards a rather picture-perfect rehashing of social values in both music and conduct. In a recent BBC article, Cobhams is revealed as having spent the first thirteen years of his music career as a producer, playing notable roles in the careers of other music acts, including Asa. Here was a man who claimed to have started out behind the scenes because of self-doubt on the quality of his voice. While these beginnings might be a turnoff, an early sign of inferiority complex, they single him out, amongst the crowd, as an exemplum of modesty, a value that consistently underlines most of his musical contents, even in his quasi-radical agitations.

With his new single, Jah Eli Jah, Cobhams has decided against the businesslike models of his previous records. No hurtling. No hurling of jibes. Minimal cerebral stimulation. There’s more flippant emotional prodding to it than the compulsion to muse. But it’s a top-notch rhythm. The song involves the triumvirate of Bella Shmurda, Patoranking and Cobhams himself. Adopting popular grass-to-grace narration, these acts tweak their verses into slightly stylized versions of a single slingshot.

Bella Shmurda starts off, reminiscing lonely days, those days when we have to bustle to girlfriends. In his verse, some goodwill burst forth; he’s succeeded in lifting up his brothers, his dear friends, from the slums. Clearly, he hasn’t been self-centred, this impression lingers. However, Cobhams does not skim through any sordid past. What he wants us to see instead is his spiritual steadfastness. This he achieves with a momentary allusion to Luke 6 vs 28, after which he invokes prayers on his enemies, neighbours and on himself, before bringing us back to his present fortune. The transition process for Cobhams seems almost too supersonic to be segmentalized.  But can we really prove this?

Poverty just dey tele oh, but oluwa iwo nimo gbekele o, Patoranking croons. Just like Bella, Patoranking touches on his pitiable past, very quickly, creating a juxtaposition with the advantaged status quo. The line, from ghetto to oversea, although cliché, when taken as a self-sufficient point, hopes to form the thesis of his verse. However, this hope is trumped with the almost immediate entry of anywhere you hear my gbedu, follow me rock am, affixing itself to the preceding line so that another meaning naturally dawns on us: a personal appeal for musical disciples.

On the surface, Jah Eli Jah is about three champions scooped from the backends of destiny and put in advanced positions of life, most thanks to God. Though they attribute their current prosperities to this supreme deity, they are not brimful of the best yet. Beyond the surface, Cobhams indulges the average hustling Nigerian through the path of monotheism, but he does so in a cursory way of reinventing himself to suit the current taste of populist music.